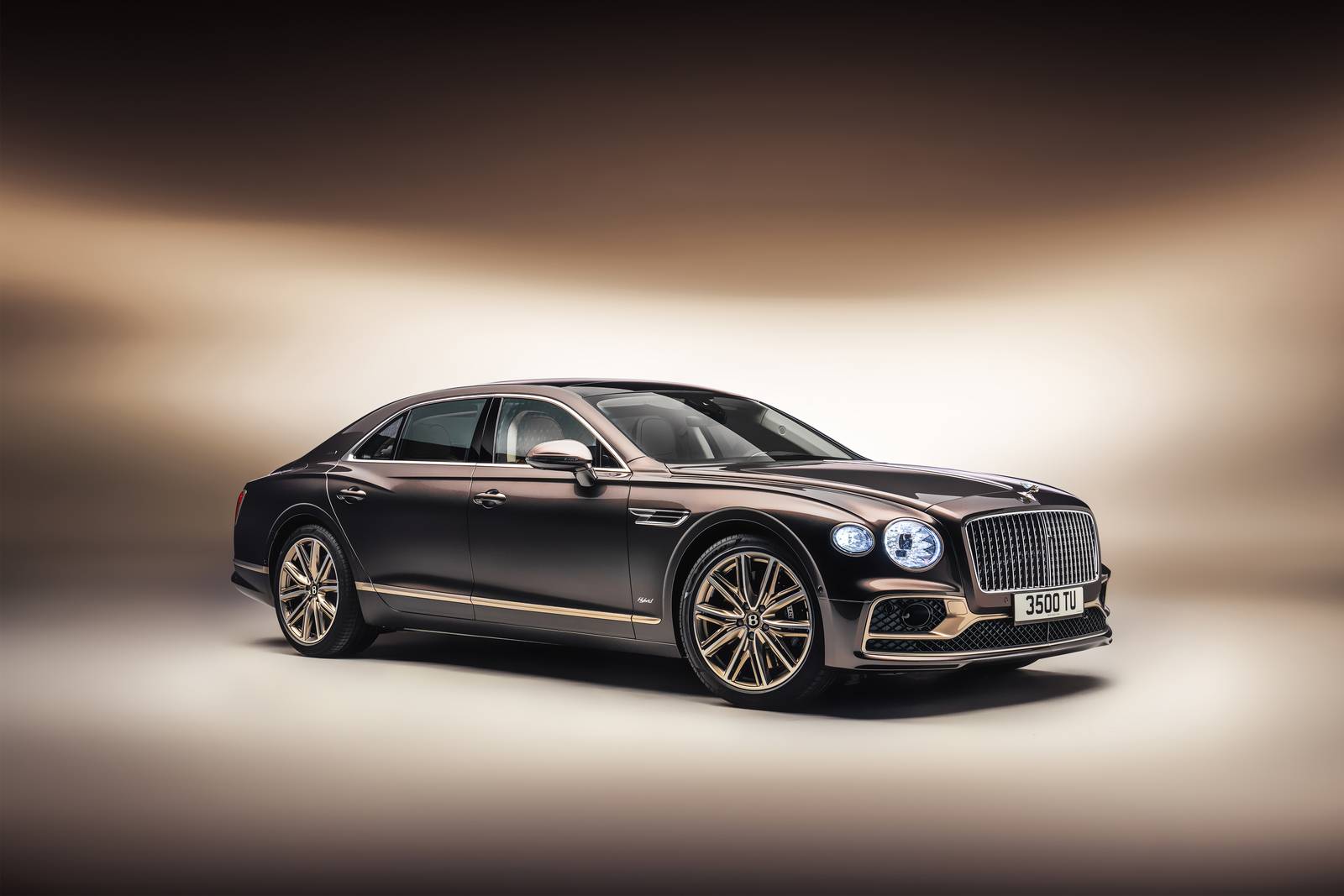 According to the British Automaker, it is the first step in its journey to offer new sustainable materials as part of its Beyond100 agenda strategy.

The Flying Spur Hybrid Odyssean Series is a limited-edition car inspired by the EXP 100 GT concept’s design. Highlights on the exterior of the Odyssean Edition include a golden-bronze color called Pale Brodgar.

The painted accents also appear on the 21-inch dual ten-spoke wheels, lower fixtures, the front, and rear bumper, headlights, taillights, and adds an exclusive character to the exterior.

This hue is reminiscent of details seen on the EXP 100 GT, which is a Bentley concept car that hinted at the brand’s electrified future. But, this being a Bentley, customers are free to choose from Bentley’s whole color palette for the exterior.

However, the manufacturer does recommend six hues that go well with these accents. Furthermore, all the logos on the entry strips and the D-pillar identify as this being the Odyssean Edition.

With a focus on sustainability, open-pore Koa (an acacia species) veneers that require 90-percent less varnish than high-gloss veneers while preserving the natural surface texture and beauty of the wood have been used. The veneer is painted with three ultra-thin coats of lacquer, totaling less than 0.1mm in thickness.

The center console is done in a clean, minimalist Piano Linen lacquer, and the inside is given a new dimension thanks to a special three-color leather scheme.

Sustainable leather, in addition to new materials, is used extensively across the interior due to its long-term endurance.
Tweed upholstery, made completely of British wool, is given special consideration, while floor mats made of sheep’s wool are optional.

Bentley claims to have performed a study into the driving habits of customers who purchased a Bentayga Hybrid, the company’s first-ever hybrid model.

According to their data, more than 90-percent of customers utilize their car on a daily basis, and nearly each one of the drives in EV mode, with 50-percent of them frequently traversing distances of less than 30 miles. That, by the way, is the electric range of the hybrid Bentley.

The Odyssean Edition employs the same hybrid powertrain as the Flying Spur Hybrid, which is a combination of an electric motor coupled to a 2.9-liter V-6 gasoline engine that produces 536 horsepower and 553 pound-feet of torque.

This enables this large luxury sedan to hit 60 mph in just 4.1 seconds and a top speed of 177 mph.

A 14.1-kilowatt lithium-ion battery is part of the hybrid powertrain. According to the European WLTP cycle, it can go 25 miles in electric mode.

Bentley has neither revealed the pricing of the Odyssean Edition, yet, nor has it stated how many will be made. But, special editions like the Odyssean shows Bentley’s commitment to sustainability and in the direction that the British Luxury Automaker is headed. Watch this space.