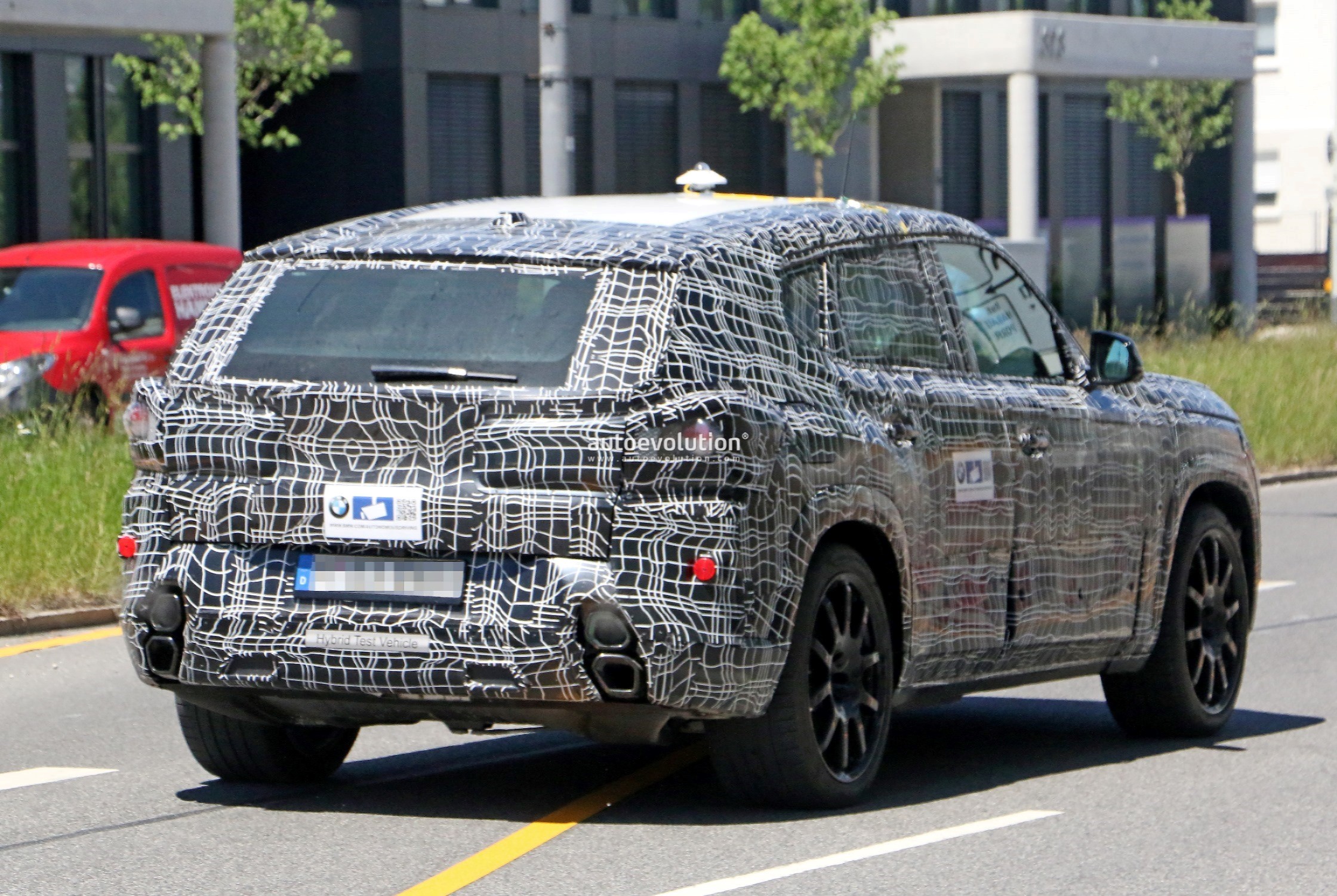 Internally codenamed G09, the X8 will bring forth an electrified M variant with interesting-looking exhaust finishers. Loosely inspired by the Lexus IS F of 2007 and Ferrari California of 2008, the X8 M test mule in the following pictures is shod in high-performance Pirelli P-Zero rubber.

Slotted above the X7 full-size utility vehicle, the coupe-inspired model is rocking split headlights that can only be described as unfinished for the time being. The same applies to the taillights and 10-spoke wheels, along with the side skirts and front grille. A very different affair from the X6 M we have today, the X8 M is rumored to develop approximately 750 horsepower.

Internal combustion is the duty of an eight-cylinder engine although we can’t say for certain if we’re dealing with the outgoing S63 or the brand-new S68 that BMW hasn’t confirmed or denied for production. The worst-case scenario would be the S63 twin-turbo V8 of the M5 CS, a 4.4-liter mill that cranks out 635 PS (627 horsepower) and plenty of torque at low revs.

An electric motor should provide an extra 200 horsepower from a standstill and under acceleration, and the near-instant torque is always welcome in these scenarios. Also expected with the dual-screen dashboard of the iX utility vehicle and i4 coupe-sedan thingy, the X8 M will be joined by a plug-in hybrid with many similarities to the X5 45e as well as an ICE-only V8.

According to sources, the G09 will be offered with two seating layouts. The five-seat model may be one-upped by a four-seat arrangement, which makes a lot of sense considering the position of the X8 within the BMW X lineup.

Also known as Project Rockstar, the X8 family of luxobarges should be ready for unveiling in the first part of 2022 while the X8 M may be introduced in May 2022 to celebrate half a century of BMW Motorsport GmbH.