A review of London’s Room2, the ‘world’s first carbon-neutral hotel’ 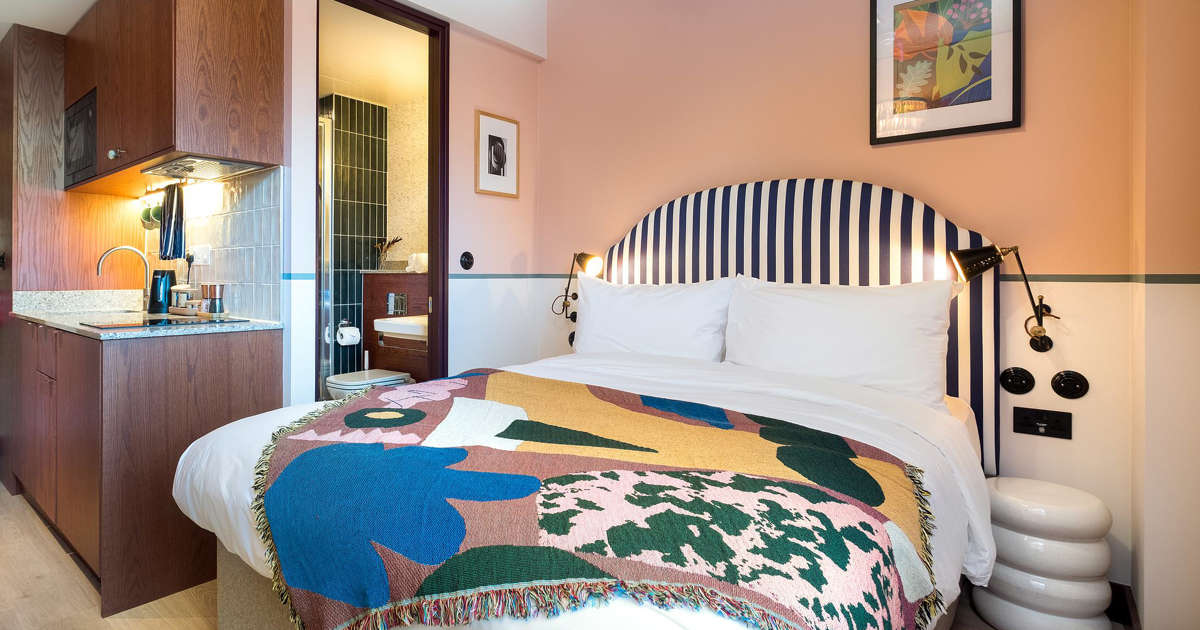 Room2 (dreadful name) claims to be the world’s first carbon-neutral hotel. There’s a plaque in the lobby that emphasises the point, saying ‘whole life, carbon zero hometel’, which means nothing before I reach my room, whereupon the ‘hometel’ is explained by the kitchenette with electric hob, sink and jars of tea and coffee.

Indeed, you could spend your ‘whole life’ here if you wished — just off Chiswick High Road, in West London, a mere 20-minute Tube ride to the centre of town.

So far so on-message, but I’m guilty of polluting the atmosphere with all kinds of toxicity, because on arrival the man sitting on a stool near the entrance, who’s in charge of checking in guests, is trying to sort out a protracted muddle about plastic keys.

© Provided by Daily Mail Room2 claims to be the world’s first carbon-neutral hotel, the Inspector reveals. Above is one of the hotel’s rooms

© Provided by Daily Mail The Inspector says that his room has ‘something of a 1970s retro vibe to it’ and features a kitchenette with an electric hob, sink and jars of tea and coffee


I hover for a full ten minutes, during which I ask two young things behind the bar if I can see the food menu.

‘We normally serve food, but not tonight,’ says one of them.

‘Shouldn’t you email guests and tell them the restaurant is closed before they turn up?’

Then I storm out to look for a cheap place to eat nearby (‘cheap’ is hard to come by in this leafy part of town) returning at 9.30pm, full of apologies for my earlier strop, which are returned in kind by the man on the stool.

Inside the new London Resort

He even presses the lift button for me.

© Provided by Daily Mail A view of the ground floor restaurant at Room2, which serves pastries and juices in the morning but no cooked breakfast


My first-floor room has something of a 1970s retro vibe to it. Bright and cheerful; wood floor; round bedside tables (far too small), window seat.

Pinned to a noticeboard is a ‘Vegan Parmesan & Garlic Pasta’ recipe and the room has its own recycling unit, with slots for paper and plastic, food waste and general waste.

Room2 occupies a new-build ‘inspired by the Arts and Crafts movement that originated in the Chiswick area’, says a note from the manager. The downstairs bar and restaurant is industrial chic, with exposed pipes and concrete ceiling.

© Provided by Daily Mail Above is the smart bar area at the eco-focused hotel, which is part of Boca Chiswick


This is where Boca Chiswick runs the bar and restaurant (when there’s a chef), though there’s no cooked breakfast.

Instead, the pay-as-you-go coffee bar offers various pastries and juices.

‘This all looks great,’ she says. And it does. Room2 is a brave and welcome new addition to London hospitality.

© Provided by Daily Mail According to the Inspector, the hotel is a ‘brave and welcome new addition to London hospitality’