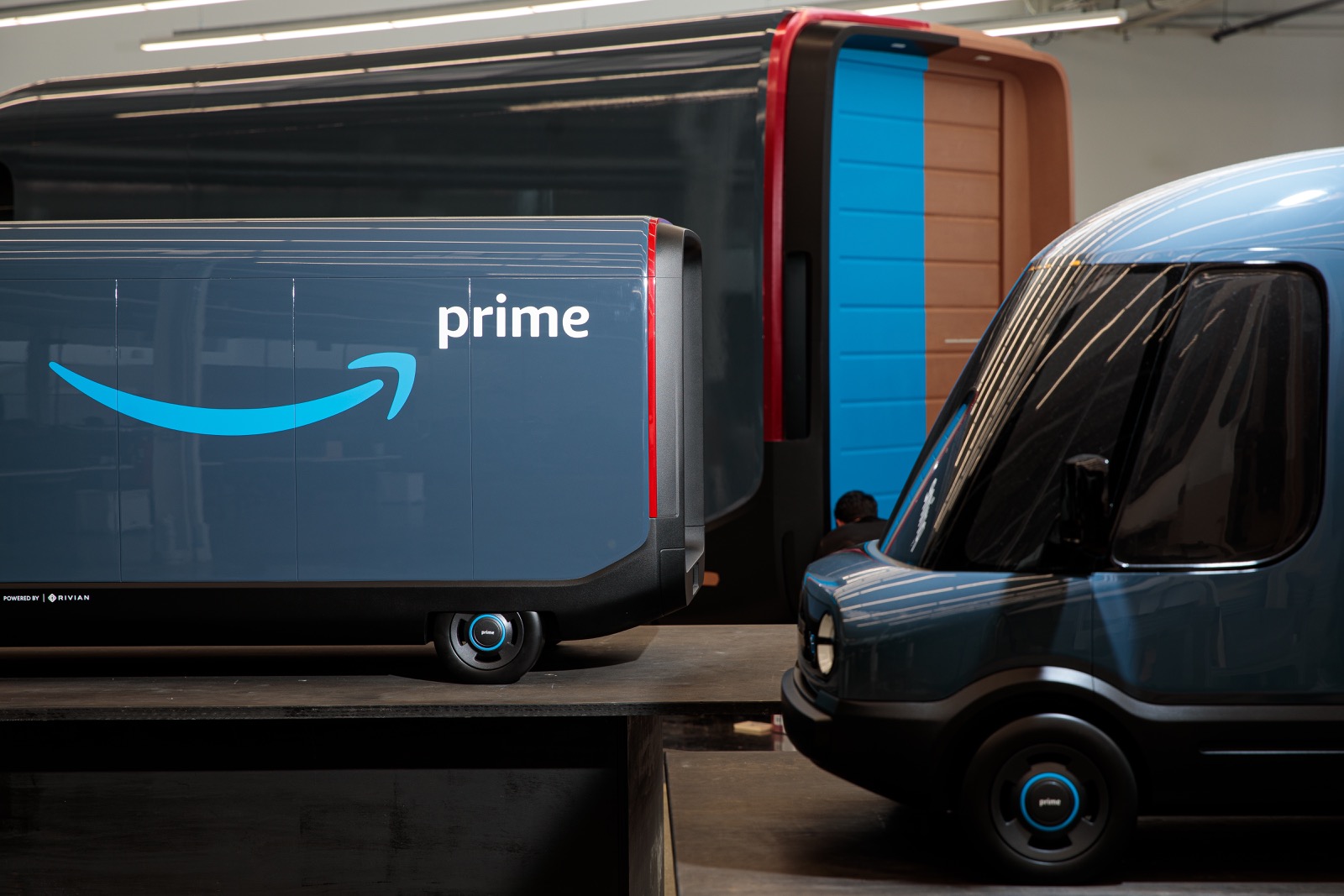 As Amazon’s sales skyrocketed during the pandemic, its carbon emissions rose — by 19%, according to its 2020 sustainability report, released Wednesday. That’s up from a 15% year-over-year increase in 2019. But at the same time, the company last year lowered its carbon intensity, a measure of carbon pollution per dollar earned, edging slightly towards its pledged goal to reduce its net carbon footprint to zero by 2040.

The report is Amazon’s third annual sustainability report assessing progress toward its 2019 Climate Pledge to achieve net-zero carbon emissions by 2040. Amazon aims to power its operations with 100% renewable energy by 2025 and make half of its shipments net-zero carbon by 2030, including through 100,000 custom electric vehicles that will be on the road by 2030.

But while overall emissions rose along with revenue, Amazon said its efforts and changes in consumer behavior during the pandemic blunted the overall impact on emissions, resulting in a reduction in carbon intensity. Carbon intensity is a metric that quantifies total carbon emissions, measured in grams of carbon dioxide equivalent, per dollar of gross merchandise sales.

The company says this reduction is “in line” with targets it is developing through a nonprofit group that works with companies reducing their emissions, the Science Based Targets Initiative. Amazon joined the initiative this June.

Nearly half of these improvements result from investments in renewable energy and enhancements in “operational efficiency.” The metric also accounts for changes in customer behavior, and a third of the improvement is a result of more people ordering food and other goods online, instead of trekking to physical stores. 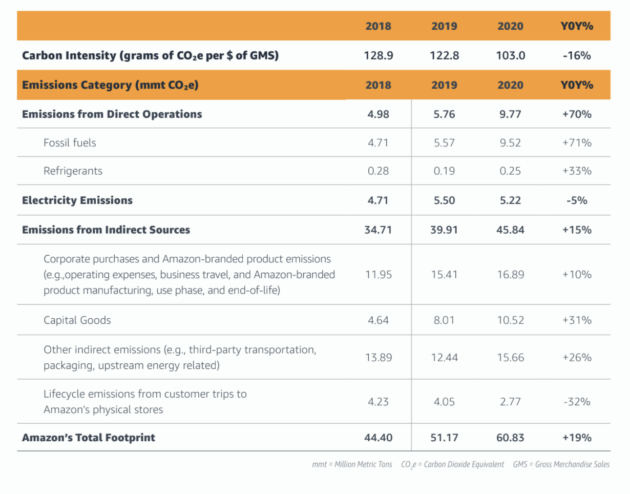 “While we are still in the early phase of decarbonizing our business, we are pleased to see meaningful progress in several areas,” Amazon said in the report. “We will continue to rapidly scale our investments in carbon reduction solutions that have large, long-term impacts.”

Greenhouse gas emissions reported by the company underwent independent review by a third-party auditor, the engineering and consulting firm Apex. Apex noted that while the determination of emissions is the sole responsibility of Amazon, Amazon established appropriate systems for collecting and analyzing their data and they found no evidence that Amazon’s greenhouse gas estimates were incorrect.

Last year the company said it used 232 wind and solar projects to power its operations. It also continues to electrify its delivery fleet with plans to get 10,000 Rivian vehicles on the road as early as next year. Amazon also unveiled a $2 billion fund to invest in startups building sustainable technology—and it won naming rights to Seattle’s Climate Pledge Arena.

Amazon’s announcement of the Climate Pledge, which has attracted more than 100 other signatories, came amid public pressure from the group Amazon Employees for Climate Justice, which urged the company to set more specific goals on climate change.

The annual report from Seattle-based Amazon emerges just days after the Pacific Northwest emerged from a massive “heat dome” that generated unprecedented high-temperature records throughout the region, an off-the-charts event that scientists say was made much more likely by a changing climate.

Fellow Seattle-area tech giant Microsoft also releases annual sustainability reports. The company reduced its carbon emissions by 6% in 2020. Microsoft is aiming to be carbon negative by 2030.