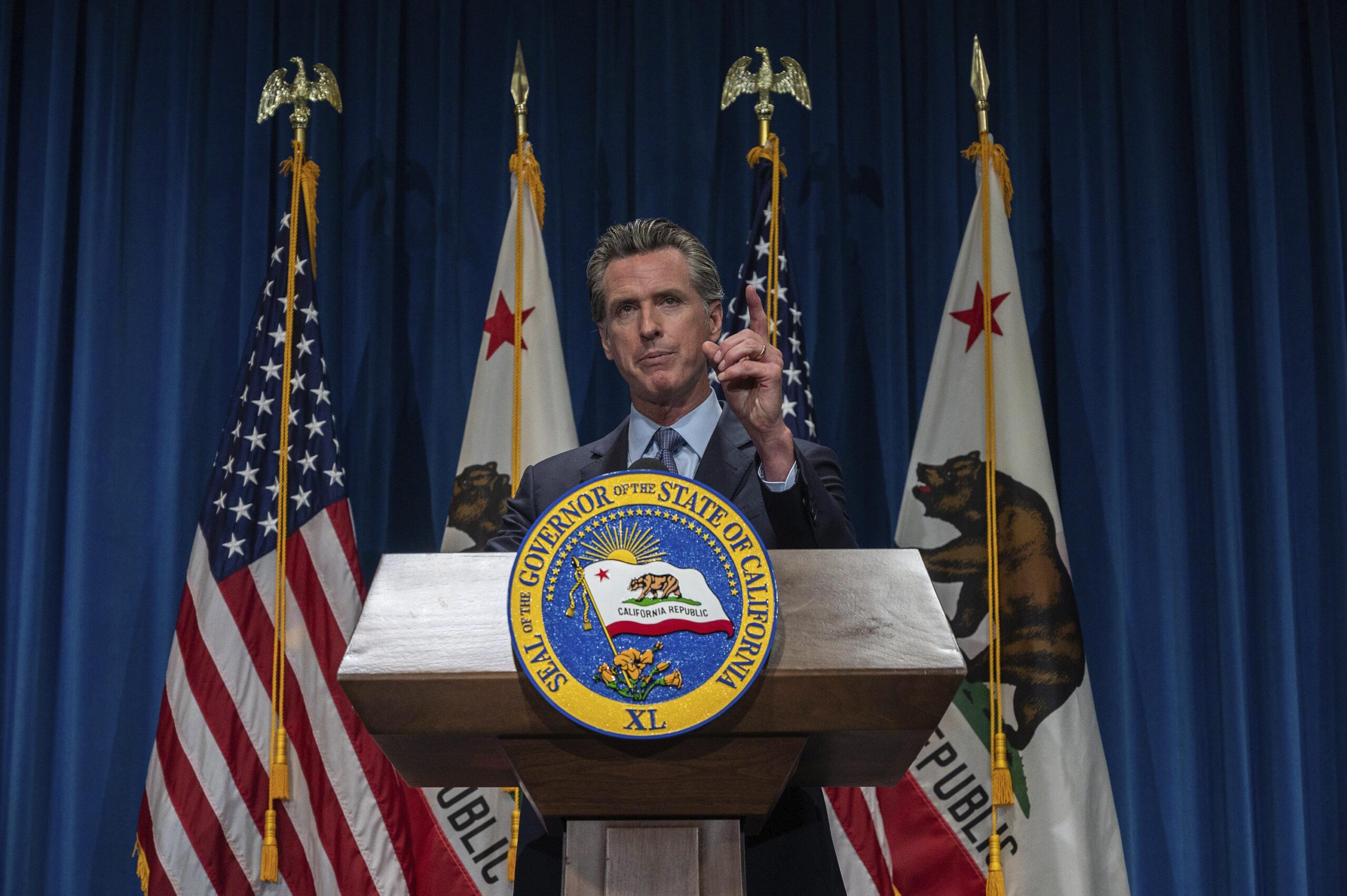 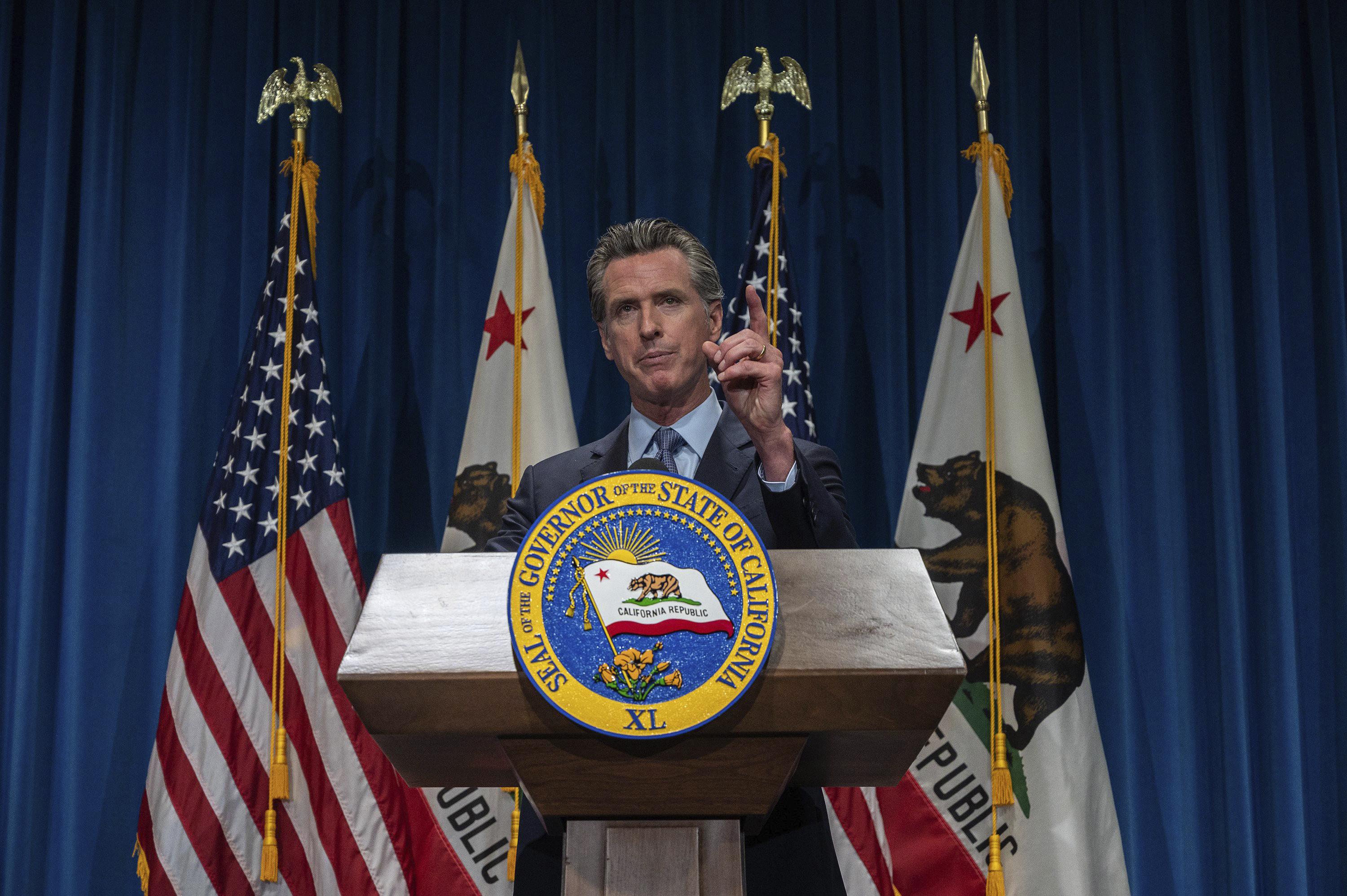 SACRAMENTO, Calif. (AP) — Despite more than $100 billion of new money to spend this year, California Gov. Gavin Newsom still wants to take more than $12 billion from the state’s primary savings account and other sources to increase state spending, according to an independent review of the governor’s proposal released Monday.

California has so much money that it took Newsom a full week to explain how he wants to spend all of it, culminating in Friday’s budget announcement where he presented his plan, including 400 new spending proposals, to the state Legislature.

Newsom said his spending spree was made possible by $76 billion in new state money plus an additional $27 billion in federal coronavirus aid from Congress. He announced taxpayers would be getting $8.1 billion in rebates, plus the state would eventually let every 4-year-old go to kindergarten for free.

It was fortunate for Newsom, allowing him to announce a host of popular programs in a year he is likely to face a recall election. But a review of his proposal by the independent Legislative Analyst’s Office shows Newsom’s plan would still withdraw $8.3 billion from two of the state’s savings accounts, plus borrowing another $3.8 billion from other sources.

It’s the type of maneuvering policymakers usually don’t use unless the state is running out of money.

“Using tools designed for a budget crisis to support state spending at this time is shortsighted and inadvisable,” the LAO wrote in its initial comments on Newsom’s proposal. “The state will need these tools to respond to future challenges when federal assistance may not be as significant.”

Newsom’s budget proposal would not leave the state’s savings accounts empty. The state would have nearly $20 billion in reserve by this time next year, an increase from $11.3 billion this year. That includes putting $7.6 billion back into the state’s primary savings account, plus using another $3.4 billion to pay down debt. But Newsom is required to do that based on voter-approved amendments to the California Constitution.

H.D. Palmer, spokesman for the California Department of Finance, said the Newsom administration agrees with the LAO that it’s critical for the state to have a robust savings account.

“At the same time, the state has not only immediate needs but well-defined infrastructure needs as well,” he said. “We believe the (governor’s budget proposal) strikes a proper balance, and we’ll work with the Legislature in the coming weeks to further discuss how best to balance these imperatives.”

Assemblyman Phil Ting, a Democrat from San Francisco and chairman of the Assembly Budget Committee, declined to comment on Newsom’s borrowing proposal, saying he is still reviewing it. But he said overall Newsom’s plan “is very much aligned with our thinking.”

The Legislative Analyst’s Office was established in 1941 to give advice to state lawmakers. Their primary job is to analyze the governor’s budget proposals each year.

The LAO and the governor’s administration sometimes disagree over numbers, but they usually aren’t that far from each other. But this year, the LAO says the state’s surplus is $38 billion — or half as large as Newsom says it is.

The difference, they said, is Newsom included a bunch of money in his surplus estimate that the state Constitution says must be spent on certain things, like public schools or paying down debt. The LAO does not consider that money “surplus,” since there are limits on how the state can spend it.

“I think most of what the governor is doing is posturing,” said Jon Coupal, president of the conservative Howard Jarvis Taxpayers Association. “He’s facing a recall election, and there is a lot in this budget that is just awful in terms of excessive spending.”

Ting said the disagreement was just “semantics,” saying both the LAO and the Newsom administration are talking about the same numbers.

Andrew Acosta, a Democratic political consultant, says it’s unlikely Newsom would benefit politically by calling it a $76 billion surplus instead of a $38 billion surplus. He said focus groups on budget issues have shown most voters don’t pay attention to the numbers.