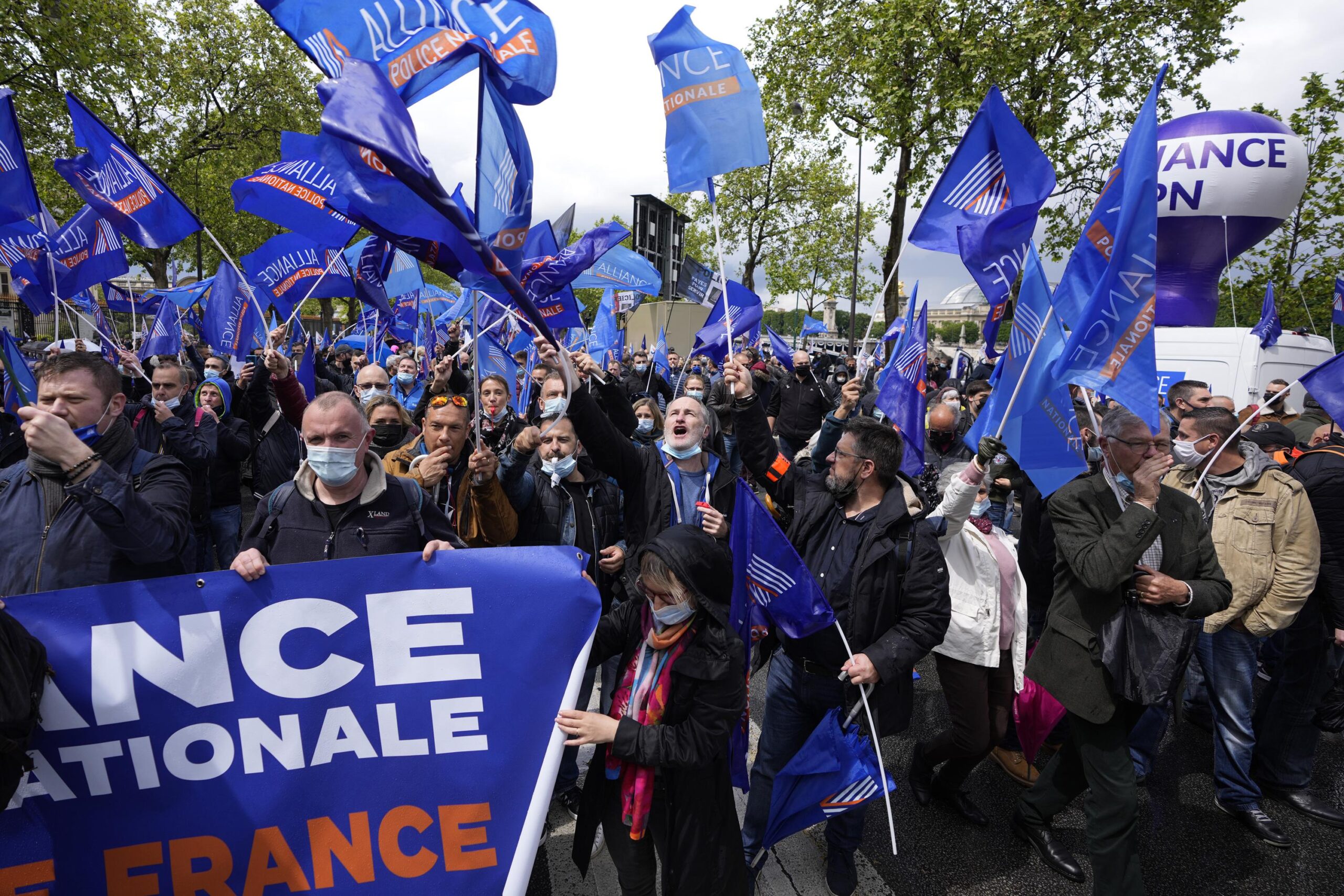 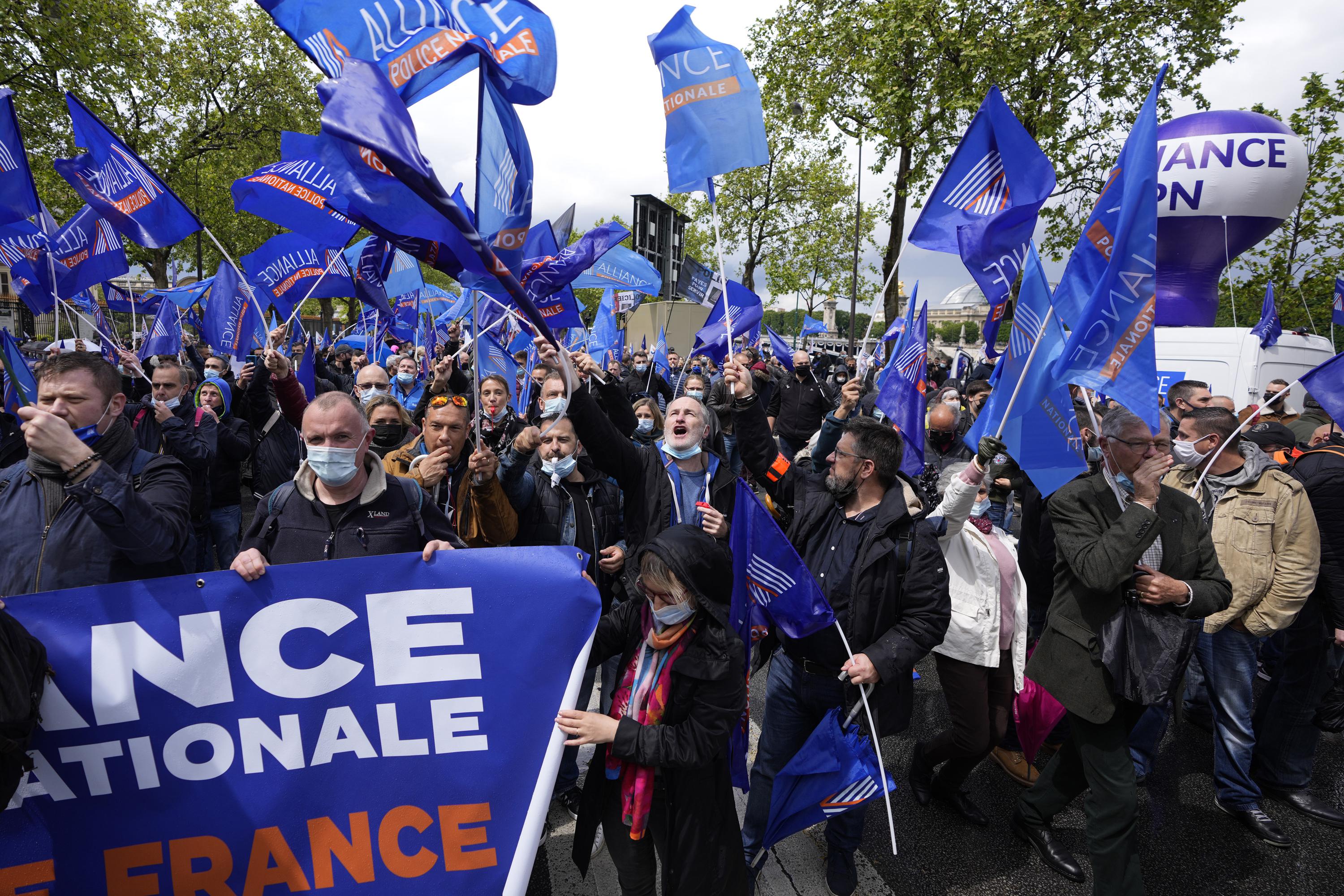 PARIS (AP) — French police officers held a huge demonstration outside parliament Wednesday to press for a law that protects the protectors who are feeling vulnerable to attacks, angry and useless.

The rally by security forces represented a bold and unusual move for members of an institution that stresses duty and discretion. The protest also morphed into what looked like a campaign stop for politicians ahead of regional elections next month and a presidential race next year, with security a top concern.

Interior Minister Gerald Darmanin showed up at the start, squeezing through a packed crowd of hundreds waving labor union flags. Representatives from the far-right National Rally and a multitude of other parties were expected to attend. The politicians clearly hope to send a message that security matters and police officers, a considerable voting pool, are their friends.

“You must help us, Mister Minister,” an officer said with emotion to Darmanin.

“Every morning when I awake, every night when I sleep, I think of you,” Darmanin said, adding that his presence at the protest was “normal” given his role as France’s top cop.

Police unions gave notice ahead of the rally that politicians would not be allowed to make speeches. “No one will confiscate the words of police or citizens,” said a statement by 10 unions holding the demonstration.

With two officers killed in recent weeks – one in a terrorist attack and another by a suspected 19-year-old delinquent – and constant encounters with young people who throw objects and fireworks, police are angry.

“Paid to Serve, Not to Die” read a giant banner in front of the National Assembly, the lower chamber of parliament.

Police are calling for a law that guarantees jail time for those who assault them and for a justice system that punishes the small-time offenders they arrest and re-arrest after courts set them free.

Polls show broad support for police, but critics cite instances of brutality, including a man who died this year after a beating. A group of organizations filed a lawsuit in January contending systemic racism in France’s security forces.

Officers reject what they label as “police bashing” that undermines their work.

Darmanin’s presence at Wednesday’s protest triggered a deluge of criticism. The hardline interior minister has made chasing down neighborhood drug dealers a priority.

French President Emmanuel Macron, who is expected to run for reelection in 2022, has put security high on his agenda. However, police want more than a list of promises, such as guaranteeing a 30-year prison sentence for anyone convicted of killing an officer.