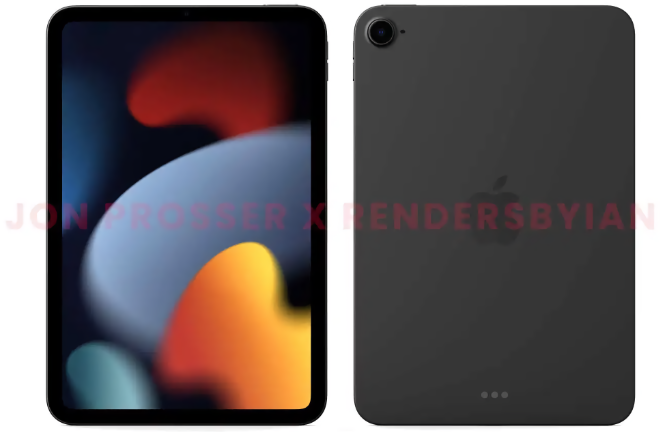 FrontPageTech.com has revealed the first redesign to Apple’s iPad mini in six years. The new design features the familiar flat sides and back seen in many recent Apple products. The design is said to be nearly identical to the 2020 iPad Air, just smaller.

Working with multiple sources, we obtained a blend schematics, CAD files, as well as real hands-on images with the newly redesigned iPad mini. As always, in order to protect the sources, I reached out to render artist, RendersbyIan, to have those images and schematics brought to life in hawt 3D renders.

Touch ID has now moved to the power button, speakers have been dramatically improved — in fact, one source referred to these new speakers as “crazy nice.”

The Lightning connector has also been swapped out in favor of USB-C, which is… an interesting move, especially for iPad mini.

According to sources, the newly redesigned iPad mini 6 will come in 3 colors: Silver, black and gold. But that’s not all for this little guy… Sources also referenced support for Apple Pencil… but not the current one. A smaller one.