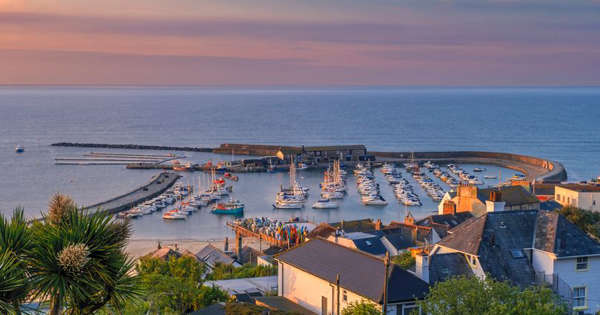 Angry residents at some of the UK’s most beautiful seaside towns have slammed rich Londoners for buying second homes during the pandemic, causing prices to rocket. Last year, Londoners spent an eye-watering £54.9billion on properties outside the capital, reports The Mail .

However this came at a cost – it’s made it almost impossible for young locals to buy their first homes. One of the places where Londoners have been snapping up second pads is in Berthwick – a town in Scotland.

70-year-old Meg Ennis, who’s lived there since 1970, shared how frustrated she feels at the situation. She said: “People have rediscovered North Berwick. There’s not so many bed and breakfasts and loads more Airbnbs. Tourists have always come here. Parking is diabolical here, it’s terrible. They’ve not got enough places to park.

READ MORE: The quaint seaside town where ‘rich Londoners are pricing out locals’ with their second homes


“During the first lockdown people were coming down for the day when there were no toilets open. They were parking on double yellow lines, traffic couldn’t get through, it was a bit of a disgrace to be quite honest. A lot of homes here are holiday homes and the youngsters can’t afford to pay the prices so they have to move away even though they were born and brought up here.”

Swanage, near Bournemouth, is another places Londoners often buy second homes. And this too has badgered the locals. Sarah Ronzevelli runs a local restaurant there and has struggled to find somewhere cost-effective to live for almost have a decade now.

She said: “It has been really difficult for us especially after the pandemic because the prices are getting higher and higher – people have been trying to get out of busy cities and buy properties in quieter places like Swanage.

“We’re struggling to find staff because it is mostly holiday homes, Airbnbs and second homes. There just aren’t many people of working age here and we are so far away from Bournemouth and Poole that people don’t want to commute.

“I am a good example. I have been trying to find a place I can afford for four years but prices are really high. For the last two years we have had to close during evenings for half the week because we don’t have the staff so it has had a big impact on business.

“We are mostly in need of chefs as well as butchers and fishmongers because we have a butchers and fishery in the restaurant. We also need three front of house staff. The only young workers are here seasonally – like when they come home from uni.”

Got a story? Please get in touch at rafi.benady@reachplc.com