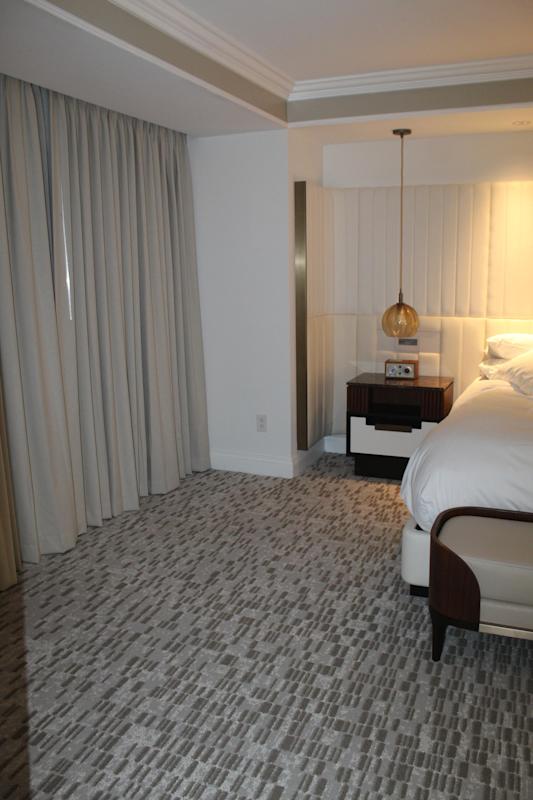 Photos from the hotel room were Bob Saget died were released to the public on Tuesday, one week after a Florida judge granted a permanent injunction blocking the release of the actor’s death records.

Yahoo Entertainment obtained the documents, which contain 57 images, including the last known picture of Saget alive, as well as redacted body camera footage from police. The final report revealed the Full House star, who was 65, suffered blunt head trauma likely by falling backwards on “something hard, covered by something soft.” Investigators leaned towards the carpeted floor in the hotel room, but noted “the headboard of the bed was lightly padded and set slightly out from the wall.”

In the photos released on Tuesday, the padded headboard is visible along with the carpet. Saget was found deceased lying on his back on the right side of the bed. There “were no signs of blood or bodily fluids” on the bed or “anywhere else in the suite,” according to investigators. Experts told Yahoo Entertainment that it’s very plausible a carpeted floor caused his head injuries.

Some of Saget’s personal effects are seen in the images, including toiletry items in the bathroom where he may have taken a shower before his sudden death. However, police don’t believe he slipped in the shower as it’s marble tile. Authorities ruled out “countertops, tables, nightstands, and other hard furniture in the room” as possibilities where Saget hit his head, because “all had sharply defined edges and corners and were thought to be unlikely due to the fact that they would have lacerated the skin.”

Among the images released is seemingly the last photo of Saget alive. The comedian took a selfie with a man who worked at valet when he returned to Orlando’s Ritz-Carlton Hotel after his stand up show at 2:13 a.m. on the morning of Jan. 9. The actor then used his room key to enter his suite five minutes later. No one came in or out until the actor was discovered by hotel security.

Although it seems odd more than 50 photos were released given the judge’s ruling last week, the Saget family was aware of what would be made public. According to the Orlando Sentinel, the Saget family attorney met with authorities and the two sides agreed that certain records and photographs of the actor’s hotel room are subject to public disclosure. Images containing certain personal effects were not released and parts of the final police report were redacted. Orange County Sheriff’s officials took 147 photographs as part of the investigation.

“The entire Saget family is grateful that the judge granted their request for an injunction to preserve Bob’s dignity, as well as their privacy rights, especially after suffering this unexpected and tragic loss,” Saget’s family attorney, Brian H. Bieber, said in a statement last week. “We are pleased this issue has been resolved, and the healing process can continue to move forward. All of the prayers and well wishes continuously extended to the family are beyond appreciated.”