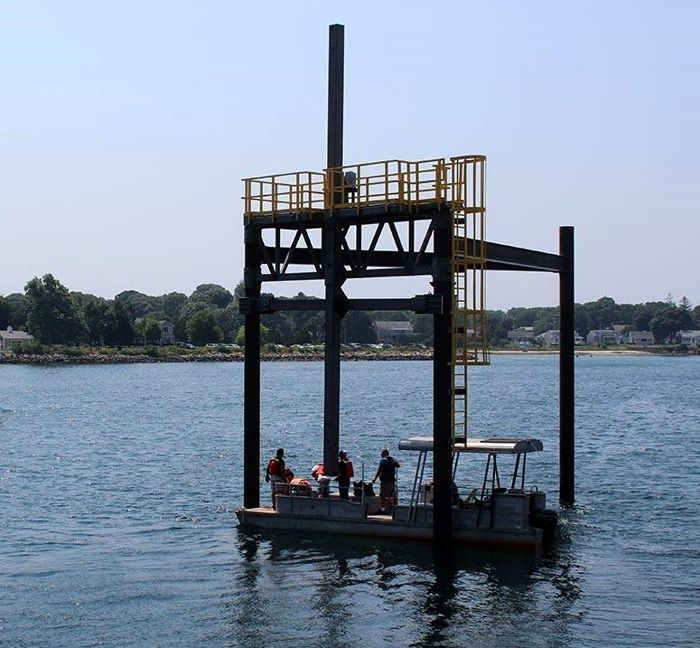 The first tidal turbine, along with an environmental monitoring system, will be installed this week at the Bourne Tidal Test Site, located in Cape Cod Canal in Massachusetts.

The installation, planned to take place on 21-22 June, will see the system placed on the Bourne Tidal Test Site structure, which is located near the railroad  bridge on the Bourne side of the Cape Cod Canal.

First, two sensors will be installed to monitor water conditions and fish behavior, along with a video camera to monitor the turbine and fish around it.

However, since video cameras require lights to work in darkness and these change fish behavior, an acoustic camera will also be deployed which uses sound for imaging. These are being placed to measure the tidal currents and observe the seabed in advance of installing a tidal turbine on the following day.

The demonstration is funded by the Seaport Economic Council. The grant also serves to fund partnership between the Falmouth Economic Development Industrial Corporation and the Marine Renewable Energy Collaborative (MRECo), the organization in charge of site development.

To remind, Bourne Tidal Test Site was established in November 2017. The site is suitable for testing of tidal energy components or turbines of up to three meters in diameter with maximum output of 100kW.

The site is part of the New England Marine Energy Development System (NEMEDS) which is a network of testing facilities located in around 150-kilometre radius.

These test facilities are expected to help marine energy device designers obtain valuable information that will enable them to scale up and commercialize more efficiently.