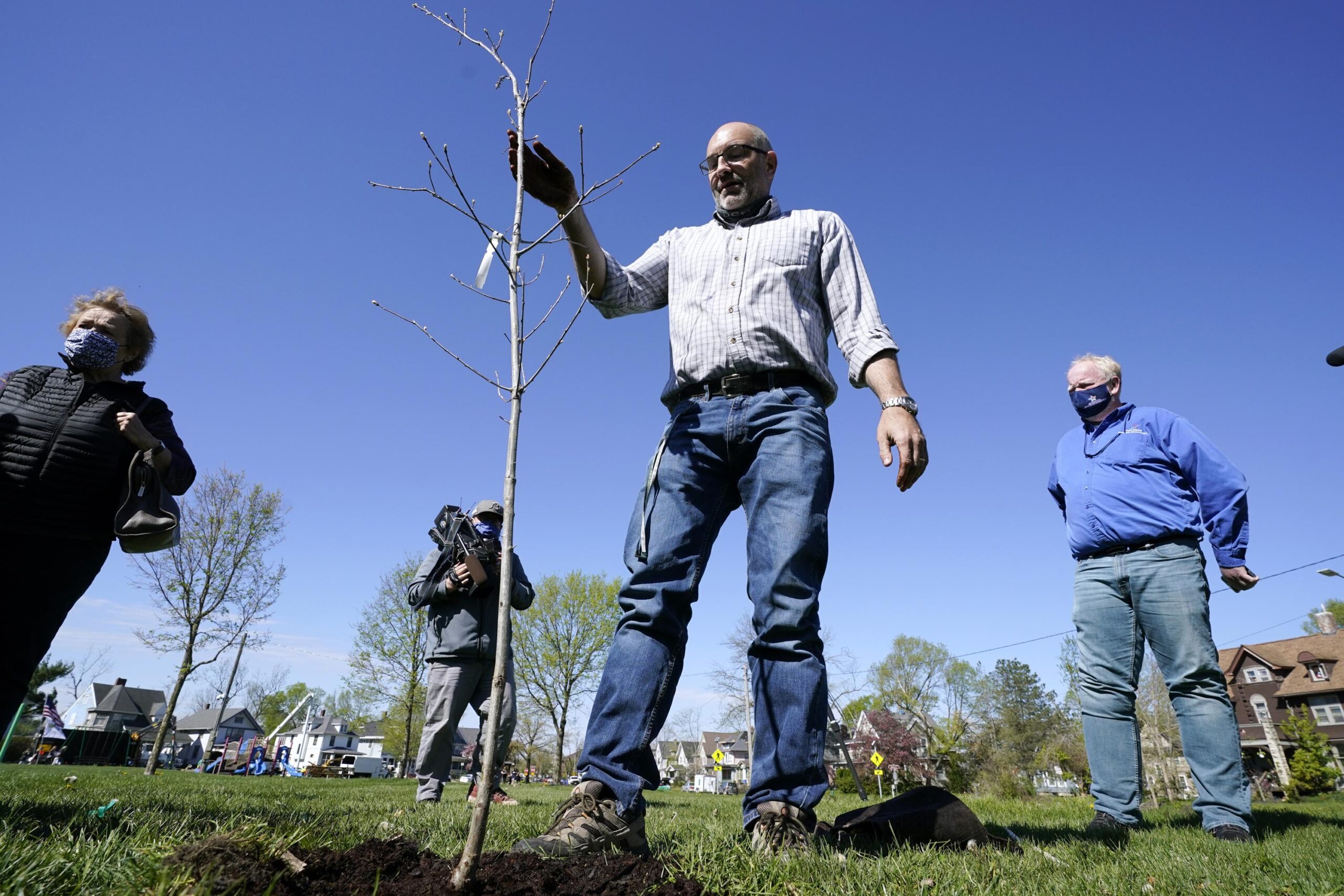 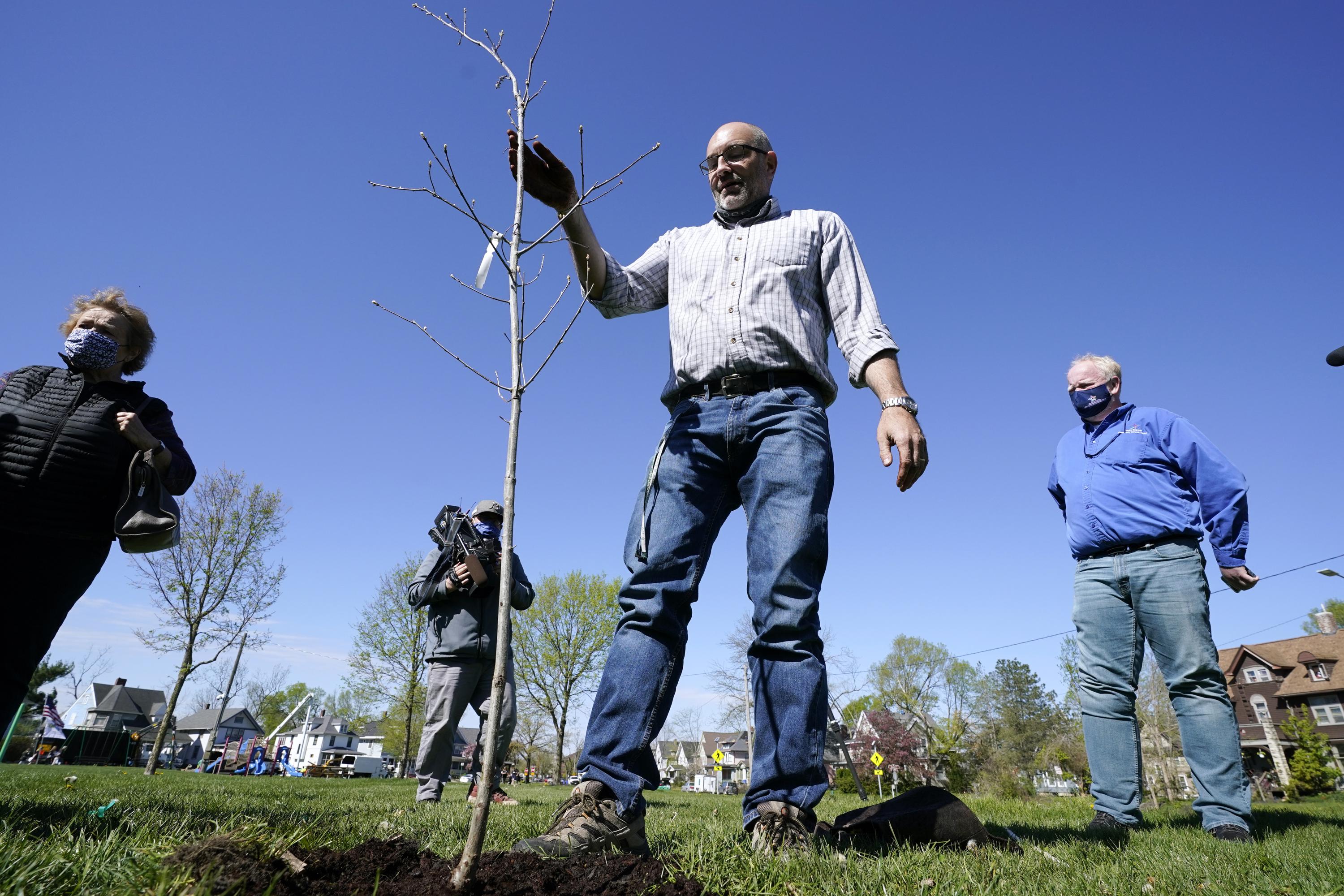 CEDAR RAPIDS, Iowa (AP) — Until one afternoon last August, Cedar Rapids had always been a lush, leafy island surrounded by a sea of corn and soybeans, with its giant oaks, sycamores and other trees towering over the community’s neighborhoods and providing a shady refuge from Iowa’s steamy summer heat.

It took 45 minutes to shred nearly all of those trees, as a rare storm called a derecho plowed through the city of 130,000 in eastern Iowa with 140 mph (225 kph) winds and left behind a jumble of branches, downed powerlines and twisted signs.

Power was restored in the following weeks, and workers continue repairing thousands of homes battered by the hurricane-force winds, but nine months later Cedar Rapids is not back to normal — because of the trees.

“A lot of people once took the trees for granted, for what they provided,” said city arborist Todd Fagan. “That’s not the case anymore.”

Now, city officials, businesses and nonprofit groups have teamed up with ambitious plans to somehow transform what is a city of stumps back into the tree-covered Midwestern oasis along the Cedar River.

They all acknowledge it won’t be easy, or cheap. Most of the trees are gone, and many of those that remain lost many of their branches, giving them a sparse, stick-like appearance.

As Shannon Ramsay, who heads the nonprofit group Trees Forever, put it, “It will take decades and decades to get our canopy back, but it will happen.”

The lasting damage in Cedar Rapids is a testament to the scale of the storm, which cut a roughly 100-mile-wide (160-kilometer-wide) swath from Nebraska across Iowa and through Illinois and Wisconsin and into Indiana and Ohio. It took the storm about 14 hours to travel nearly 800 miles (1,290 kilometers), causing an estimated $7.5 billion in damage and ruining 850,000 acres (345,000 hectares) of crops in Iowa alone.

Derechos are sometimes called inland hurricanes, but they’re actually classified as thunderstorms, with straight-line rather than circular winds that make up hurricanes and tornadoes. A University of Iowa professor coined the term in 1888, using the Spanish word for “direct” or “straight ahead,” according to the National Oceanic and Atmospheric Administration.

The storm smacked directly into Cedar Rapids, and an estimated 100,000 trees were either snapped off or torn out of the ground, leaving giant root balls exposed on streets and sidewalks. Seventy percent of the tree canopy was destroyed and some of the city’s 97 parks lost almost every tree.

“It was chaos,” said Austin Even, who has been hauling away trees nearly every day since the storm.

It’s more manageable now, but in the days after the derecho, just getting around town was a nightmare, given 10-foot-high (3-meter-high) walls of debris, broken power poles and no cell service, Even said.

“No one can really understand it,” Mayor Brad Hart said. “The crews who came from other parts of the country to help clean up said they had never seen anything like this.”

Even now, piles of branches line streets and the whine of chainsaws is part of city life.

City officials have begun the long recovery process by committing at least $1 million annually for 10 years toward planting trees and $24,000 to watering new trees for the next two years. The city is working with Trees Forever on a “releaf initiative″ that is expected to stretch for 15 years or more.

As part of the effort, organizers are tallying up the remaining trees and specifying where new ones are needed on city property. Organizers also hope to raise up to $25 million from private sources.

With current funding, officials said, it will be years before some streets have a city-provided tree, and property owners will be responsible for planting trees on private property. Even if more money were available, officials said the need in Cedar Rapids has outstripped the supply of native Midwest trees available to plant.

The city has put out detailed plans for grinding out massive stumps in the right-of-way and rules for residents who can take on the task themselves. Officials promise they have no intention of planting puny trees even though they might be easier to maintain.

“Cedar Rapids has a long history of great shade trees on the street, and that’s what citizens want,” Ramsay said.

About 10,000 trees will be planted on city and private property this year, and that number will need to be repeated far into the future.

Ramsey said she hopes more businesses will pitch in. Hundreds of trucks and trailers lined up recently for a grocery chain’s offer of an 80% discount on 2,500 bur oak trees that were up to 10 feet tall and would typically cost $500.

Trinidad Green said three trees around her house east of downtown came crashing down in the storm. The loss was heartbreaking, she said, and the lack of shade made it harder to keep her old home cool last summer and this spring.

Lisa Williams, the director of development for Trees Forever, acknowledged Cedar Rapids won’t look the same for years, but she said replanting efforts are picking up pace.

“It’s so important to replant now so people have this image of hope and the future rather than focusing on the tree skeletons,” she said.