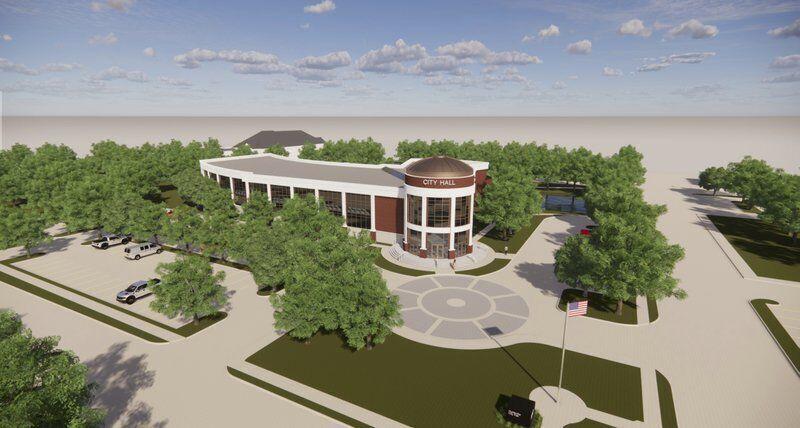 The budget amendment was unanimously approved by members of the Huntsville City Council on Tuesday, expanding the construction budget for the new city hall to $17.6 million. The city hall project was approved by voters in 2016, with a total debt issuance of $20 million for city hall and city service center. The service center is expected to cost nearly $6.5 million.

The additional funds will allow contractors to build a three-story structure, which will be built on the current city hall site. City leaders had originally planned to restore the current facility, but had to adjust their plans after architects informed them that the current building would not be able to support a second story. A decision that has frustrated much of the city council.

“We had the mules headed in one direction and then had to put on the brakes,” councilmember Russell Humphrey summarised. “We are trying to do what we told the citizens that we would do.”

The new design plan will force the city to demolish the current structure and start from scratch.

“When we reviewed the project budget and size, we could come in with a building that would meet our needs the day we move in. Adding this money to the project will allow us to build for the future,” City Manager Aron Kulhavy noted.

As part of the budget amendment, council members also approved the usage of $50,000 from the hotel and motel tax fund to help build a Vietnam Veteran Memorial Wall replica at the H.E.A.R.T.S. Veterans Museum of Texas.

Without a traditional second reading, council members gave the green light to $1.65 million in street repairs for numerous roads across the city.

The projects were selected based off of a recent street study, which identified city roads that needed immediate attention. Key projects, which were approved on Tuesday, included large stretches on Veterans Memorial Pkwy., 22nd Street and Bearkat Blvd. The full street list can be found online at www.itemonline.com.

The next scheduled meeting of the Huntsville City Council is scheduled for July 20.