Come for a Paperback, Stay for a Drink and a Snack 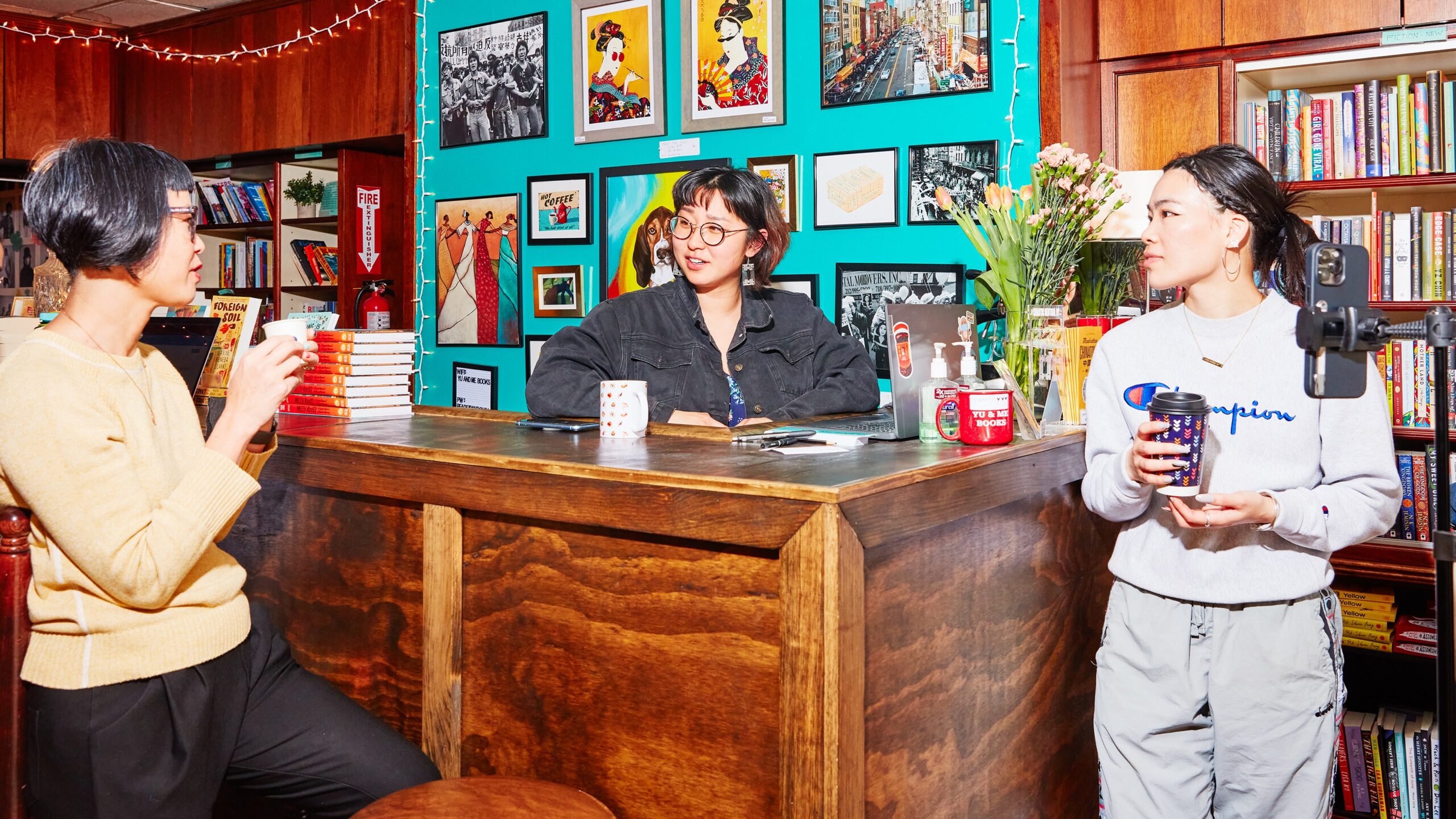 Amalgam opened in 2015 and has been a Kensington mainstay ever since. “Now that we’re here, we are very intentional about being a positive force for our community.” Amalgam provides a space where comic book lovers can come together, meet and talk, and nerd out. “Especially those folks who’ve ever gone into a comic book store and, because of what they look like or how they identify, have felt uncomfortable because those spaces are still very much catering to a white cisgendered male,” Johnson, who is Black, says.

Prior to the pandemic, Johnson was the primary baker in the bookstore’s cafe and she would make all of its chocolate chip cookies, brownies, and comic book-themed drinks. Today, she is taking a bigger role and focusing on defining Amalgam’s multiple businesses. “We’re an in-store bookstore. We’re an online shop. We’re a cafe. We’re an event space,” she explains. “We really have to be a little more like, ‘Okay, you’re doing this, you’re responsible for this, you’re responsible for this,’ so that everything is getting done.” The cafe is up and running at Amalgam, and you can get a cappuccino and a ham and cheese croissant. But the bakery is closed right now. “ When we do return to baking, there will be somebody else in that role.”

Why are more and more indie bookstores with cafes opening? Well, they’re nostalgic. Many people who spent a lot of time at big-box booksellers like Borders can recall that devastating day when the company announced it would be shutting its doors. That was the same store where we would queue up, dressed in our robes and glasses, to pick up Harry Potter and the Half-Blood Prince at midnight. “I went to those midnight releases,” Yu remembers. “How cool did you feel dressing up as a teenager?” In a pandemic, these spaces help us connect with one another, too. When COVID-19 was at its highest point, roughly 35 percent of people worked from home, and when we logged off our work laptops, we simply turned our attention to another screen. “We all have these little computers that we carry in our pockets,” Johnson says. “If we have any inkling of downtime, we’re staring at them.” Yu has seen all kinds of connections at her bookstore, from dates to friends’ reunions after years apart. As a bookseller, those are the interactions she is excited to see. “That’s something that’s really special and it brings so much warmth to my heart.”