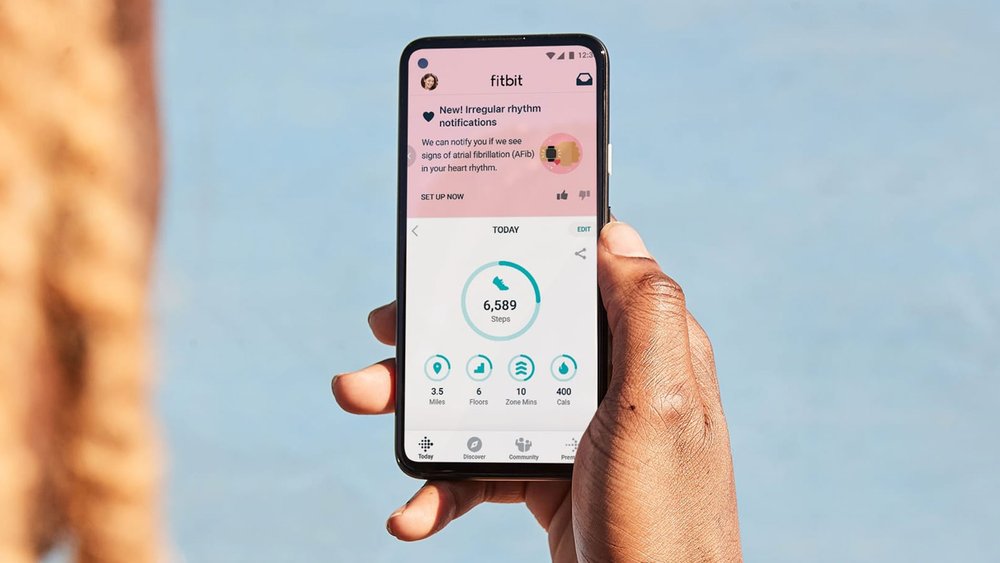 Like Apple Watch, Fitbit devices with a heart-rate monitoring capability include an ECG app that must be manually run by the user to check for irregular rhythms, which can be a sign of atrial fibrillation (AFib), a potentially serious heart arrhythmia condition. AFib affects nearly 33.5 million people globally, and individuals with AFib have five times higher risk of stroke.

For several years, the Apple Watch has had one up on rival smartwatches by including an irregular rhythm notifications feature, which occasionally checks heart rhythm in the background and sends a notification if an irregular heart rhythm is identified that could potentially be atrial fibrillation (AFib). Upon receiving a notification, users can then launch the ECG app and perform a more comprehensive 30-second test by placing their finger on the Digital Crown to generate an ECG waveform.

Google’s new PPG (photoplethysmography) algorithm works similarly by passively monitoring heart rhythm in the background overnight and whenever the user is resting, making for a potentially more capable life saver.

The clinical validation for Fitbit’s PPG algorithm is supported by data from the landmark Fitbit Heart Study, which launched in 2020 and enrolled 455,699 participants over five months. The study was conducted entirely virtually during the pandemic, making it one of the largest remote studies of PPG-based software to date. Data presented at the 2021 American Heart Association Scientific Sessions found that the Fitbit PPG detections correctly identified AFib episodes 98% of the time, as confirmed by ECG patch monitors.

Google says the new PPG-based algorithm and Irregular Heart Rhythm Notifications feature will soon be available to consumers in the U.S. across a range of heart-rate enabled Fitbit devices.

Apple plans to further bolster the health smarts offered by Apple Watch this year, with a new body temperature monitoring sensor expected to feature in the Apple Watch Series 8. As part of watchOS 9, Apple is also planning to improve its existing atrial fibrillation detection feature with a new capability to measure how long a person is in a state of atrial fibrillation across a certain period. Tags: Google, Fitbit, Health
This article, “Continuous AFib Monitoring Coming to Fitbit Watches Following FDA Approval” first appeared on MacRumors.com

Discuss this article in our forums