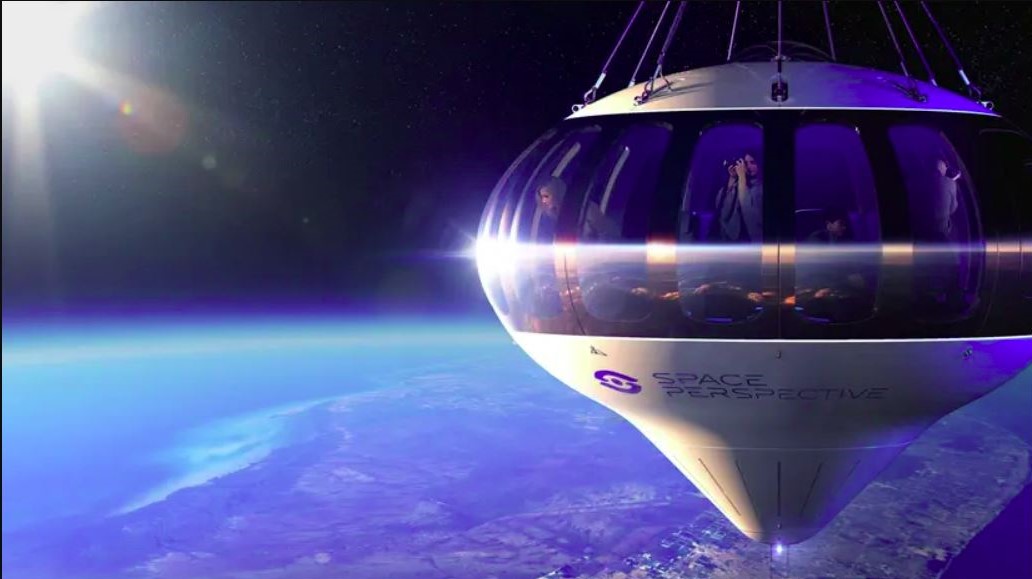 With the introduction of tourist space-faring companies, such as Virgin Galactic and Blue Origin, the cosmonauts of tomorrow will no sooner be ordinary people as opposed to veteran astronauts. As one of these very companies, Space Perspective aims to bring comfort and affordability to this arena of recreational space travel. The most interesting bit behind the company is its utilization of a balloon instead of sophisticated propulsion techniques.

On Tuesday, Apr. 12, the company announced the introduction of its interior capsule cabin, of which it is aptly coining the “Space Lounge.” The highly luxurious cabin interior, which will come attached to the bottom of the aforementioned balloon within the so-called Spaceship Neptune, will have a ton of interesting features. As of yet, the cabin will only be able to carry a total of eight passengers alongside its pilot, but the array of gadgetry and additional options more than makes up for its limited seating.

Space Perspective’s Space Lounge boasts reclining seats that can be repositioned for a dining arrangement of two, several interactive screens, one of which is placed overhead to share key details throughout the voyage, customizable LED lighting for varied moments set in the adventure, and one restroom with massive windows. The cabin also has a center explicitly made for pictures, stretching, and simply navigating the small space. Like any typical airplane ride, it will also come resplendent with a food and beverage service.

Related Article: NASA Astronaut Hopefuls, Here’s What You Have To Do (Or Be) To Get In

The Space Lounge also notes a specific tactile sustainable material used in its interior meant to reduce reflection and glare supposedly. It’s clear that a major emphasis on photography was taken into consideration, as many of these varied specs seem to point out that the overall view seen throughout the voyage is a major focal point.

At a price point of $125,000, the Spaceship Neptune trip under Space Perspective certainly isn’t for everyone, but it’s an interesting new form of recreational enjoyment and adventure for those willing to spend as much on a relatively swift journey. The company explains the pressurized capsule within the Spaceship Neptune to take off from the Kennedy Space Center. Whereafter, entrants can enjoy views of up to 100,000 feet into the stratosphere. The capsule will later land in the Gulf of Mexico on its return trip.

David Grutman, an entertainment entrepreneur, best known for owning several Miami nightclubs with an emphasis on “creating immersive experiential venues,” will take his knowledge to the literal all-new heights. The company announced its partnership with the Space Lounge concept to bring about specific advice on how best to experience the trip. Space Perspective is coining his involvement as an “experience curator” in explaining to passengers, or “space explorers” as the company deems, in-flight and post-flight parameters.

Space Perspective is vying to bring the project fully online by 2024. A whopping 600 tickets have already been sold thus far, according to the company, and it is now accepting potential 2025 space explorer applicants at a fully refundable booking fee of $1,000. Space Perspective even relayed that full capsules can be reserved for as of yet untold pricing arrangements, but the option is there for those wanting a bit more privacy.

“Our mission is to inspire Space Explorers to connect more closely with our planet and each other, and the environment in which they travel with us is central to this,” explains founder Jane Poynter. “Our Space Lounge is a world away from the white, utilitarian environments you find in other spacecraft.”