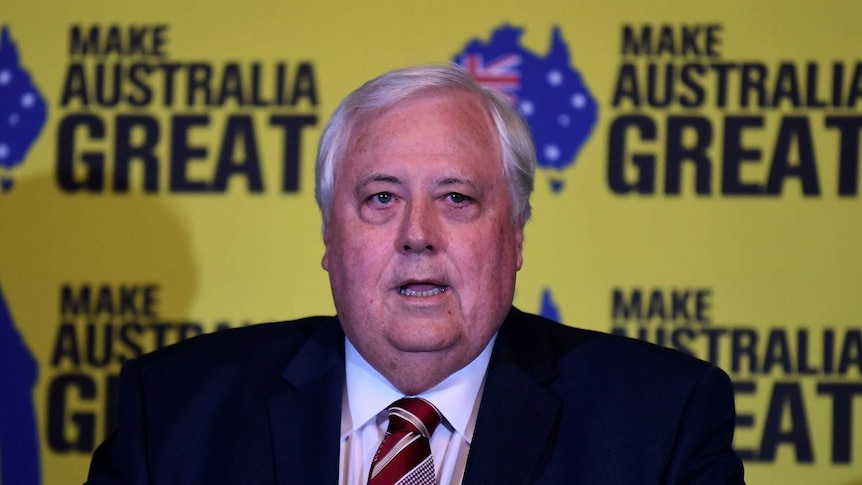 Clive Palmer’s company Mineralogy has been ordered to pay $102 million over the collapse of Queensland Nickel (QNI) by the state’s Court of Appeal.

Last year, Mr Palmer’s lawyers had successfully argued in the Supreme Court that $102,844,346 sought by the liquidators represented loans from joint venture companies and therefore did not belong to QNI.

But today, the Court of Appeal upheld QNI’s liquidators’ case, arguing that these transactions had in fact been loans from QNI to Mineralogy and not the joint venture companies.

The judgment stated that some of the proof that the loans were between the two companies could be found in emails about certain transactions including a “loan balance report” that included a “response from Mr Palmer’s email alias account saying: “No limit, clive”.

The judgment follows a long-running series of legal actions involving Mr Palmer and the liquidators of the refinery company, which collapsed in 2016, leaving 800 people out of work.

Mr Palmer settled most of the $200 million lawsuit in 2019, including an agreement to repay $66 million in taxpayer funds forked out for sacked worker entitlements.

But general-purpose liquidators continued to pursue his companies in court in relation to other claims for creditors.

The liquidators had alleged QNI was insolvent on January 13, 2016, and had made a number of uncommercial transactions — claims Mr Palmer’s companies denied.

One of QNI’s liquidators, John Park from FTI Consulting, described the win as “a great outcome” for creditors of QNI.

“After five long years of formal proceedings, we hope today’s decision will put an end to this matter and we can proceed to finalise payments to creditors and finalise a long and complicated liquidation,” he said.

Mineralogy and the liquidators have until July 16 to make submissions about interest due on the amount and the costs of the proceedings.