DART not seeing the problems that idled SEPTA’s electric buses 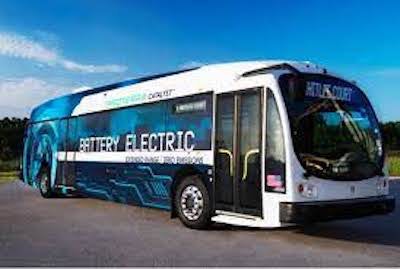 Delaware’s DART transit system is not seeing the electric bus problems that have idled the SEPTA fleet in Philadelphia.

Plan Philly reported the transit agency is reconsidering its electric bus future after buses developed cracks in their chassis and other problems.

The buses have not been off the street for a year and a half due to the problems. SEPTA has been largely silent about resolving the issue with U.S. bus manufacturer Proterra.

Delaware Department of Transportation spokesman C.R. McLeod said that while DART’s electric buses are “manufactured by the same company, we have different model buses and are not experiencing the same issues SEPTA has.”

McLeod noted that  the small fleet has  “range limitations, and we are continuing to invest in the charging infrastructure necessary to support the electric buses.”

Like many transit systems, DART has longer routes between city and suburbs that make the range of batteries an issue.

By late summer, DART is expected to have 22 electric buses. Its total fleet of transit buses numbers more than 200.

Problems have also been reported with a demonstration project in Duluth, MN, a city known for its tough winter climate and hills that strain batteries, brakes, and other systems. In addition, cold weather limits the range of batteries.

Electric buses cost about $1 million each but have the potential to operate at a lower cost.

The cost of electric buses has been borne by the federal government, with transit systems testing the offerings of Proterra and other companies.

Buses and large trucks are the target of efforts to cut diesel emissions.