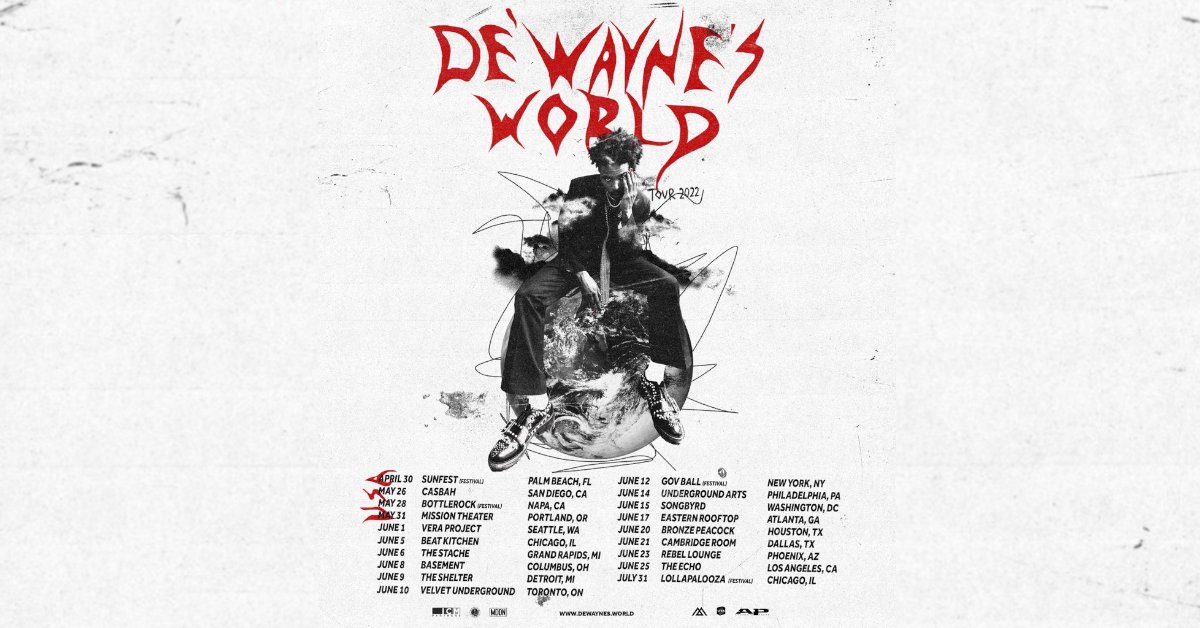 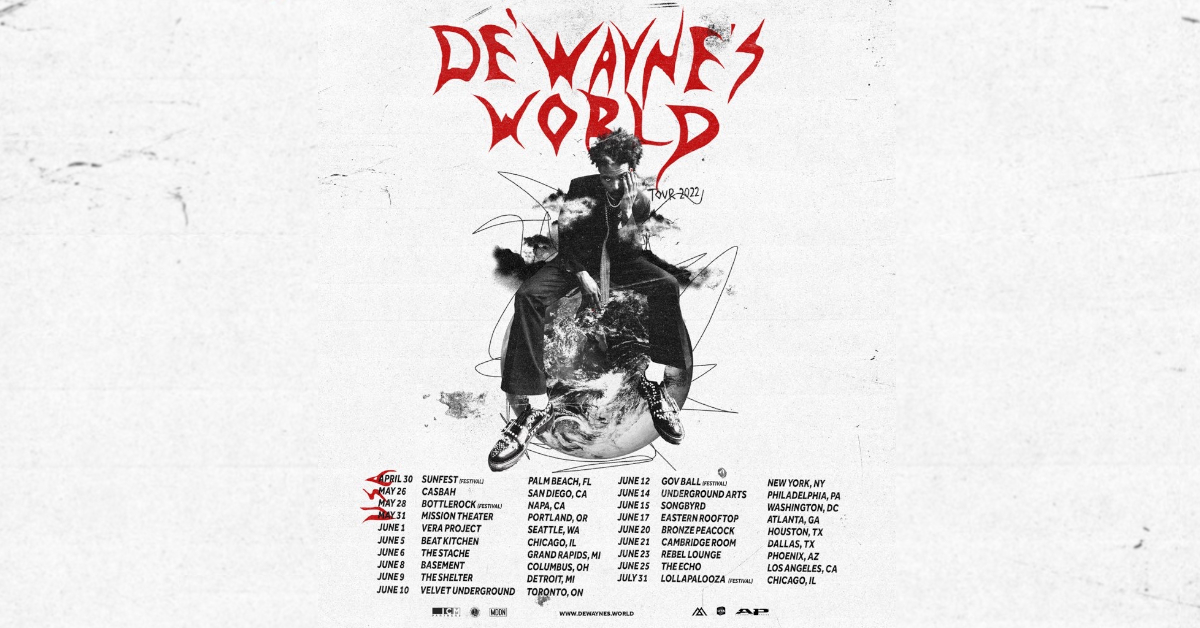 DE’WAYNE has just announced new tour dates. The 19-stop run kicks off in Palm Beach, Florida on April 30 and will conclude July 31 in Chicago, Illinois.

DE’WAYNE may also be releasing new music soon, as he tweeted March 22, “I THINK IT’S TIME FOR A HEADLINE TOUR + NEW MUSIC.”

Read more: DE’WAYNE says his next album will blend Ramones, Iggy Pop and the Strokes

DE’WAYNE recently spoke to Alternative Press about touring with WILLOW. During the conversation, he expressed excitement about their tour and how he connected with fans along the way.

“We slayed it,” he says. “We smashed it. It was beautiful to me because I got to play to a lot of Black kids, which I’ve never got to [do]. It was a lot of just beautiful Black people with huge Afros even bigger than mine, looking for rock music and talking to me after the shows and telling me that they was feeling it. I can see it from the energy, from song one to the last one. That shit was great. The WILLOW tour was the best tour I’ve been on. Me and her really sparked up a friendship.”

Lucky for fans, DE’WAYNE is ready to get back on the road. Tickets go on sale April 1 here, but stay on the lookout for presale information soon.