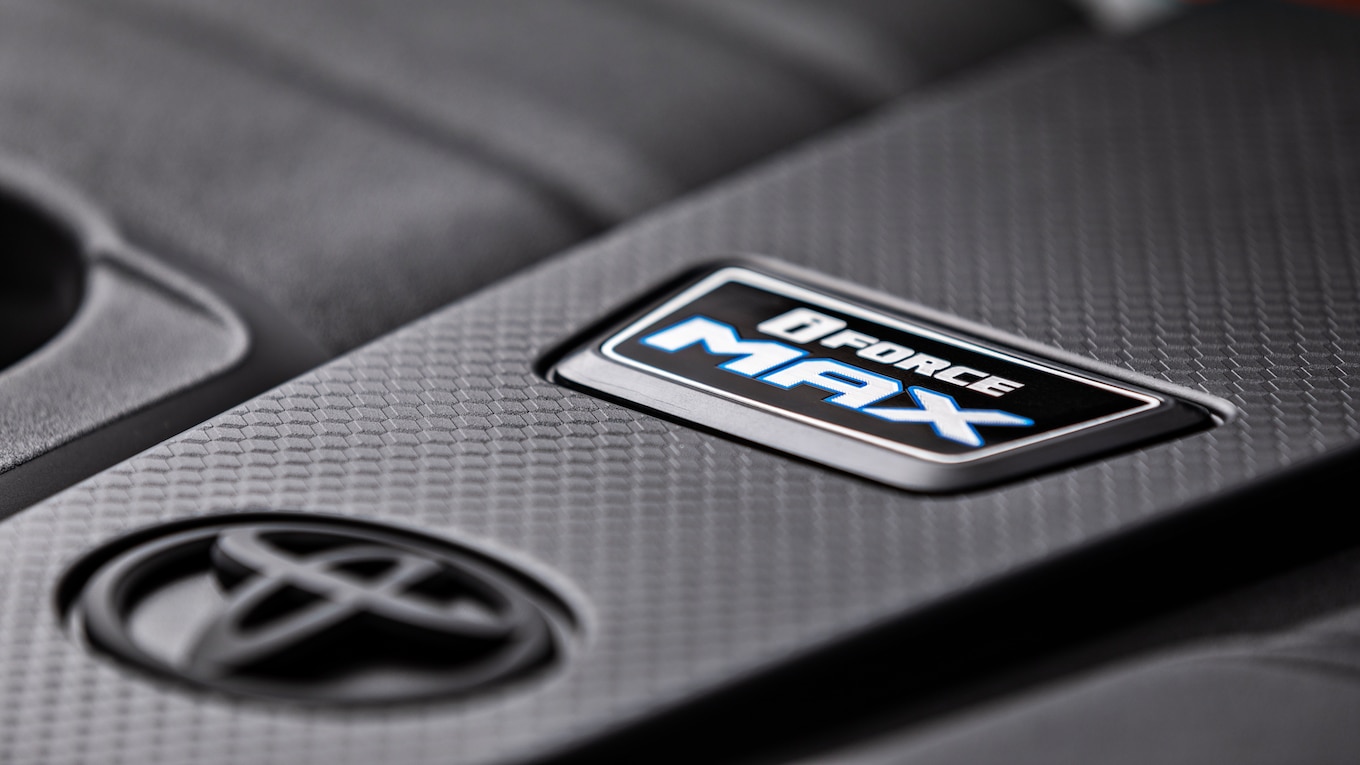 Anticipation for the new Toyota Tundra pickup is reaching a fever pitch, so forgive us for taking a leap with the latest trademark filing to pop out of the Toyotaverse. It’s for the name “Hybrid Max,” which, at first blush, would appear to have nothing to do with anything. Toyota builds many hybrids. The trademark filing does not say what vehicle or use it is for. But …

Today’s Tundra comes solely with a 5.7-liter V-8 engine dubbed the “i-Force.” We know the next Tundra will offer a new engine that goes by the name “i-Force Max,” thanks to a preview image of the engine cover released by Toyota. Unlike today’s i-Force V-8, we suspect the 2022 Tundra‘s i-Force Max is a twin-turbocharged V-6. Either way, it’s the new engine’s name that counts here—and why we reckon the Hybrid Max name has a future with the next-gen Tundra.

You see, the new Tundra is expected to arrive with not one but two engine options. Both are said to be new, with the optional setup promised to “blow us away.” Given how a twin-turbo V-6, however fresh it may seem for a Tundra, is fairly conventional stuff these days thanks to Ford’s F-150 offering several, we believe the force-fed six will serve as the Toyota full-size truck’s standard engine.

That leaves something altogether more interesting as the Tundra’s optional powertrain—and given Toyota’s expertise in the hybrid space, our money’s on the Tundra getting a powerful, capable gasoline-electric hybrid power source. Something worthy of the Hybrid Max name? We’ll need to wait and see when the 2022 Toyota Tundra debuts this fall.