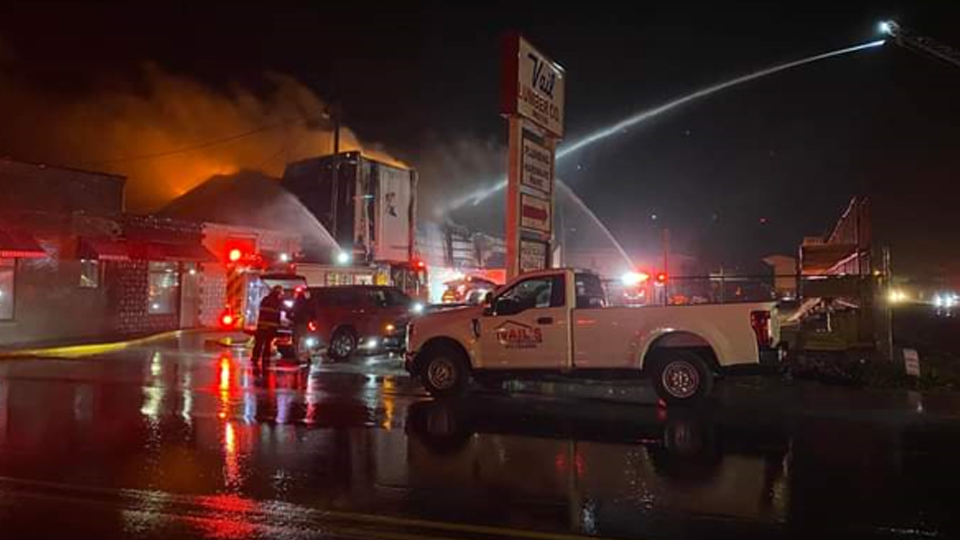 Once crews realized they couldn’t do much to save the building they shifted their focus to containing the blaze and protecting the city’s historic square, said Scottsburg Fire Chief James Richey.

“Once it’s through the roof, you’re chasing your tail at that point,” Richey told WAVE-TV, adding that “our main focus was to try to save the historic square which is less than 10 feet away.”

Richey said with the help from several other fire departments, crews were able to extinguish the flames without any additional fire damage to neighboring buildings. No injuries were reported.

Vail True Value Lumber Co. announced in March 2020 that the business was celebrating its 100th anniversary. In a Thursday morning post on its Facebook page that included photos of the ruined building, the company thanked firefighters and said “we lost our home” of 102 years.

Scottsburg, a city of about 6,700 people, is located about 30 miles (50 kilometers) north of Louisville, Kentucky.