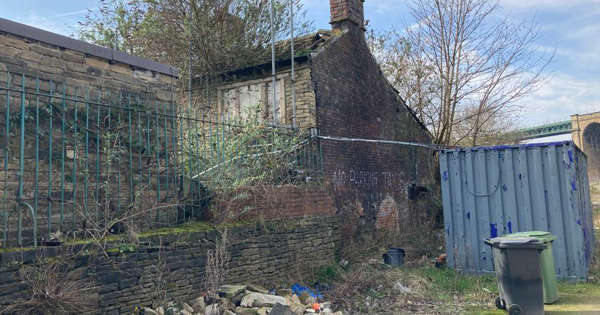 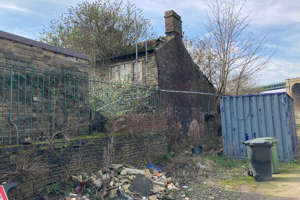 
One of Huddersfield’s worst ‘eyesores’ has become someone’s temporary home, according to locals.

The derelict cottages at Longroyd Lane, Longroyd Bridge, Huddersfield, are due for demolition as part of junction improvements, but at present, the run-down property is being used by someone as a makeshift home even though most of the roof has caved in. Generous locals have been providing food and drink.

One local, who asked not to be named, said: “We offer him coffee and food while he’s squatting there. I saw him a couple of days ago.”

READ MORE: Mum takes battle for murdered son to Parliament in bid to get justice

When YorkshireLive visited the property on Monday morning, there didn’t appear to be anyone present, although there were some personal items scattered around. Metal fences have been placed around the row of cottages and there doesn’t appear to be any way of accessing the buildings without climbing the fences.

The cluster of cottages are Grade II listed but are crumbling away and are due to be knocked down. Local businesses described the cottages as an ‘eyesore’ that need to be taken down.

One man said: “This area is totally rough. The people are good but the roads are bad. Why is the council not spending money on the roads? The roads are a mess. Maybe the council doesn’t have the money.”

Local businesses have been told by Kirklees Council that junction improvements are being planned. Leaflets have been posted to keep them informed of the plans, although businesses said they did not have details of a starting date for the scheme.

The proposals will see the cluster of cottages demolished to widen the road and create an extra traffic lane in a notorious bottleneck. Gill Waling, landlady of The Bridge pub at Longroyd Bridge said the cottages “looked horrible” and needed to come down as soon as possible.

She described plans to remove them as “brilliant news”, adding: “I think they should pull them down.” Gill, along with husband Alan, took over the pub 18 months ago, having moved over from running pubs in Bradford.

She is very fond of the canalside pub and its customers, saying: “I love the pub. I fell in love when I first came here. The customers are fantastic. It’s a family-oriented pub.

“Where the pub is situated (next to the canal) is beautiful. The downside is the traffic and there’s no parking.”

Details of the junction improvements were announced in 2020 as part of an £8m congestion busting plan.