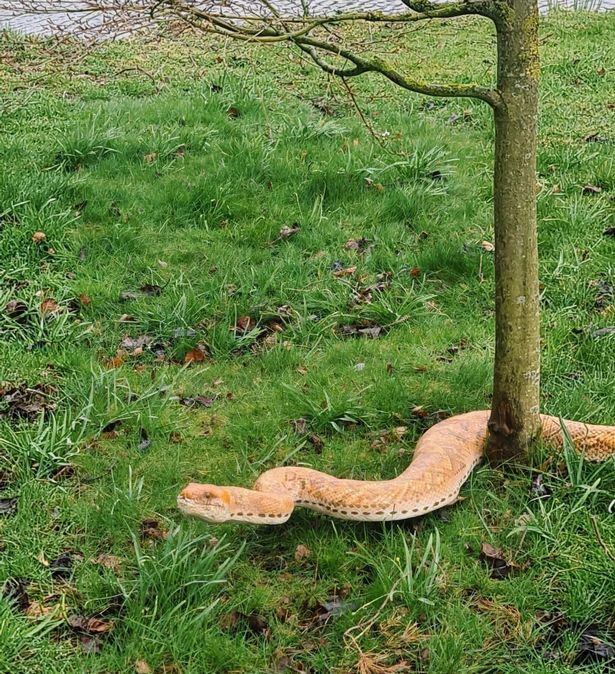 A giant snake has caused panic after it was spotted crawling freely in a popular public garden.

But bosses were left red-faced when it emerged they had used a plastic look-alike in a publicity stunt.

The prank, which was intended to encourage visitors, had social media users reacting with concern.

After a photo of the ‘boa constrictor’ was posted online along with a ‘do not approach’ warning, one woman even claimed she had canceled an event booking on the site.

Facebook user Jill Tait replied, “I won’t be coming anytime soon if there are snakes.”

Susan Earnshaw added: “My granddaughter is there with her school, she will be terrified.”

The snake, at Alnwick Garden in Northumberland, was part of his ‘Around the World’ Easter trail. After the backlash, the park quickly backtracked.

A follow-up message read: “Oops. We only took the HISS!

“Oops! Our snake mistake! Looks like we’ve all been fooled by our new Easter trail around the world in 18 days.

“We just couldn’t resist sharing a taste in an unconventional way!”

It comes after a homeowner was terrified when a real seven-foot snake appeared under his sofa.

Trejo said: “This guy calls me, he’s pretty frantic and he says, ‘There’s a snake on my sofa’”.

The snake whisperer admitted that even he was shocked at how the huge snake hid in someone’s living room.

Trejo explained that he lifted a cushion to find a “seven-foot giant Vietnamese blue beauty rat snake” coiled up underneath.

“You would be more likely to find a Rolex sitting on the ground than a snake like this,” he explained.

The beast even tried to bite Trejo as he was being taken off, but luckily only grabbed the lining of his shirt.

For the latest news and stories from around the world from the UKTN, sign up to our newsletter by clicking here.