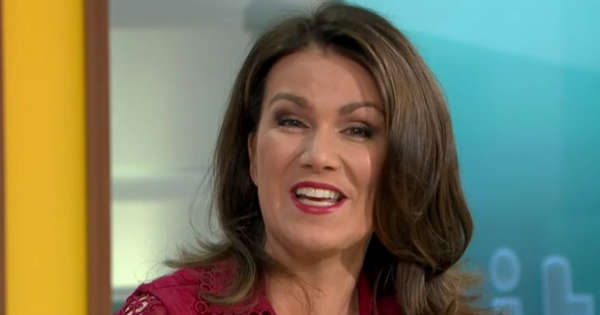 Susanna Reid recalls her time at university in Bristol

Susanna Reid made a confession about her ‘wild’ university days on Good Morning Britain today.

The television presenter studied Politics and Philosophy at the University of Bristol in the late 80s and early 90s, before heading to Cardiff University to undertake a Postgraduate Diploma in Broadcast Journalism, and she opened up about her time at university in a chat with Adil Ray, Andi Peters and Charlotte Hawkins on the ITV breakfast show.

Andi presented his competition segment from Bristol today, near the Clifton Suspension Bridge, when he quizzed if Susanna and Adil had ever been there before. It was then that Susanna revealed her tie with the city.

© mirror.co.uk Adil and Susanna bantered about her uni experience


“Adil, Susanna, I’m not sure if either of you have been here, but look at that, what an amazing structure! And I’m not talking about the bridge!” Andi said, as they crossed back to the studio following the competition segment.

Susanna revealed: “I was at uni there! Andi I think you might just be in front of the Avon Gorge hotel,” as Andi shared that it had been renamed and was the same hotel Susanna had known from university.


Susanna then confessed it was one of her university haunts.

“We used to all go for a drink there after we graduated. Andi, thanks – that brings back lovely lovely memories,” she said, as fellow presenter Adil questioned her on what drinks she enjoyed during university.

He asked her: “Were you sort of wild?” as she confessed her drink of choice was Diamond White.

© mirror.co.uk Charlotte was confused by the drink choice


“Oh no! There was a drink they used to have at uni – Diamond White with like this Castaway,” Adil said, as Charlotte chimed in with the word: “Blastaway!” Adil then joked: “Oh my gosh, what have we started?”

“Wrong time of the day!” Susanna replied, laughing as they moved onto the next topic.

Susanna’s eldest son is now at university too, and she is convinced the idea of men fancying her would “go over” her kids’ heads.