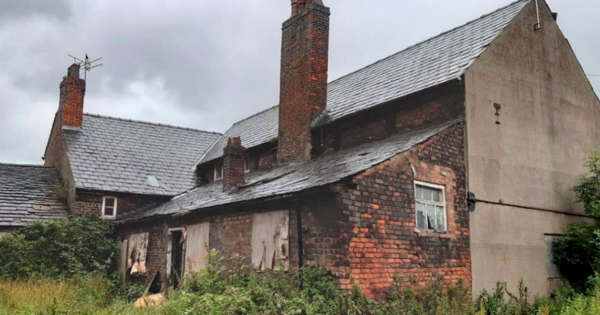 A historic site is set to make way for a 42 house development despite concerns for Tyldesley’s heritage. Grade II Listed Garrett Hall Farmhouse will be upgraded into flats but its surrounding farm buildings will be demolished in the process – something one objector and councillors took issue with.

The application by Redrow Homes Lancashire and Peel L&P Developments Ltd has been opposed by Andy Brown, a Mosley Common resident, who believes that the site is of historic value and is of enough importance to input a turnstyle and have people pay to go and view it. He addressed the planning committee at Wigan Town Hall stating the historic value as well as the possible addition to congestion in the area.

“It is absolutely staggering that we would allow this when 950 houses are being built in the area and not all of them are being sold,” Mr Brown said. “The road infrastructure is creaking at the seams.

Read more: ‘It is getting out of hand’: Calls made for independent inquiry into Haigh Hall mistake that cost Wigan Council millions

“At Mosley Common Road, you will find it more difficult to get to work in a car through. I take the position that this would do severe harm to the highways network.”

He explained that this proposed site is very close to another development at Mosley Common where 1,100 houses are proposed to be built – with the same road feeding them to the East Lancs. He mentioned that the site itself can be dated back to medieval times and boasts a wealth of history for the area.

Councillors at the planning committee were not previously aware of the history and the potential for archaeological finds at the site, and were hoping for reassurance that if such significant finds were detected, that work would be halted so archaeologists could come in. The officers gave that assurance, but deemed that to be unlikely given the archaeology report provided by the Greater Manchester Archaeology Unit.

What do you think of the plans? Have your say in our comments.

Their report said: “Greater Manchester Archaeological Advisory Service (GMAAS) has been consulted on this application and agrees with the conclusions drawn in the DBA and accepts that any below-ground archaeological remains that do survive will not be of national or regional importance requiring preservation in-situ, although a scheme of archaeological investigation and recording will be required prior to the removal of the archaeological remains during the proposed construction works.”

Coun Kathleen Houlton said: “If it wasn’t for this gentleman we would not have known about this.”

Coun Jim Ellis questioned who deemed the site not to be valuable and suggested it could be brought back into use with the right funding.

In response to these claims of historical significance and putting funding into the site, Coun John Harding said that the site has been subject to vandalism with fires breaking out as well in the past – a matter of public safety.

“In my opinion if he [Andy Brown] knew about the site then others know about it as well and if it was so great then there would be a turnstyle there already,” Coun Harding said. “We need to look forward.”


The report stated that the listed building would actually be brought back into use as three flats but the surrounding buildings would be demolished as they are not deemed as important. Coun Stuart Gerrard proposed that the application should be refused on the grounds that this would be a significant loss to heritage.

The vote was cast and the decision was made to approve the development.