Hans Zimmer reacts to Oscar win in bathrobe in Amsterdam 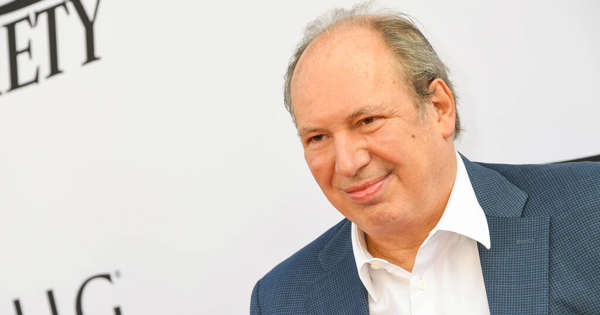 
Hans Zimmer reacted to his Best Original Score Oscar win by giving a speech while dressed in a bathrobe in his hotel in Amsterdam.

The composer, who is currently on tour, won the Academy Award for his work on Denis Villeneuve’s sci-fi epic Dune.

As he wasn’t able to accept the award in person in Los Angeles, Zimmer celebrated with a mini Oscar statuette in his hotel bar in the Netherlands while dressed in a fluffy white bathrobe.

Besides two photos of his look, he wrote, “It’s 2am in Amsterdam, and my daughter Zoë woke me up to go to the hotel bar. Wow!”

In an acceptance speech video posted to his Twitter account, the German composer thanked his band and Villeneuve.

“Let me say this, had it not been for you and most of these people in this room, this would never have happened,” he said. “Had it not been for all the musicians in this band, all the musicians in my life, who have given me the confidence to go and do these things. Had it ultimately not been for Denis Villeneuve very quietly one day saying it to me, ‘Have you ever heard of a book called Dune?’ and I instantly knew I had found my soulmate. Seriously, usually, you discuss things with a director, but with Denis, he starts a sentence and I finish it, I start a sentence, he finishes it. That’s it.”

In the caption, he added, “Thank you to @TheAcademy, but most importantly, to all the @DuneMovie musicians and our leader Denis Villeneuve.”