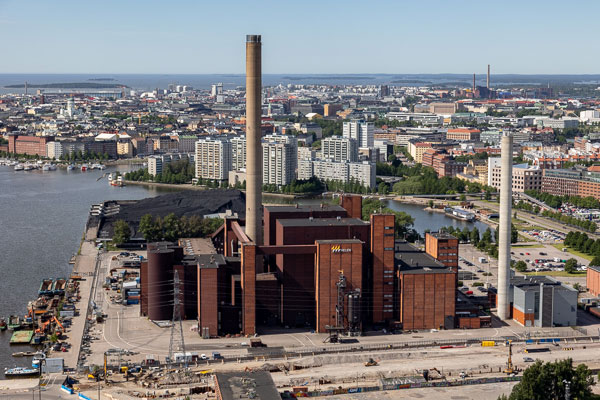 Operation of Hanasaari coal power station to stop by 1 April 2023. This will significantly reduce the city’s and the whole country’s carbon footprint.

” The burning of coal at Hanasaari power station stops almost two years earlier than originally planned, and this is going to have substantial positive effects for the climate. Hanasaari power station is the third-largest industrial emission source in Finland, and its proportion of the country’s total emissions is two per cent. Stopping coal burning will reduce the total emissions of the city by roughly 20 per cent”, says Jan Vapaavuori, Mayor of Helsinki.

Thanks partly to the fact that the price of emission allowances has risen, the decision by Helen Ltd, the City’s energy public utility, to close Hanasaari ahead of schedule will be economically profitable. In the original plan, the power station was to be closed by the end of 2024. According to the new schedule, it is going to be a stand-by power station in the 2022-2023 heating season, while the new bio heating plant in Vuosaari is getting started. When this is ready, the Hanasaari plant will be closed for good.

The energy production of Hanasaari will, at first, be compensated using heat pumps, heat storage, bio mass and heat trade.

“We can close the power station earlier than planned thanks to our hard work and large investments in producing renewable and emission-free heat and electricity. Since the very start, Helen Ltd has been a forerunner in new energy solutions, which this decision, too, strongly shows. We have the skills and the will to contribute to the energy revolution and find solutions to curb climate change. We’ve earmarked no less than €1 billion for carbon-neutral investments, and roughly one-third of the investment decisions have already been made”, says Juha-Pekka Weckström, CEO at Helen Ltd.

With the closure, the coal heap outside the power station will disappear from the streetscape, and the premises can gradually be used for the needs of Helsinki residents.

“In future, those areas now liberated will become something of a new centre in eastern Inner Helsinki. The disappearing of the power station activities and the coal heap will provide unique urban spaces and waterfront areas for various amenities and services for a variety of activities and experiences. Another fine thing about Hanasaari is going to be its proximity to Suvilahti and Teurastamo, and together these three areas have a huge potential for becoming a new cluster for city culture”, Mayor Vapaavuori adds.

The City of Helsinki and Helen Ltd have committed themselves to carbon neutrality by 2035. The goal will be reached phase by phase.

The decision to close Hanasaari power station was made by Helsinki City Council as early as December 2015, and preparations got underway. Since then, the staff and organisation of Helen Ltd have been adapted for the changes in the City’s energy production, and this work will go on for some time to come. After the closure of the power station and cessation of the production, Helen will stop using coal as fuel altogether no later than in 2029, and by then, coal burning will have stopped at Salmisaari power station, too.

New and innovative methods for finding compensatory energy solutions have also been applied. In the Helsinki Energy Challenge contest, energy professionals from all over the world competed to find new ways of heating Helsinki sustainably. The idea of the solutions presented in the contest is to make it possible to manage without combustion-based energy production when replacing the Salmisaari power station.