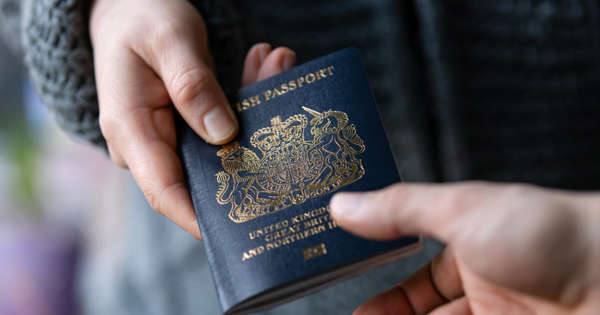 
British travellers who need a new passport are being urged to apply now ahead of the summer holidays.

A backlog of applications means wait times may be double the standard length, holidaymakers have been warned.

The passport office expects applications for renewals and brand new travel documents to soar in the coming months, meaning travellers could end up waiting 10 rather than five weeks to receive their passport.

“Many people are leaving applying for a passport too late,” said passport director general Abi Tierney.

The graph below shows how the crowd sourced average for adult renewals has changed over time. You can see average times are on the increase. pic.twitter.com/9IfleX8txw

“Summer holidays are fast approaching so if you need a new passport we urge you to apply now.”

The government website states that the current wait time for a new passport is five weeks, unless it is a first time adult passport, in which case the average wait is six weeks.

However, the advice also states: “Standard online application processing times may change quickly. Allow up to 10 weeks to receive your passport.”

Passportwaitingtime.co.uk, a website that tracks the average wait time to receive a new UK passport, currently shows that the average time for a renewal is 25.35 days, while a first passport is 32.64.

But its crowdsourced graph, tracking average wait times from July 2020 to April 2022, shows that waiting times are on the increase.

A spokesperson for the Association of British Travel Agents (Abta) said: “We are encouraging people to renew or apply as early as possible so they have their passport in good time for their trip.”

Meanwhile, confusion continues over passport expiry dates in the wake of Brexit.

The Independent has learned that easyJet and Ryanair have been rejecting UK passengers whose passports are between nine years nine months and 10 years after issue, even when they are perfectly valid for the EU.

From news to politics, travel to sport, culture to climate – The Independent has a host of free newsletters to suit your interests. To find the stories you want to read, and more, in your inbox, click here.