How to see the best of Norway by train 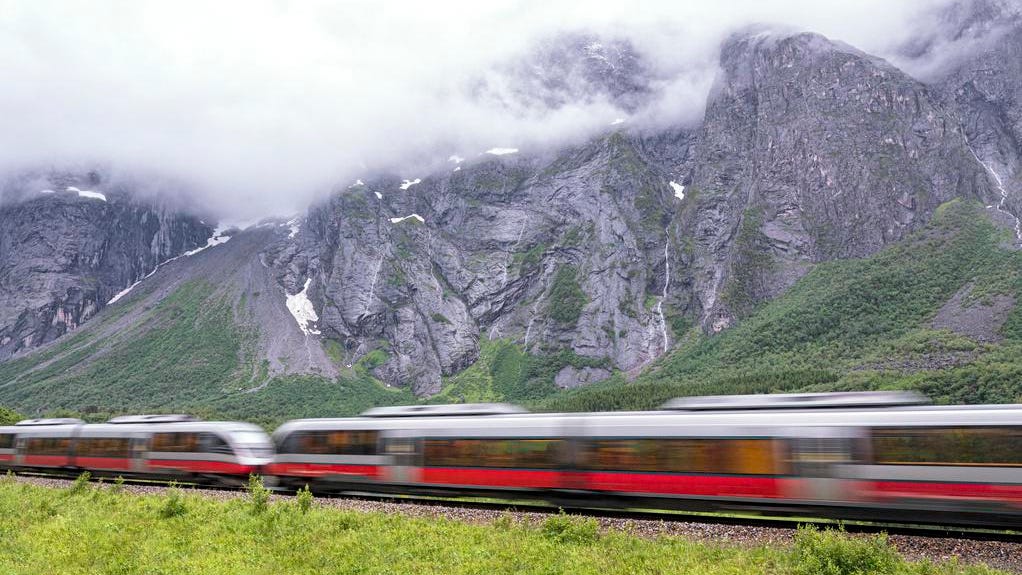 Long-distance trains in Norway are a real boon in a country not known for its budget travel options. Traveling between major cities by train is generally cheaper than flying, while still offering the added benefit of scenic views for much of the journey.

The downside is that Norway’s rail infrastructure is aging and remains single-track in many places, which means journey times can be slow. But with some advance planning, the slow option can be a very enjoyable way to see the best of Norway on a budget.

On intercity lines, night trains also save on accommodation costs. You can choose between booking a small cabin for an additional fee or trying your luck trying to sleep in a regular seat. On some routes, it is possible to take a shower in a hotel near the arrival station for an additional fee.

Many travelers have the Oslo-Bergen line on their to-do list, as it often tops the list of the most beautiful rail journeys in the world.

Mesmerizing panoramic views keep passengers busy for much of the six-hour journey as the train ascends and crosses the Hardangervidda mountain plateau, snow-capped even in the height of summer.

Not all tourists travel the entire route. Some stop at Hardangervidda to spend the night in a cabin, some transfer to the Flåm railway, while others visit the popular ski resort of Gelio.

Flåmsbanen: from Myrdal to Flåm

Myrdal is a small station 867 meters (2,844 ft) above sea level on the Oslo-Bergen line. There are no roads here and only a few cabins, but the station is one of the busiest on the line. That’s because it’s the starting point of the Flåm line, one of Norway’s top tourist attractions.

Built from 1924 to 1940, the 20.2 km (12.6 mile) long line plunges from the mountain plateau through the lush Flåm Valley to the Aurlandsfjord. With eight stops, 20 tunnels and a bridge, the line is a true engineering marvel. But it is the landscape that attracts tourists in large numbers.

Now exclusively a tourist service, the train stops for a few minutes at a few stations to allow passengers to take photos of the scenery. This includes Kjosfossen Station, purpose-built simply to provide views of the spectacular Kjosfossen waterfall.

This 114 km (71 mile) long railway is one of the lesser known lines in Norway, but one of the most impressive.

Crossing the Romsdal valley, the line connects the Oslo to Trondheim to Dombås line with the fjord town of Åndalsnes. Along the way, he crosses the magnificent Kylling Bru bridge, two horseshoe curves and offers views of the rugged mountainous landscape of the Romsdal Alps.

A popular line with tourists and locals alike, the Dovre line connects two of Norway’s most popular cities and also serves ski resorts Lillehammer and Oppdal.

Although not as remarkable as the Bergen or Flåm lines, the train nevertheless brings passengers closer to Norwegian nature from lake views to the mountain plateau of Dovre. Occasionally, you may even spot one of the several hundred musk oxen that live in the mountains.

Nordlandsbanen: from Trondheim to Bodø

At 729 km (453 miles), the Nordland Line is the longest railway in Norway. Connecting Trondheim and Bodø, two trains a day take nearly ten hours to complete the entire journey, winding through many local stations and crossing the Arctic Circle.

The highlight is the Saltfjellet mountain traverse, which is truly wild at all times of the year and a white winter wonderland in winter and spring.

For tourists who like slow travel, the train is an excellent choice to reach the Lofoten Islands. From Bodø, several daily ferry departures serve different parts of the scenic archipelago.

A few international routes also allow train passengers to arrive in Norway by train. Direct trains run to Oslo from Stockholm and Gothenburg in Sweden.

Trondheim is accessible from Östersund, and there are plans for a direct service from Stockholm once full electrification of the line is completed in a few years.

It is also possible to travel to Narvik from northern Sweden, although Narvik itself is not connected to the rest of the Norwegian rail system.