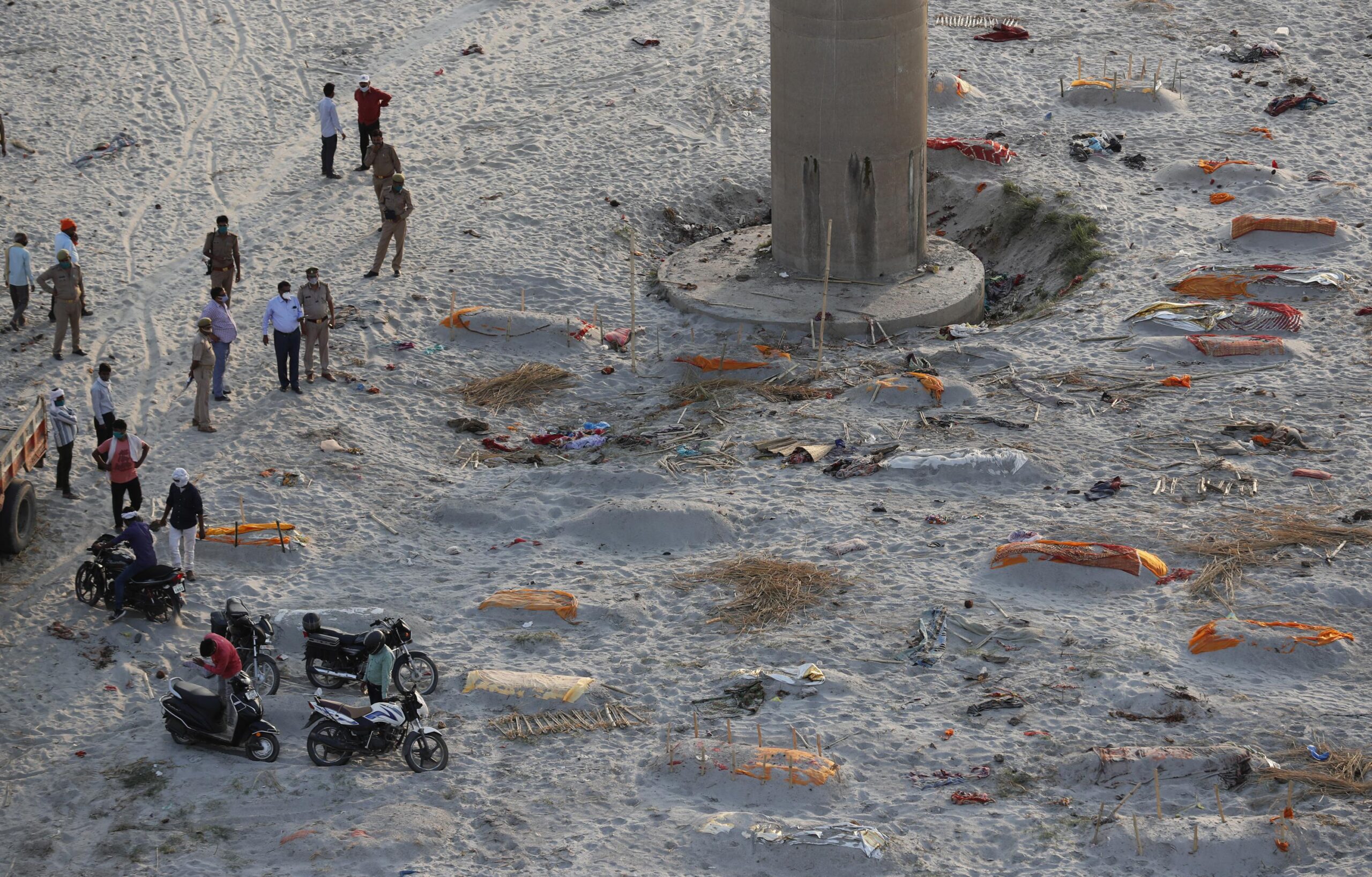 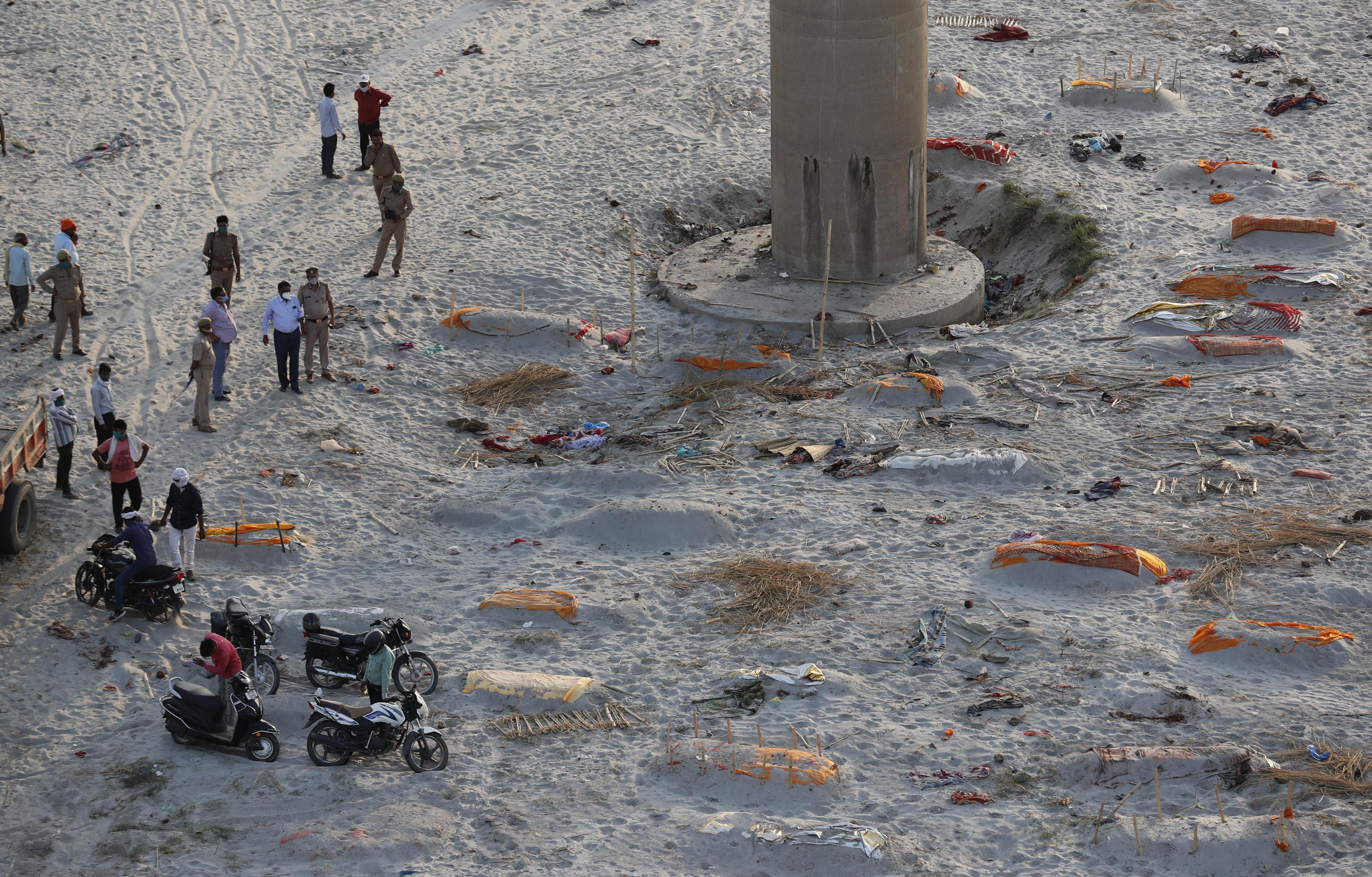 PRAYAGRAJ, India (AP) — Police are reaching out to villagers in northern India to investigate the recovery of bodies buried in shallow sand graves or washing up on the Ganges River banks, prompting speculation on social media that they were the remains of COVID-19 victims.

In jeeps and boats, the police used portable loudspeakers with microphones asking people not to dispose of the bodies in rivers. “We are here to help you perform the last rites,” police said.

On Friday, rains exposed the cloth coverings of bodies buried in shallow sand graves on the riverbank in Prayagraj, a city in Uttar Pradesh state.

Navneet Sehgal, a state government spokesman, on Sunday denied local media reports that more than 1,000 corpses of COVID-19 victims had been recovered from rivers in the past two weeks. “I bet these bodies have nothing to do with COVID-19,” he said.

He said some villagers did not cremate their dead, as is customary, due to a Hindu tradition during some periods of religious significance and disposed of them in rivers or digging graves on riverbanks.

K.P. Singh, a senior police officer, said authorities had earmarked a cremation ground for those who died of COVID-19 on the Prayagraj riverbank and the police were no longer allowing any burials on the riverfront.

Sehgal state authorities have found “a small number” of bodies on the riverbanks, he said, but didn’t give a figure.

Ramesh Kumar Singh, a member of Bondhu Mahal Samiti, a philanthropic organization that helps cremate bodies, said the number of deaths is very high in rural areas, and poor people have been disposing of the bodies in the river because of the exorbitant cost of performing the last rites and a shortage of wood. The cremation cost has tripled up to 15,000 rupees ($210).

Authorities performed post mortems but said they could not confirm the cause of death due to decomposition.

A dozen corpses were also found last week buried in sand at two locations on the riverbank in Unnao district, 40 kilometers (25 miles) southwest of Lucknow, the Uttar Pradesh state capital. District Magistrate Ravindra Kumar said an investigation is underway to identify the cause of death.

India’s two big states, Uttar Pradesh and Bihar, with nearly 358 million people in total, are among the worst hit in the surge sweeping through the country with devastating death tolls. Hapless villagers have been rushing the sick to nearby towns and cities for treatment, many of them dying on the way, victims of India’s crumbling health care.

It also reported 4,077 additional deaths, taking the total fatalities to 270,284. Both figures are almost certainly a vast undercount, experts say.