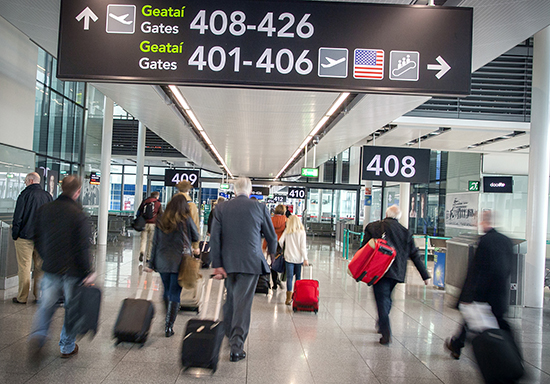 The patience of passengers traveling through Dublin Airport, Ireland this weekend was put to a real test. During the entire weekend, many people reported lengthy delays at the security screening booths. The DAA has said that the situation has been caused by lack of security staff.

The airport authorities expect queues for the coming weeks ahead as the security screening system has come under pressure, it said. During the weekend, passenger witnessed that they missed their flights after queuing to get through security for over two hours.

Low-cost airline Ryanair, one of the biggest customers operating from the Irish airport advised its passengers on social media channels to come to Dublin Airport at least 3,5 (!!) hours before their flight.

Why the airport isn’t capable to recruit additional staff to cope with the peaks is a big question mark. The airport authorities know long enough in advance how many passengers will be traveling on selected days.