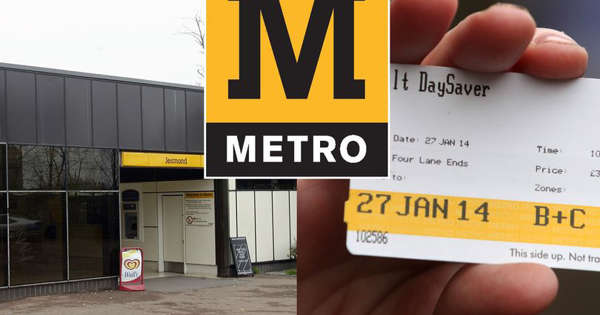 Tyne and Wear Metro passengers are set to be hit with a ticket price hike on Friday.

The cost of single and day paper tickets will go up by as much as 9.5% as of April 1 and the price of weekly, monthly, and annual season tickets will rise by around 3%. However, there is a way for some people to avoid the higher charges – with single and daysaver tickets being frozen for people who use a Pop Pay As You Go (PAYG) smartcard, which will result in savings of up to 85p per trip.

Here is what you need to know about the changes and how to keep your travel costs down.

How much are Metro ticket prices going up by? 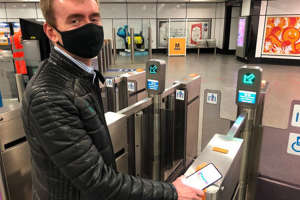 
How can I keep my ticket fare frozen?

Metro bosses are launching a campaign to get more people to give up on paper tickets and switch to a Pop PAYG card, on which single and daysaver tickets will stay at 2021 prices – meaning a potential saving of up to 85p per journey. Pop cards are also now available digitally on Android phones, although not on iPhones.

Officials at network operator Nexus say that a huge 85% of all of its ticket sales are still paper products and are urging people to switch, with plans to hand out smartcards at stations. Young people with a 19-21 Pop card will also be exempt from the price hikes and so will anyone who has a season ticket bought through corporate schemes, but passengers who buy weekly or monthly Metro passes will not be so lucky.

The Metro Gold Card, which gives pensioners and people with disabilities unlimited off-peak Metro travel, will remain frozen in price at £12 – or £24 for those not resident in Tyne and Wear. PAYG customers will see a 65p saving on the cost of a single Shields Ferry trip, and a saving of 85p on the cost of a Ferry day ticket.

Customer Services Director at Nexus, Huw Lewis, said: “Our fares plan means that customers won’t have to pay more for their Metro travel until at least April 2023 if they switch from paper tickets to Pop, or buy corporate season tickets. We hope this will encourage people to make more frequent journeys, for a combination of leisure travel and commuting.

“This is a great price incentive to make the switch to smart travel, and it’s now even easier to use Pay As You Go now that it’s available as an app on Android smartphones.”

Why is this happening?

Annual price hikes on the Metro are nothing new, but this year’s are particularly steep as the network grapples with the devastating impact of Covid-19. Nexus says that its fare revenue is only back at around 70% of pre-Covid rates, with many former commuters still working from home.

Metro finance chiefs had predicted a budget shortfall of more than £20m this year, which the ticket fare hikes will help to plug. While the Government has announced £150m of new support funding for bus and light rail networks in England to help prop up services until October, it is still not clear how much of that cash is coming to the North East.

Mr Lewis added: “Our overall fares need to go up in order to help us to meet our running costs at a time when Nexus faces enormous financial challenges emerging from the pandemic. We believe this sets the right balance between increasing fares revenue and attracting customers back to Metro.

“Since the Covid-19 pandemic began we have required extra financial support from the Government of over £40m. Metro is a public service that doesn’t make a profit, so we require Government support alongside the revenue that we get from fares, all of which goes back into keeping Metro running.”