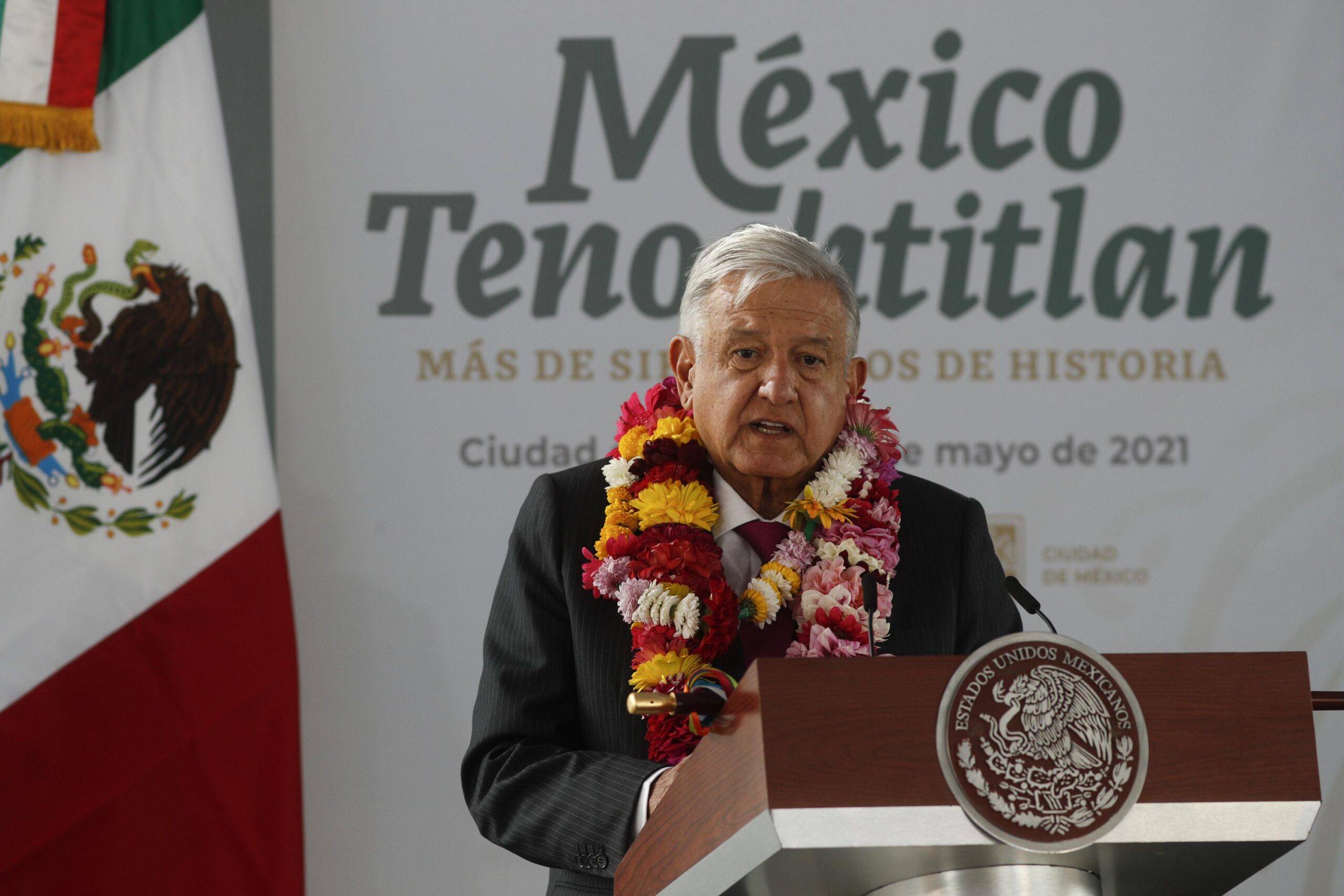 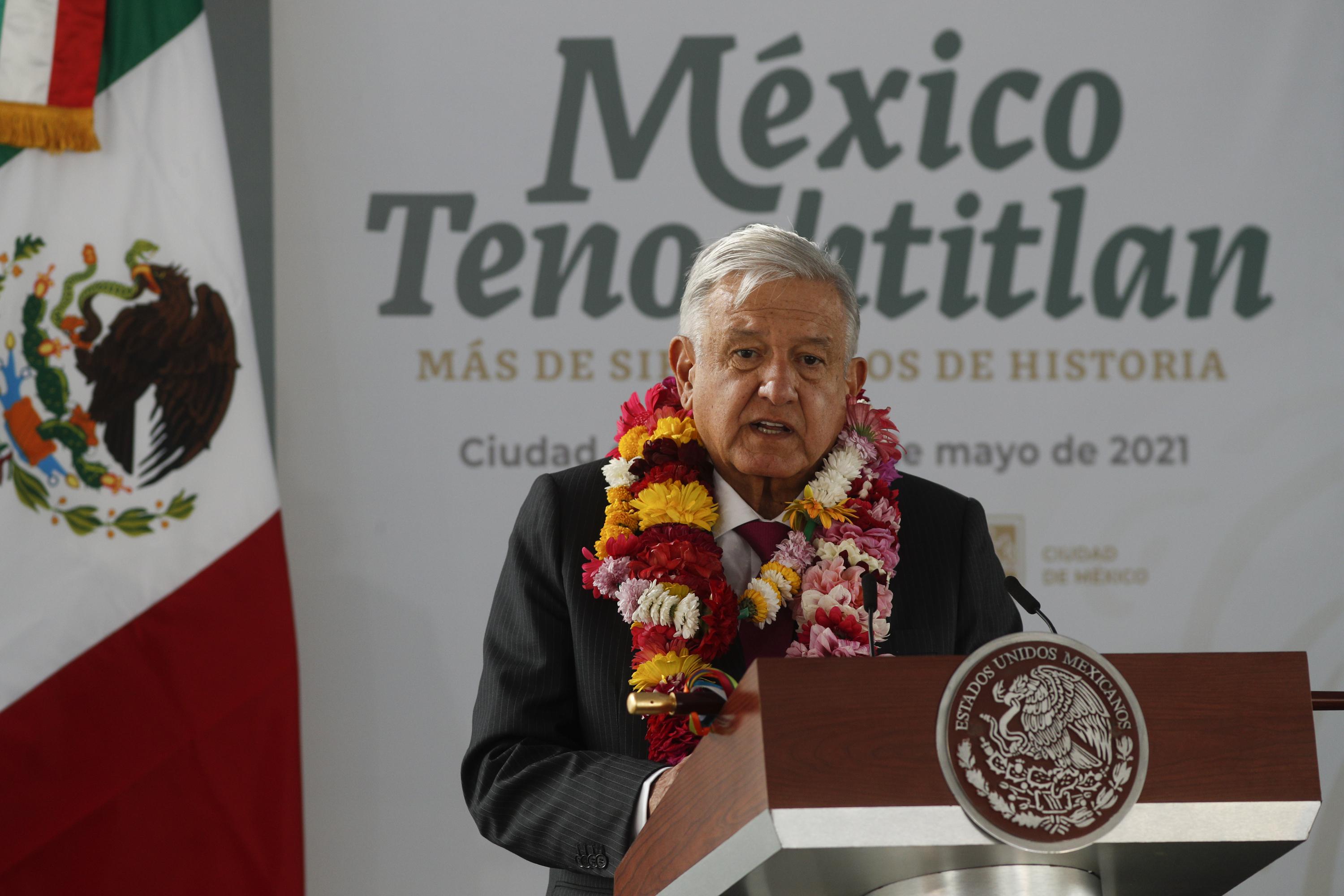 MEXICO CITY (AP) — Mexico’s president presented an apology Monday for a 1911 massacre in which over 300 Chinese people were slaughtered by revolutionary troops in the northern city of Torreón.

The apology is the latest in a series of ceremonies in which President Andrés Manuel López Obrador has sought to make amends for the mistreatment of Indigenous and minority people in Mexico in past centuries.

López Obrador said the point of the apology was to ensure “that this never, ever happens again,” noting that during the period, Chinese were mutilated or hung from telegraph poles.

“The discrimination was based on the most vile and offensive” stereotypes, López Obrador said, adding “these stupid ideas were transferred to Mexico, where extermination was added to exclusion and mistreatment.”

Many Chinese laborers had emigrated to Mexico in the 1800s, in some cases to work on the expansion of the nation’s rail network. But many set up businesses, farms and in Torreón, even a bank.

The 1911 killings of 303 Chinese men, women and children occurred during the chaotic period of the Mexican Revolution, when revolutionary troops overran Torreón, sealing the fate of long-time ruler Porfirio Díaz. The loss of the city led Díaz to resign and leave for exile.

Like most racial killings, it was fed by suspicion, hatred, fear, envy and lies. Torreón was a booming railway town, and control of it was key to rail lines north to the United States. Some Mexicans grumbled that Chinese were taking jobs or depressing wage rates; others were envious of the Chinese community’s economic success.

Between May 13-15, 1911, the revolutionary troops took control of the city from Díaz’s army and once inside the city, slaughtered many of it Chinese inhabitants, though some others hid or were saved by local residents.

The victorious revolutionary government of President Francisco I. Madero agreed to pay reparations for the massacre, but Madero himself was overthrown in 1913 and the payment was never made.

“It is during the most convulsive moments of history when these (racist ideas) get twisted into genocidal killings,” said Coahuila Gov. Miguel Ángel Riquelme. López Obrador, who usually lavishes praise on the 1910-1917 revolutionary movement noted that the movement also expressed anti-Chinese sentiments.

Historian Monica Cinco Basurto said the massacre was far from the only anti-Chinese act in Mexico. Looting of Chinese-owned businesses and the expulsion or forced departure of Chinese — often without recognizing their Mexican citizenship or that of their children or wives — extended throughout northern Mexico into the 1930s.

López Obrador was accompanied during the apology ceremony by Chinese Ambassador Zhu Qingqiao.

Mexico has relied on Chinese brands for about 10.5 million of the 29.1 million coronavirus vaccine doses received so far, or about 36% of all shots. Zhu said the vaccines and medical equipment from China “have left a strong imprint on the history of relations between our two countries.”

López Obrador said “we will never forget the brotherhood of the Chinese during the bitter and anguishing months of the pandemic.”

In the U.S., the Chinese Exclusion Act of 1882 was designed to prevent Chinese American laborers from entering the U.S. as a result of widespread xenophobia. That law made it illegal for Chinese laborers to immigrate to America and limited the Chinese population in the U.S. for more than 60 years.

It is part of a series of apologies by the Mexican president to those wronged in the past.

In early May, López Obrador apologized to the Maya Indigenous group that inhabits Mexico’s southeast, mainly on the Yucatan peninsula.

During the 1800s, Mayas were forced to work in serf-like conditions on sisal plantations. Sisal and henequen were fibers used in making rope. Some were even tricked into virtual slavery in sugar cane fields in Cuba.

Weary of taxation and exploitation, the Mayas fought an 1847-1901 rebellion against Mexican settlers and the government known as “the War of the Castes”. The rebellion was put down brutally by government troops.

López Obrador said he plans to offer a similar apology to the Yaqui Indigenous group of the northern state of Sonora.

Perhaps best known abroad for the mystical and visionary powers ascribed to them by writer Carlos Castaneda, the Yaquis stubbornly fought the Mexican government’s brutal campaign to eliminate the tribe in the late 1800s and early 1900s.

But they were largely defeated by 1900, and Díaz began moving them off their fertile farmland to less valuable territory or to virtual enslavement on haciendas as far away as the far eastern state of Yucatan.