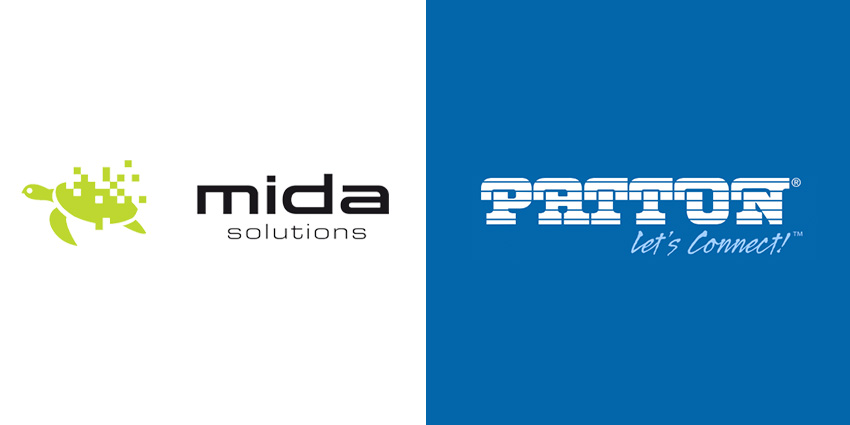 As businesses rely more on Unified Communications (UC), integration between UC applications and infrastructure and networks has become a critical enabler of efficient business communications. Interoperability between Microsoft Teams applications and session initiation protocol (SIP) or public switched telephone networks (PSTN) can be enabled by a session border controller (SBC) which acts as a connector between the apps and the network.

Mida Solutions has recently announced that it has successfully tested interoperability between its UC applications for Microsoft Teams and Patton’s SBCs which are now certified for direct routing for Microsoft Teams. Patton announced recently that it has obtained interoperability certification with Microsoft Teams for its Patton SmartNode eSBC range. The company is a long-established US-headquartered manufacturer of UC, cloud and IoT enabling solutions with a mission to provide high-quality, right-priced solutions, networking and access, and industrial connectivity products and services for customers worldwide.

Patton has been a Microsoft partner for many years, and the certification of the eSBC series for Teams came as a natural continuation of that long-standing relationship. Another factor behind the certification is the increased demand for Teams-integrated UC applications in general as the world adjusts to hybrid modes of remote and office-based working and relies more on UC and the portfolio of associated apps.

“With a Patton session border controller Teams solution, organisations that use Microsoft Teams can choose with confidence any business-class telephony calling service they prefer,” said Buddy Oliver, the Vice President of Product Management at Patton, “with no worries about interoperability delays during implementation or troubleshooting headaches during operation.”

Mida’s C3 is already available for enterprises worldwide and is included in the Connected Contact Center for Microsoft Teams Certification Program.

“The recently tested interoperability between our UC applications for Microsoft Teams and Patton Electronics’ SBCs certified for Direct Routing in Microsoft Teams is an additional guarantee that the solution we’ve created for Teams provides customers with the quality, compatibility and reliability expected from Microsoft solutions,” said Marco Cortese, President and Co-Founder of Mida Solutions”