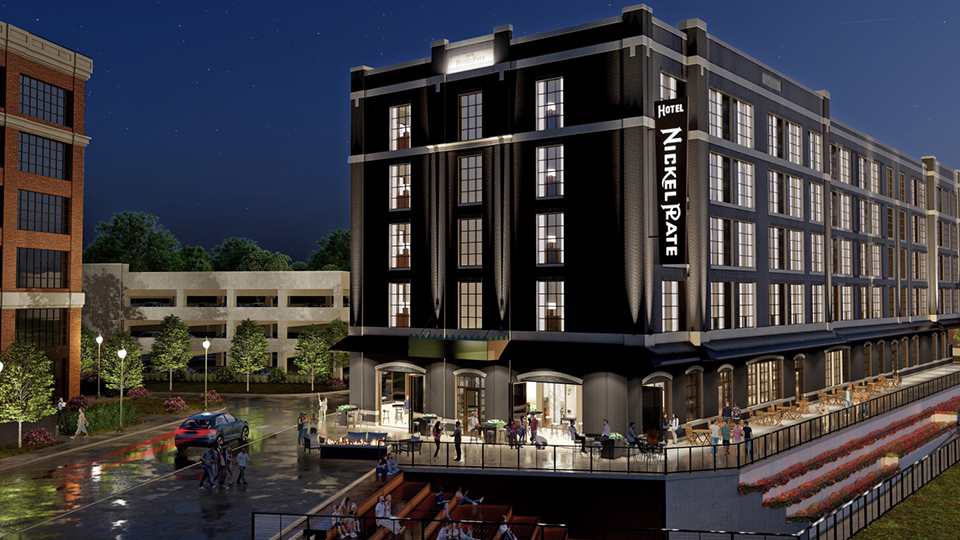 Officials have released new designs for a five-story, 116-room hotel in the Nickel Plate District in downtown Fishers. Crews are expected to break ground on Hotel Nickel Plate, which will be an upscale Tapestry Collection by Hilton property, this fall.

The project is being developed by Indianapolis-based Browning Investments and Dora Hotel Company. The hotel will include a full-service restaurant and bar on the first floor and access to the Nickel Plate Trail.

The hotel is part of an overall $157 million master development announced by Browning in December 2018. The development includes the new six-story headquarters for First Internet Bancorp (Nasdaq: INBK), as well as the Nickel Plate Station mixed-use development.

A timeline for the hotel’s opening was not provided.