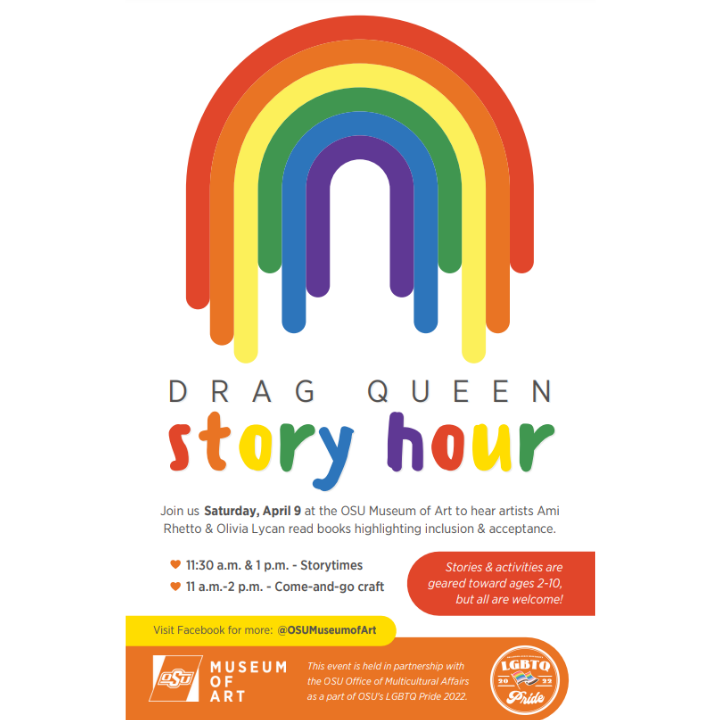 A description for the event stated that Ami Rhetto and Olivia Lycan, two drag performers, would read books that highlight inclusion and acceptance.

“The books featured will be Red A Crayon’s Story by Michael Hall and Speak Up by Miranda Paul,” the description stated. 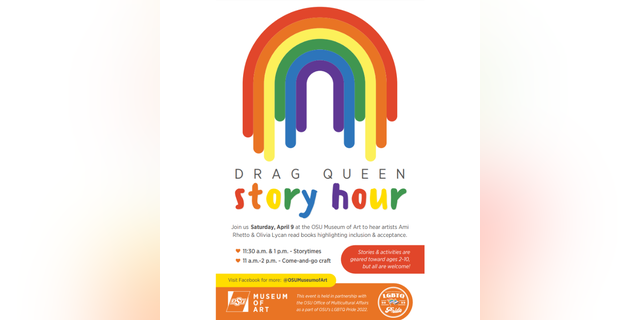 The activities during the “Drag Queen Story Hour” were geared towards children aged 2 to 8, but said “all ages are welcome to join in on the fun.”

As part of the university’s pride week, the Oklahoma State University Student Union Activities Board hosted “Condom Bingo” as well.

The event was first reported by Campus Reform.

The Museum of Pop Culture in Seattle announced it will host a week-long summer camp titled “Drag-tastic Summer Camp: The Art of Drag,” slated to take place on August 8–12, as Fox News previously reported.

Individuals aged 12 to 18 will have the chance to “investigate drag history,” while also creating drag “personas” during the camp.

A spokesperson for Oklahoma State University told Fox News Digital after the event occurred that the poster “does not have the correct, updated information and we will be removing it.”

The poster listed that “stories and activities” were geared towards kids aged 2 through 10. An age recommendation was also scrubbed from the event description after the Fox News Digital request for comment. 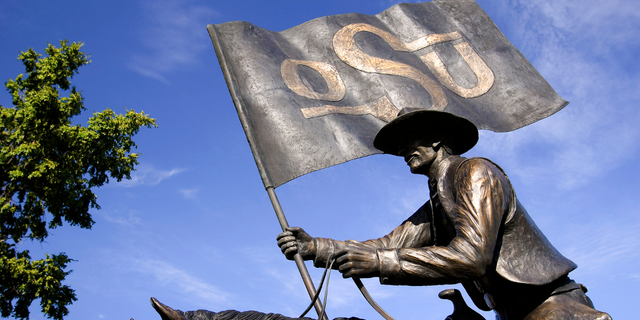 Bronze statue of a OSU Cowboy outside Pickens Stadium on the campus of Oklahoma State University on October 1, 2005 in Stillwater, Oklahoma.  (Photo by Wesley Hitt/Getty Images)

Participants can choose a drag name, learn “hair and makeup techniques,” as well as developing a “character’s stage presence.”

At the end of the camp, participants will get to “celebrate” the new “drag personas with a private showcase.” 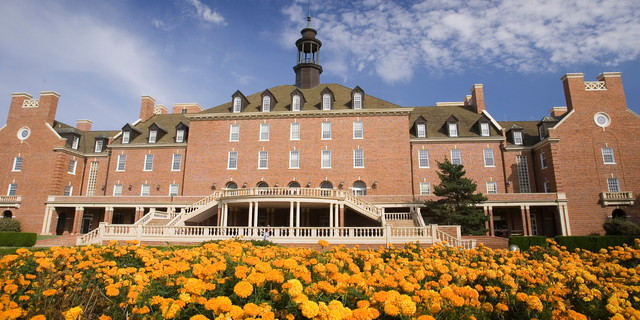 Student Union building on the campus of the Oklahoma State University on October 1, 2005 in Stillwater, Oklahoma. (Photo by Wesley Hitt/Getty Images)

A spokesperson for the museum told Fox News that they are proud to offer drag for young people to win core “self-expression.”

“We celebrate creativity with all members of our community as a core part of our mission. Like any other arts enrichment program, we are proud to offer an opportunity for young people to use drag to explore self-expression through creating characters and performances that express and uplift their unique identities,” the spokesperson said.