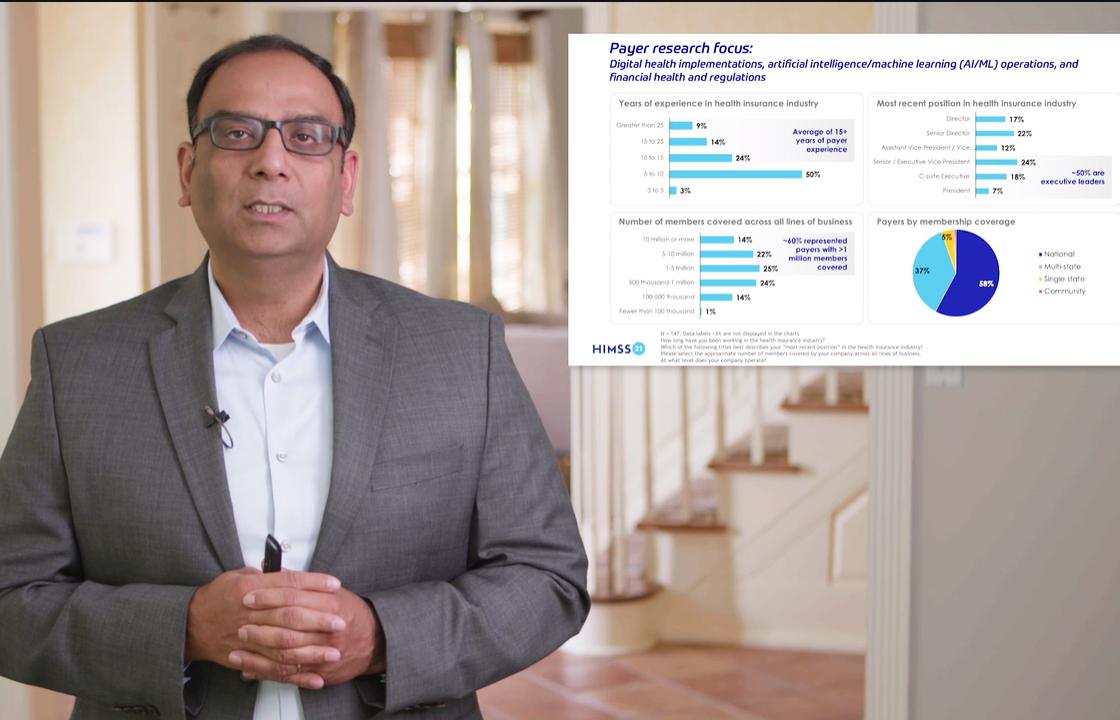 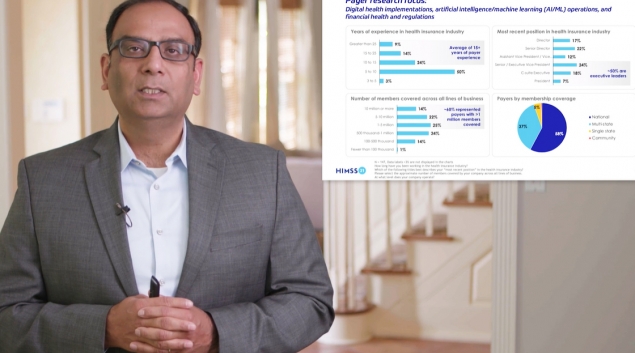 COVID-19 has led to an increase in payer adoption of technology and innovation, according to Shreesh Tiwari, principal at ZS, speaking during the HIMSS State of Healthcare event.

Sixty-four percent of health insurance executives report an accelerated adoption of digital health initiatives such as virtual health. Another 53% report an acceleration in adoption of artificial intelligence and machine learning practices, while 42% said COVID-19 has helped facilitate the adoption of value-based care arrangements, according to State of Healthcare research by HIMSS, the parent company of Healthcare Finance News.

COVID-19 has helped to drive changes not just in technology, but in attitude, Tiwari said. The mental and cultural barriers in terms of adoption are no longer being seen as issues.

Around half of payers have an innovation lab and believe AI and machine learning will drive innovation forward. But 53% believe healthcare startups will lead the way in driving big technology innovation, Tiwari said.

“Payers have tasted the fruits of innovation in the past few months,” he said. “Interoperability is being seen as a key driver in terms of managing issues coming out of the technology infrastructure, data infrastructure issues we have, closely followed by data privacy and data security.”

Four takeaways from the HIMSS research are: Operational maturity is taking hold. Continued improvement is a priority for those driven by AI, ML and automation. Challenges to innovation are more technological than cultural in nature. And there is an increase in provider adoption of value-based arrangements that has been facilitated by regulatory and payment reforms.

However, 57% of executives said they had less than 25% of contracts under value-based arrangements.

Ninety-percent of respondents said they believe healthcare costs would likely increase, with 41% citing an aging population as the top reason. Another 38% said the increase would be due to a rise in utilization and safety measures, also driven by an aging population.

Of the payers who responded, 50% had 5 to 10 years of experience, 24% were at a senior or executive vice president position, and 18% were C-suite executives.

Members were covered across all lines of business with about 60% of the insurers having more than 1 million lives covered.