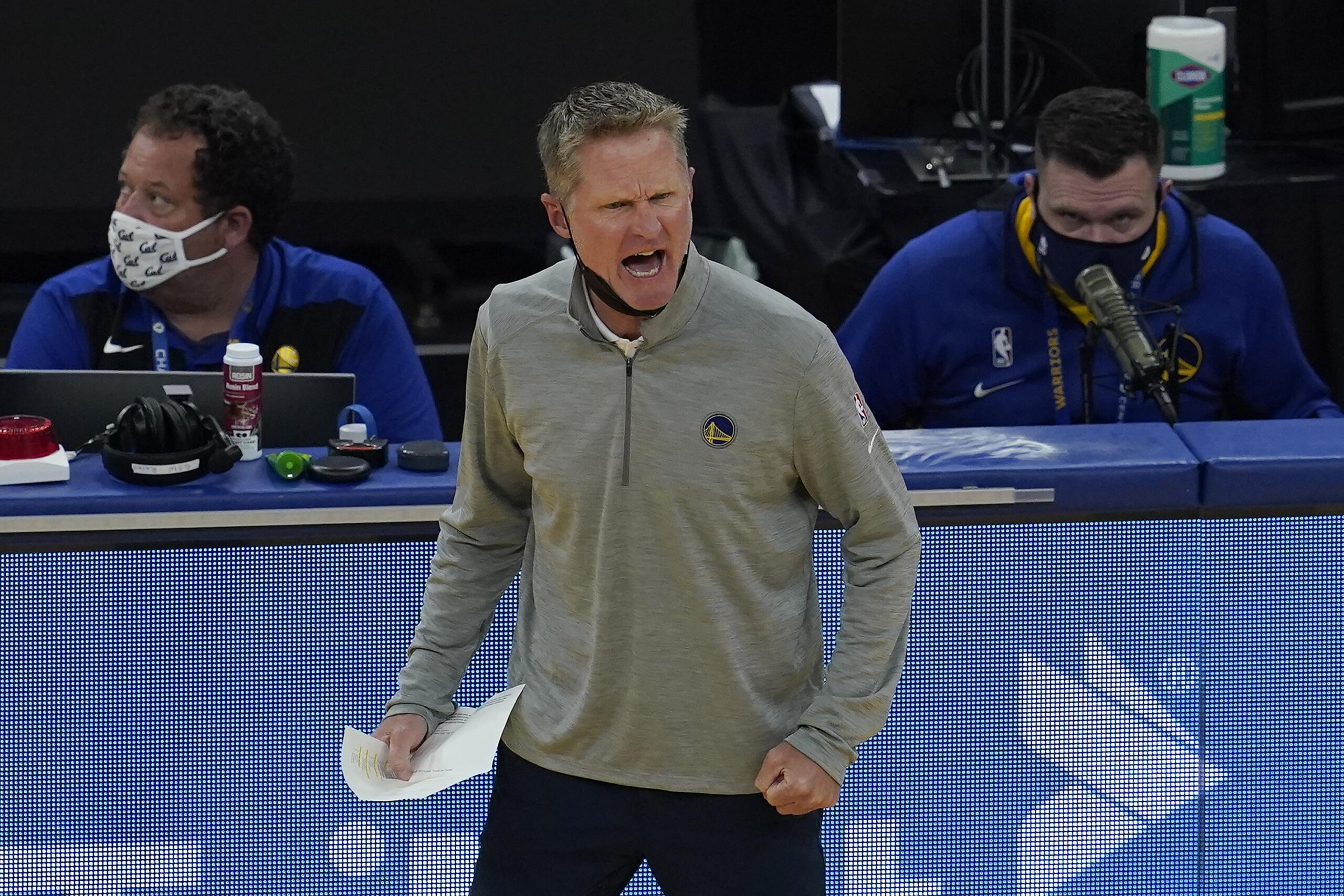 Steve Kerr is ready to play two-time NBA MVP Stephen Curry nearly every minute if that’s what it takes for the Golden State Warriors to get one win.

This is not how NBA players and coaches normally prepare for championship runs. Yes, this is the NBA postseason, but it’s not the playoffs. It’s the league’s new play-in tournament.

LeBron James may not have been in anything like this since high school. For others, this has a March Madness feel to it.

“It’s exciting,” Spurs guard Dejounte Murray said. “It’s one chance closer to get the opportunity to make the playoffs. So win or go home game. … You win and you move on, you lose you go home.”

Just ask the Charlotte Hornets, whose season came to an abrupt end Tuesday night in the NBA’s first play-in game after stumbling early and being pounded by the Indiana Pacers in what felt like an opening-round mismatch.

“We still have the opportunity to still make the playoffs,” Grizzlies point guard Ja Morant said. “We know what’s at stake. Just got to go out, handle business. Two games, one at a time.”

Stevens has been through survive-and-advance tournaments with great success: He took Butler to the NCAA championship game in 2010 and 2011. This isn’t exactly like those college-coaching days, but close enough for Stephens to draw a parallel.

“It’s a little bit like the NCAA Tournament from the standpoint of quick turnaround,” Stevens said before his Celtics secured the seventh seed with a 118-100 victory against the Washington Wizards. “We haven’t been in this situation much.”

Kerr is approaching these play-in games like one-game playoffs, much like a wild card or deciding game in the baseball postseason. That makes playing the newly crowned scoring champ every second possible — not something he would do during the regular season.

“It’s an option now because we’re in the thick of it and every game is crucial,” Kerr said. “But that’s about the limit, I would hesitate to play him much more than that. He has so much on his shoulders. It’s not easy playing for 40 minutes the way he plays especially.”

James might still be mad about the NBA’s new postseason play-in format, yet he and the defending NBA champs are in the middle of one of the biggest showdowns Wednesday night.

It’s LeBron vs. Steph, superstars who have regularly shared the NBA Finals stage now fighting for the West’s No. 7 seed. Kerr played Curry almost 40 minutes in the Warriors’ win Sunday against Memphis that determined play-in seeding.

Kerr likes the format even though his Warriors could end up missing the playoffs. Kerr believes it made the final month of the regular season much more interesting.

“We had really interesting mini battles in the standings, teams trying to stay out of the play-in at 7 and 8,” Kerr said. “So you had kind of a mini pennant race going on for fifth and sixth.”

San Antonio would already be sitting at home if not for the new format.

Instead, the 10th-seeded Spurs have a chance to keep playing as long as they keep winning starting Wednesday night at No. 9 Memphis.

Spurs guard Lonnie Walker IV, in his third season, has never been in this situation with the added bonus of trying to make the playoffs. His college team, Miami, lost its one NCAA Tournament game his one season in 2018.

The NBA experimented last summer with a play-in format after the restart to the pandemic-shortened season. Memphis and Portland squared off for the eighth and final seed in the Western Conference. Portland needed only one game to knock out the Grizzlies.

Murray has been in enough NBA playoff games that the Spurs guard doesn’t think the experience of playing a single-elimination event like the NCAA Tournament, high school or AAU can help.

“It’s the NBA, both of those levels can never compare to this level,” Murray said. “I’ve been to the playoffs before, I know the atmosphere. I know the win or go home situation.”

Grizzlies guard Dillon Brooks put it in perspective. It’s not a seven-game series, it’s survive and advance “or go to Cabo, as they say.”