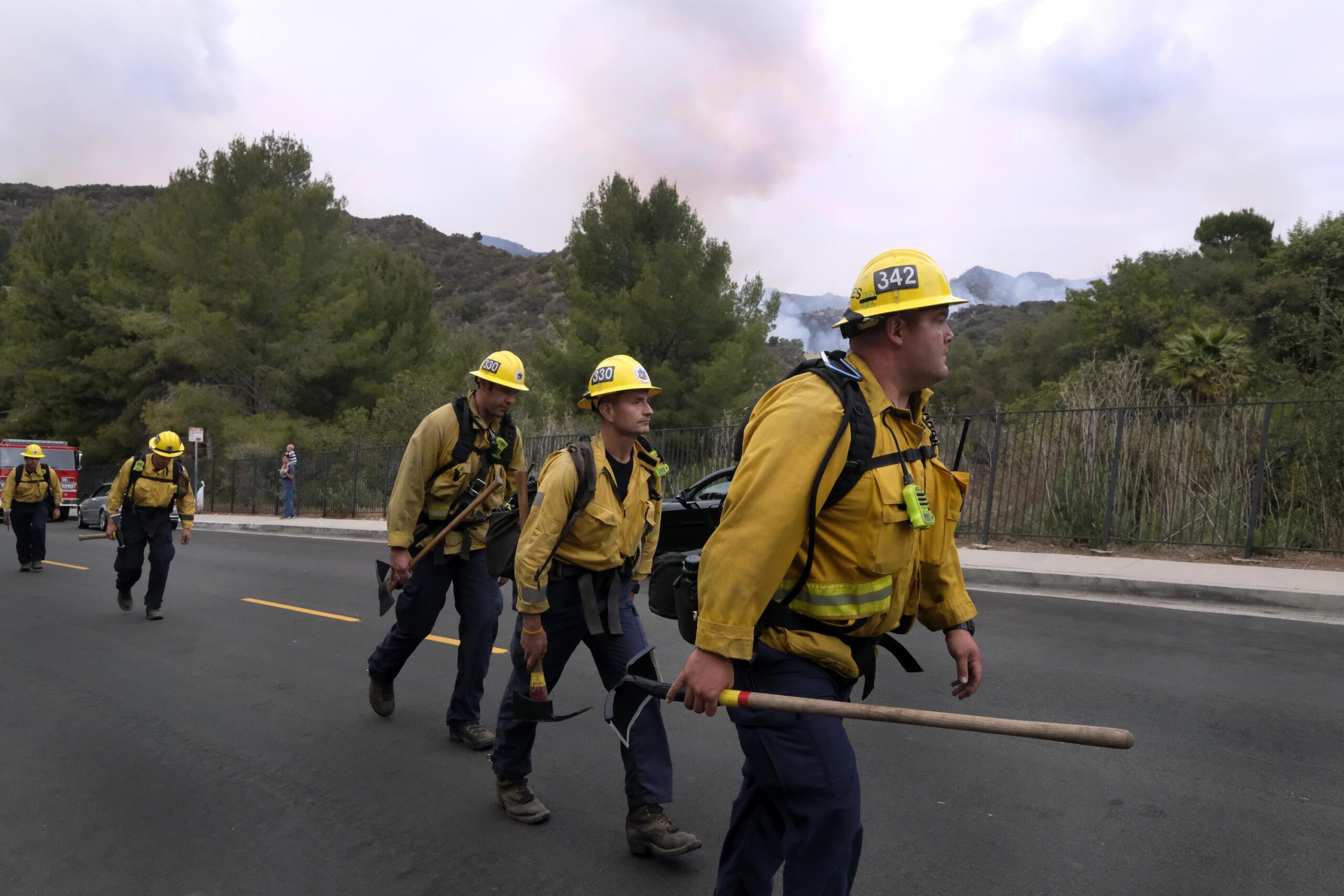 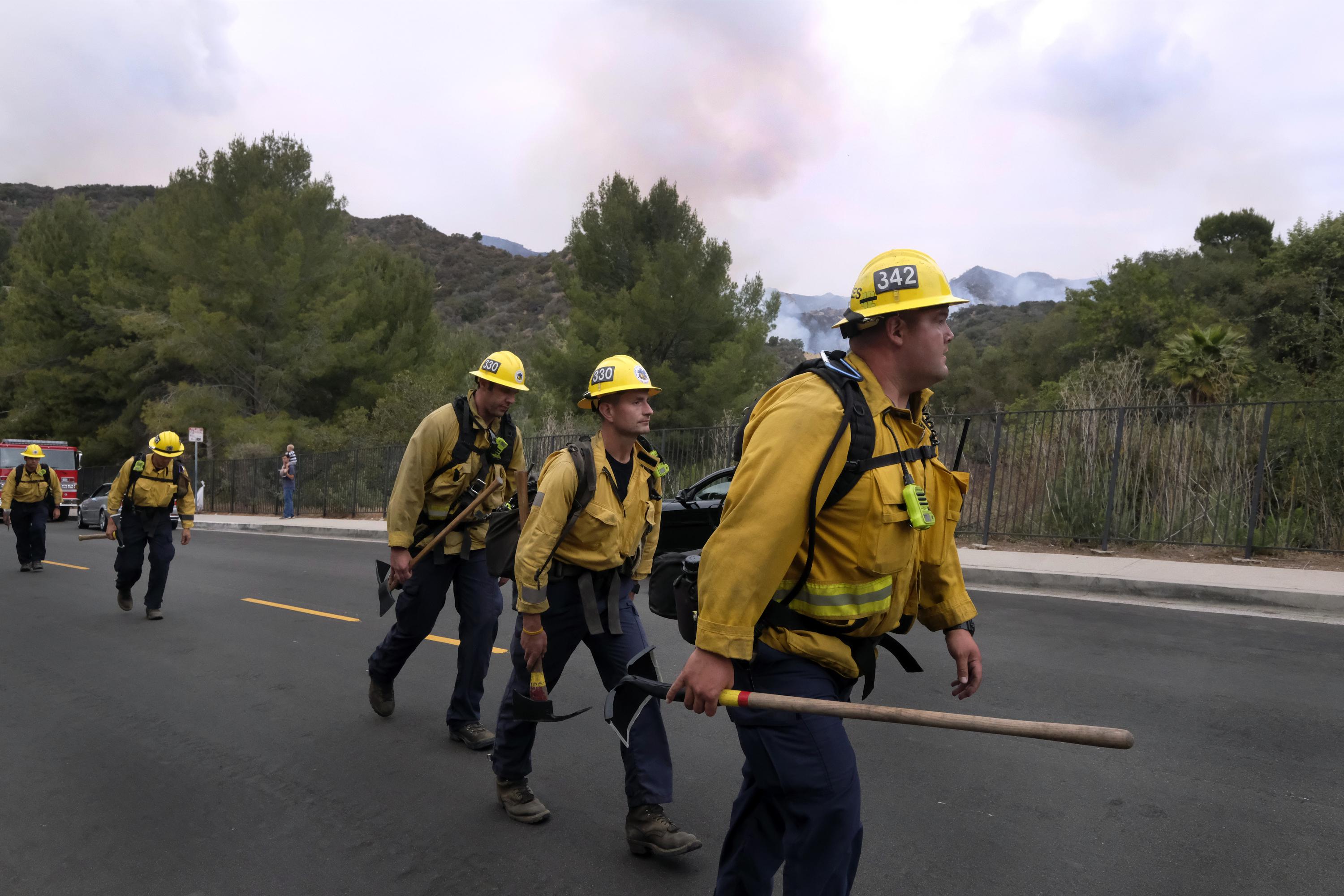 LOS ANGELES (AP) — A smoky wildfire churning through a Los Angeles canyon community gained strength Sunday as about a thousand residents remained under evacuation orders while others were warned they should get ready to leave, authorities said.

The cause of the fire near Topanga State Park has been deemed “suspicious” and is under investigation, the Los Angeles Fire Department said.

Arson investigators with the fire department and the Los Angeles Police Department identified one individual who was detained and released. Investigators then detained a second suspect and were questioning them Sunday evening, according to a statement from fire department spokesperson Margaret Stewart.

Cool, moist weather early in the day gave firefighters a break, but by afternoon flames starting moving again in steep terrain where tinder-dry vegetation hasn’t burned in a half-century, the fire department said.

No structures were damaged and no injuries were reported in the wildfire that broke out late Friday in the Santa Monica Mountains. It smoldered for much of Saturday before erupting in the afternoon.

A thousand or so residents of the Topanga Canyon area were ordered to evacuate their homes as flames raced along ridges, sending a huge plume of smoke and raining ash across surrounding neighborhoods and the U.S. 101 freeway to the north.

By Sunday evening, the fire had charred a little over 2 square miles (5.4 square kilometers) of brush and trees. There was no containment. The Los Angeles sheriff’s department’s Lost Hills station said on Twitter that the evacuation orders will remain in effect throughout the night.

Crews relied on aircraft making drops of water and retardant because “the terrain is very steep and extremely difficult to navigate which hinders ground based firefighting operations,” a fire department statement said.

Topanga Canyon is a remote, wooded community with some ranch homes about 20 miles (32 kilometers) west of downtown Los Angeles, on the border with Malibu.

AP journalist Emily Wilder contributed to this report from Phoenix.