Preserving the Memory of John Wayne 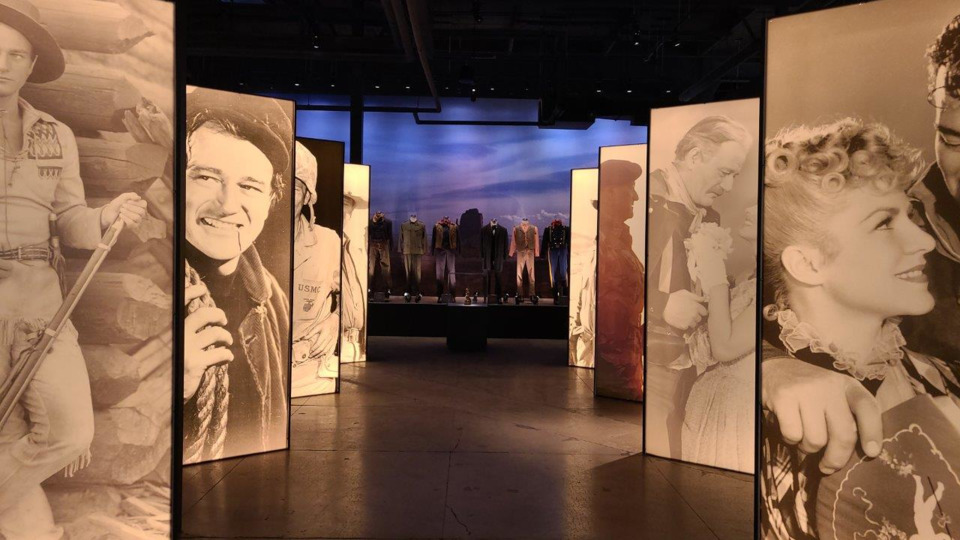 SpeedPro Dallas was recently announced as the 2020 winner of the prestigious SpeedPro Project of the Year award for its masterful work on behalf of “John Wayne: An American Experience.”

Located at the Fort Worth Stockyards National Historic District, the SpeedPro Dallas studio jumped at the opportunity to keep the spirit of an American icon alive through the production of creative printing and graphics for the eponymous museum.

The general contractor of “John Wayne: An American Experience” specifically approached SpeedPro due to its long-standing reputation for quality, as well as its ability to rapidly turn around work. The museum needed to be completed rapidly, in order to be finished by the opening of the National Finals Rodeo.

Every visible element in the 11-room museum (other than memorabilia, costumes, display cases, the barnwood entrance and station wagon) were produced and installed by the four-person team at SpeedPro Dallas in just 16 days. With more than 8,000 square feet of rolled and rigid media printed and installed, the team illustrated the multi-faceted history and persona of The Duke authentically and compellingly.

SpeedPro Dallas worked directly with John Wayne’s son, Ethan Wayne, and several designers to create “John Wayne: An American Experience” as an homage to one of the most renowned Western actors in history. The museum was still being built while SpeedPro Dallas was designing and installing the various graphics and lighting, and it required having the ability to effectively collaborate with contractors, electricians and sound engineers throughout the venture.

In addition to the general wall, window and floor vinyl and graphics, SpeedPro Dallas constructed a walkway of 5- by 10-foot backlit boxes, each with an image of John Wayne throughout his career. SpeedPro Dallas ensured that the floodlighting was correct so that the graphics printed on acrylic panels appeared crisp and captivating, without looking washed out. LED lights were strategically placed to create a smooth shadow effect across the image.

Another challenge was maintaining the consistency of the print so that the color saturation was correct across walls as big as 35 feet wide. By stitching together 16-foot high by 54-inch wide sections of vinyl with 10–12 sections in a row, SpeedPro Dallas maintained the clarity of the image from panel to panel.

It was an honor for the SpeedPro Dallas team to produce and install one of the largest projects in the business’ 13-year history in order to fulfill the vision of the extraordinary tribute to John Wayne in order for the legacy to live on.

SpeedPro Dallas’ Studio Owner Mike Taylor was elated to be involved with this initiative.

“As a 67-year-old and a John Wayne fan since the ’60s, working with Ethan Wayne to make John Wayne’s life alive again was a thrill,” Taylor said. “It was a great experience and I am very proud of it.”