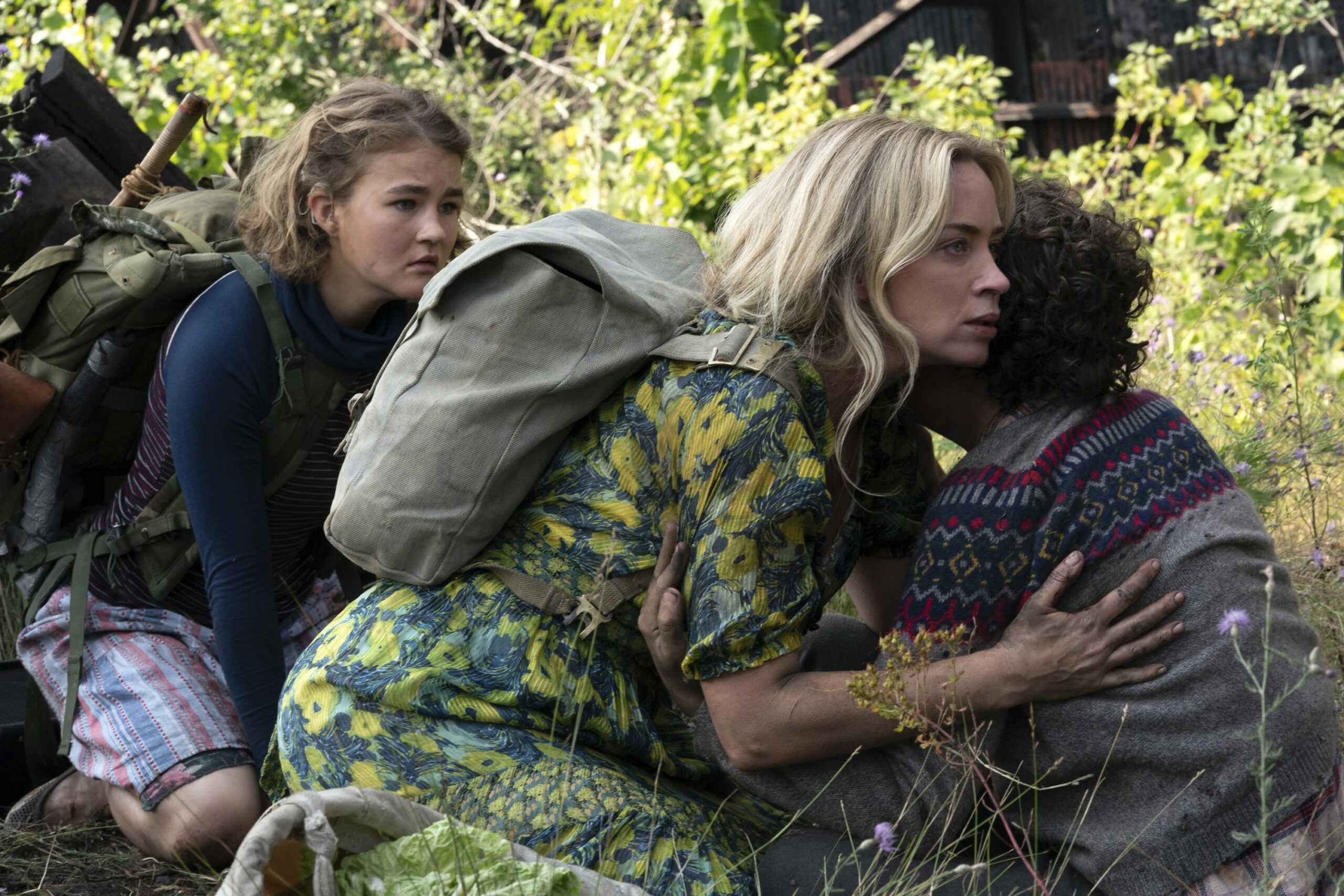 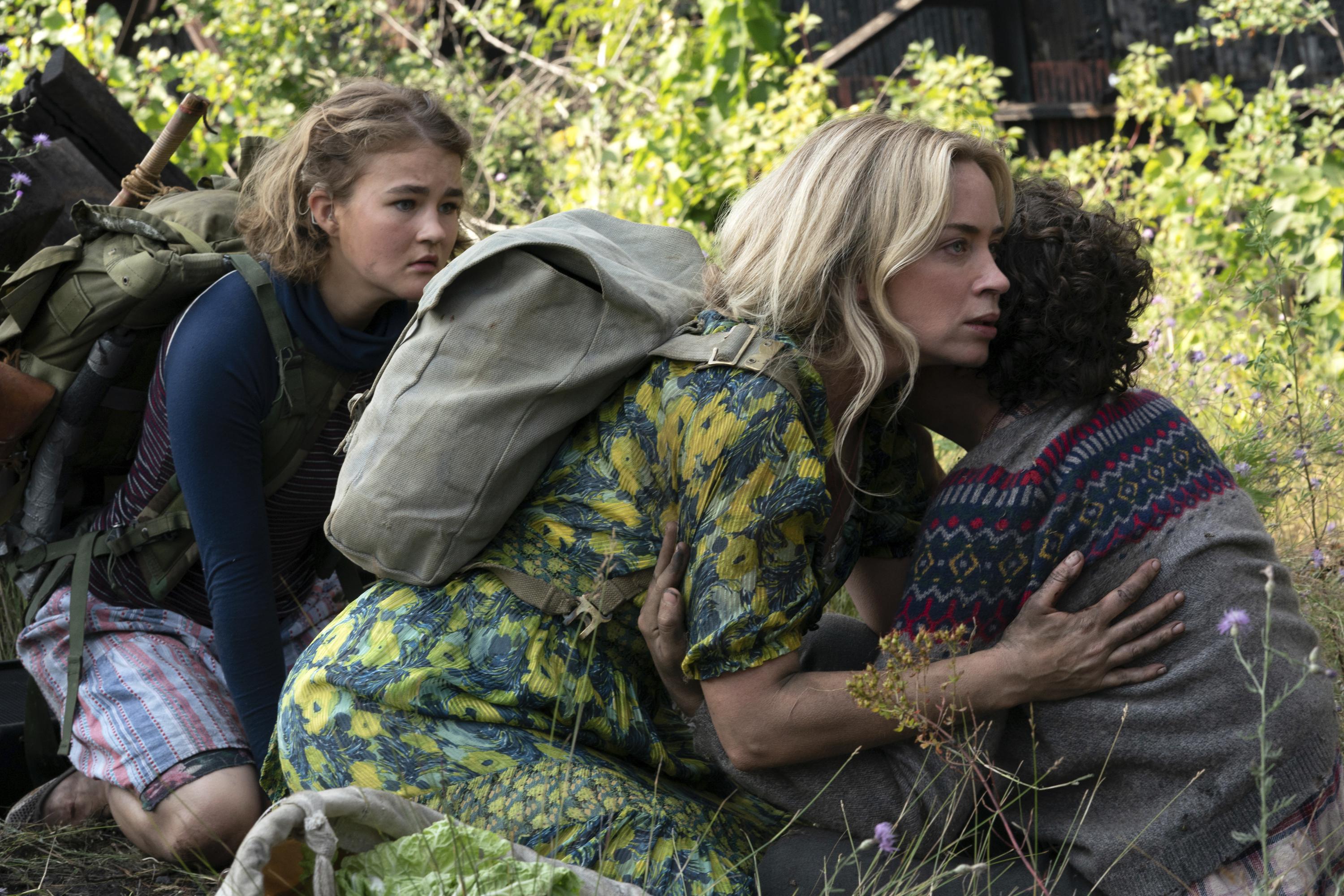 John Krasinski catches you off guard in the first moment of “ A Quiet Place Part II,” inviting you into his film with the most terrifying thing of all in this universe: Noise. It’s a testament to the effectiveness of “A Quiet Place” that any sound is guaranteed to make you immediately uneasy: The crinkle of a bag, the crunch of an apple, a car door closing. Krasinski begins the sequel, which he wrote and directed, in a flashback to the day the monsters arrived, and boy, are we LOUD.

It’s a bit of a gut punch, and not just because he doesn’t waste any time before getting to action. We know he and others won’t be around when the film cuts to the present. And you might be surprised how far just a little glimpse of their pre-disaster happiness goes when it comes to reminding you what they’ve lost and what they’re trying to hang on to.

And this one picks up right where we left off. Emily Blunt’s character, Evelyn, has not had time to go full Sarah Connor in “A Quiet Place Part II.” Like John Wick, the Abbotts don’t get a breather. And she and her family — a newborn, her son Marcus (Noah Jupe) and daughter Regan (Millicent Simmonds) — are on the move to find somewhere else to stay. They’ve rigged up a terrifying coffin-like box for the infant with an oxygen tank and a baby breathing apparatus so that they can move without worrying about the baby’s cries. Clearly it’s been mostly thought out by people who are actually parents themselves, but it’s better if you don’t ask too many questions about the logistics of all of this.

Suffice it to say, the introduction of the baby ensures that your stomach will never not be in knots throughout the lean duration of the film. Krasinski makes one choice with the baby that borders on indecent, but it’s terribly effective.

It is somewhat astonishing that they were able to find enough new in this world to justify a full sequel, but unfortunately for everyone Regan’s inspired hack to stun the monsters using high frequency sounds is only effective in the immediate surroundings. In other words, there are a lot more out there.

The family does find another place and a once-friendly face, in Cillian Murphy’s Emmett. But like so many of Murphy’s characters, it’s unclear whether or not he can be trusted and he doesn’t seem like he wants to help.

Blunt, Simmonds and Jupe are all once again terrific in their roles, using sign language and their expressive, empathetic faces to brilliantly convey terror, love and pain. The nail also reprises its role and is just as effective at creating tension as before, but Krasinski unfortunately has something more brutal in store for one of the Abbotts.

But the reason these films work is not because of the scares. They work because, at their heart, they are a high concept meditation on parenting. Sure, the surprises keep your heart rate up and all that but the true terror, the one that buries itself in your consciousness, comes from that deep, intractable fear of not being able to protect your kids. Many monster movies boldly claim to be about something bigger and rarely are. These films succeed at that.

After being delayed more than a year, “A Quiet Place Part II” is debuting only in theaters for the first 45 days, until it’s made available on Paramount+, and it might sound cliché, but it’s hard to imagine seeing it anywhere but on the big screen. It’s the kind of movie that demands it.

“A Quiet Place Part II,” a Paramount Pictures release in theaters May 28, is rated PG-13 by the Motion Picture Association of America for “terror, violence and bloody/disturbing images.” Running time: 97 minutes. Three stars out of four.

MPAA Definition of PG-13: Parents strongly cautioned. Some material may be inappropriate for children under 13.