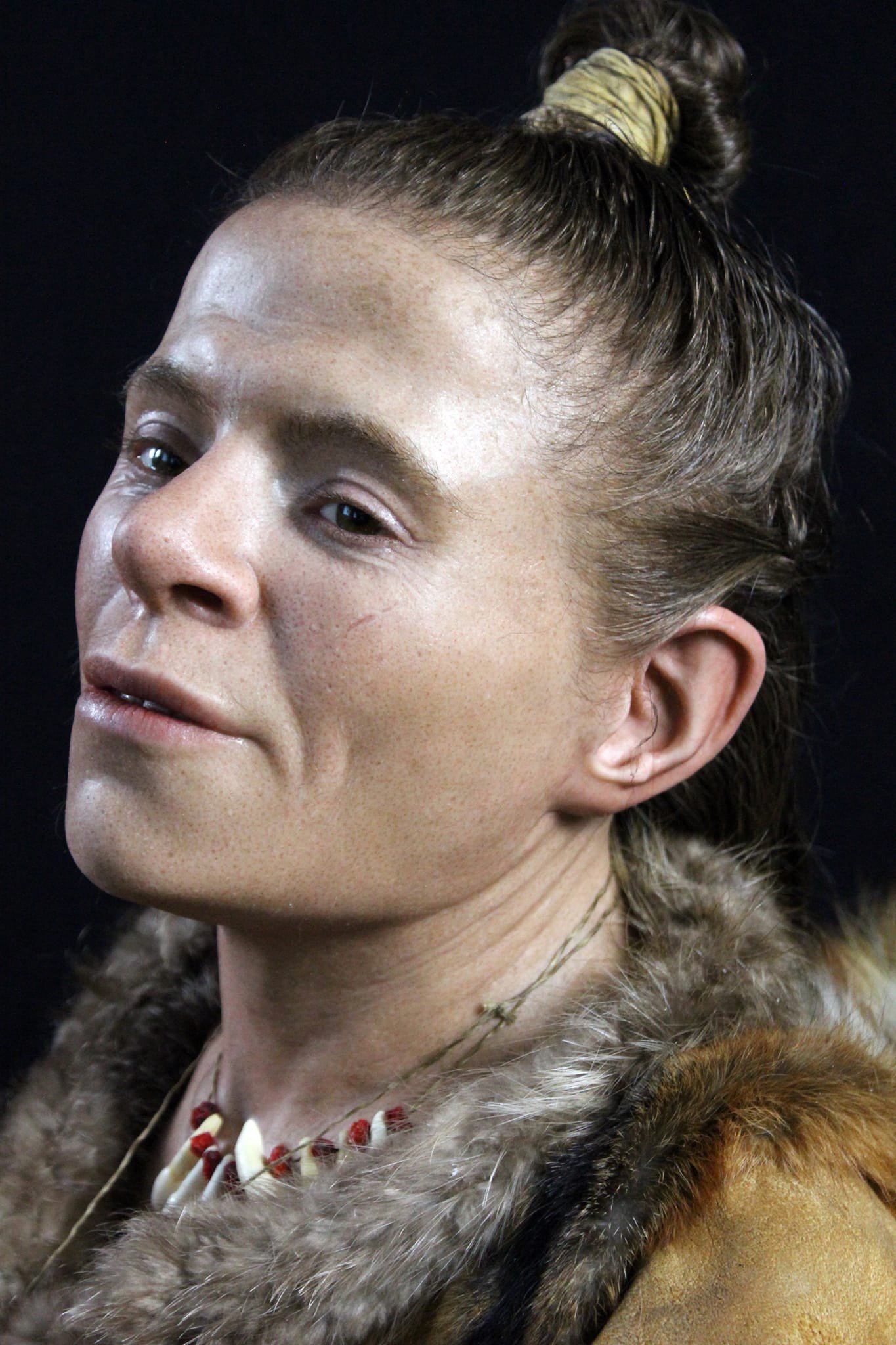 A lady had been untouched in a marble burial in the woodlands of northern Sweden for 4,000 years. She had most likely tracked animal movements through the forests and all along the Indalsälven river. She was cremated alongside a youngster, maybe her son, who was thought to be approximately seven years old when she died in her thirties for an unfathomable reason. The Stone Age duo were the earliest remains discovered in that part of Sweden, where severe circumstances make conservation difficult. Nilsson has been an innovator in reconstructing archaeology for the past 20 years, bringing to life more than a hundred long-dead human forebears. Building these faces provides him, and the millions of people who visit his restorations in museums across the world, with a window into history.

Nilsson, a leader in reconstructed archaeology, was contacted by curators from the Västernorrlands Museum for the proposal for an impending display. He recreates features from thousands of years ago using a 3D printed skull restoration, molded clay depicting face muscles, and skin-tone rubber. He has reconstructed the looks of 100 ancient humans during the last 20 years. His most recent project required him more than 350 hours to finish.

Usually, DNA is used to accurately estimate traits, but there wasn’t enough DNA from the skull to detect biological traits like eye color and skin tone, but Oscar Nilsson used his understanding of the era to infer that the lady would have been translucent with black hair. The skeletal structure of the skull also revealed information about how the woman appeared while she was breathing. Depending on the fundamental facial expression, the individual characteristics were subsequently altered to conform with the architecture of the skull. To build the rebuilt face, the elements were “transformed around each other” employing a software program.

The lady stood about five feet tall, which museum archaeologists describe as “small even for her time.” Her bottom jaw bone is characterized as “very masculine,” with projecting teeth, a crooked nose, and lower set eyes. Despite the fact that the lady from Lagmansören was beautifully maintained, no usable DNA was recovered. This indicated that the woman’s complexion and hair pigmentation couldn’t be ascertained scientifically. Nilsson, on the other hand, studied historical migration routes and determined she would’ve been light-skinned with black hair. The painter added that replicating powerful emotions, such as wrath, “is strictly banned” in ancient facial reconstructions, and he concentrates on blending together emotional responses to create the appearance that the face is inactivity, “and therefore, awake.”