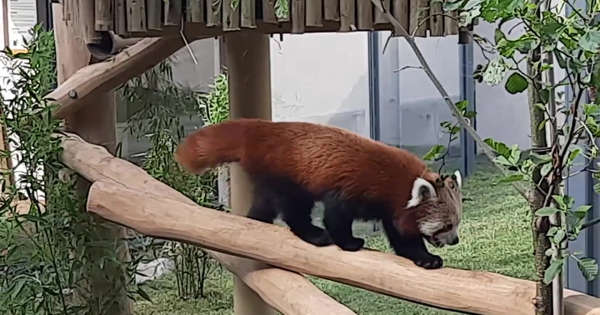 West Midland Safari Park has announced that it is building more luxury lodges. The latest ones will be within a new tiger enclosure and will be open from this summer.

Details of the exciting new addition were made on Tuesday (March 22) as the Worcestershire park continues its expansion programme. Work will begin on the four new lodges in the spring and they’re expected to be completed in time for the peak summer season.

When they are built, that will bring the number of lodges and cottages within the park to 22. Most of the existing ones are already fully booked up until next year.

Read more : Tiger surgery and tarantulas – the life of a vet at West Midland Safari Park

West Midland Safari Park said it had now been granted planning permission to build a new habitat for Sumatran tigers with the four lodges inside it. Two of them will have a sunken hot tubs where guests can sit and watch the tigers with just panes of glass separating them.

The popular attraction, which is between Bewdley and Kidderminster, already has a range of overnight accommodation. There are eight lodges next to the cheetah and elephant enclosures, two cottages within the red panda’s pen and eight lodges within the rhino and giraffe areas are due to open in April.

A statement from the park said: “We’re excited to share that planning has now been granted for a brand new tiger habitat with integrated guest accommodation. The new Tiger Lodges are scheduled to open this summer and will be truly breath-taking, allowing guests to sleep a whisker away from these amazing creatures.

“In two of the four new lodges, there will be private verandas with sunken hot tubs. Guests can truly relax in luxury, with magnificent views into the tiger habitat,” the statement says.

The existing 18 lodges and cottages opened last year and are doing a roaring trade for the park. The elephant and cheetah lodges are booked up until November 2022, with the rhino and giraffes ones booked up until the end of September 2022.

But they’re not cheap. Prices for the lodges are around £500 a night, with the red panda cottages being an eye-watering £850. But the park defends the high cost, saying all the money goes back to the park, its maintenance and caring for the animals.

Bookings are not yet open for the new tiger lodges. But to sign up here for the newsletter giving details of when they’ll open.