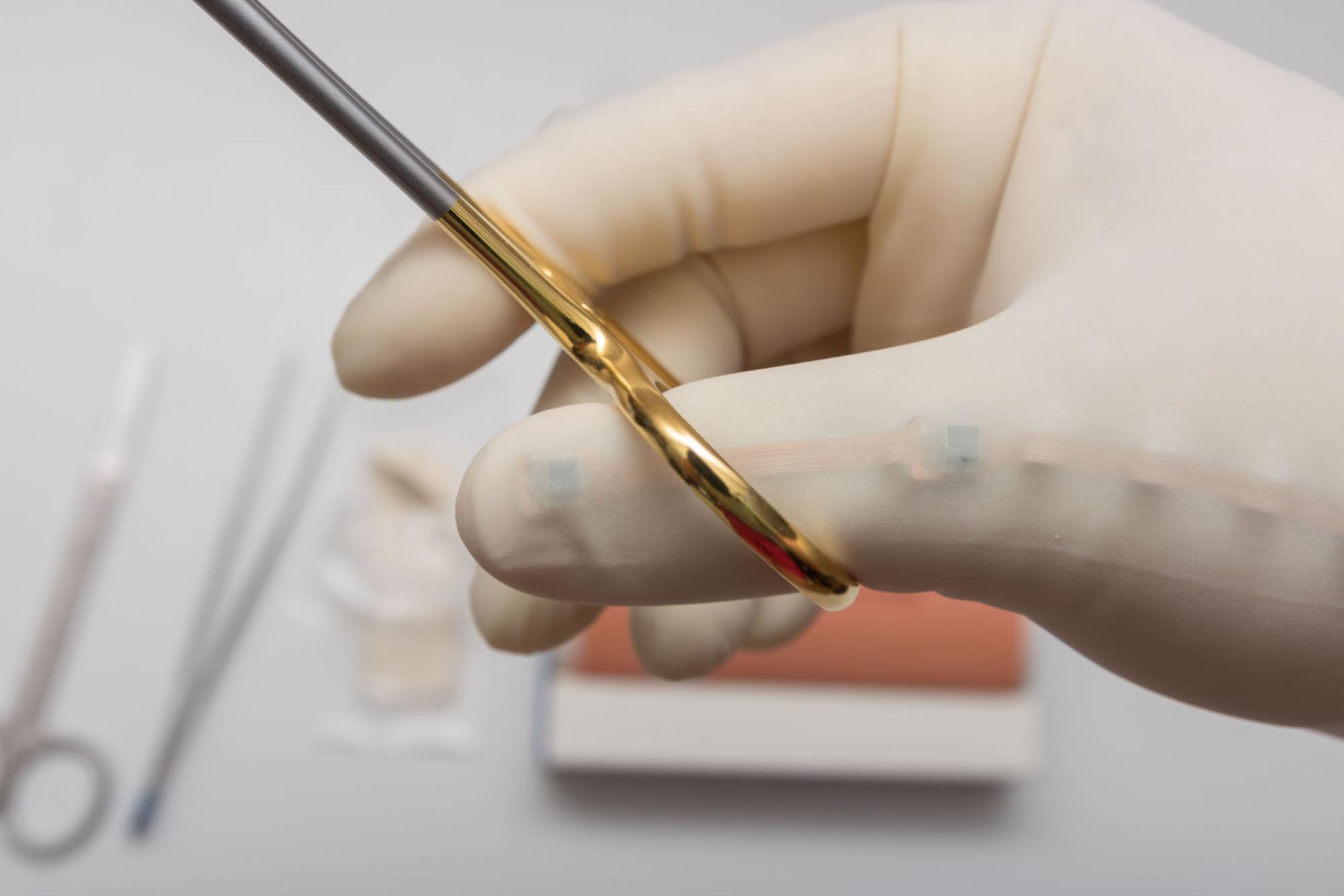 A glove is being trialled at Liverpool Hospital that gives surgical trainees instant and accurate feedback. Researchers say the gloves could also be used by musicians and artists.

Engineers at Western Sydney University have invented a new surgical glove built around low-cost sensors which can record hand movements in fine detail, giving trainee surgeons and their mentors actionable data to evaluate and improve on intricate surgical procedures.

The research team are working closely with surgeons and students at Liverpool Hospital to develop the technology, which will augment rather than replace traditional surgical training.

Dr Gough Lui, who led the work, believes the device could objectively measure the intricate hand manoeuvres of surgeons, allowing for clear and actionable feedback for trainees.

“Training surgeons in a more objective and evidence-based manner ensures evidence-based competency,” says Dr Lui. “Teachers will be able to give precise feedback on minute details post-surgery, and students can analyse their performance.”

Surgical techniques have advanced significantly in the last century, but surgical training still fundamentally relies on observation – mentors looking over the shoulder of trainees to give personal feedback.

The gloves developed by Gough and his team collect motion data and relay them to a smartphone or computer, where each tiny movement is recorded and visualised.

The gloves are not a replacement for trainers, but instead augment their ability to give advice.

The researchers have been working closely with surgeons at Liverpool Hospital to make sure the device meets the exacting requirements of surgical skills training.

“A surgeon’s hands do delicate work, and the prototype needed to enhace that without adding bulk or distraction to the glove,” says Gough.

For example, the first model had wires and sensors on the fingertips, but later prototypes used sensors on the forearm and the back of the hand to capture force and motion data without interfering with the surgeon’s own sensitive hands.

Next steps include developing a mobile app so students might take the gloves home for practice.

Beyond surgery, the team hope the gloves could help other professionals who rely on manual dexterity, such as musicians and artists.

Development of the glove has been supported by South Western Sydney Local Health District, Liverpool Hospital, The Ingham Institute for Applied Medical Research and the James N. Kirby Foundation.