Smith puts money behind ideas to bring innovation to NASCAR 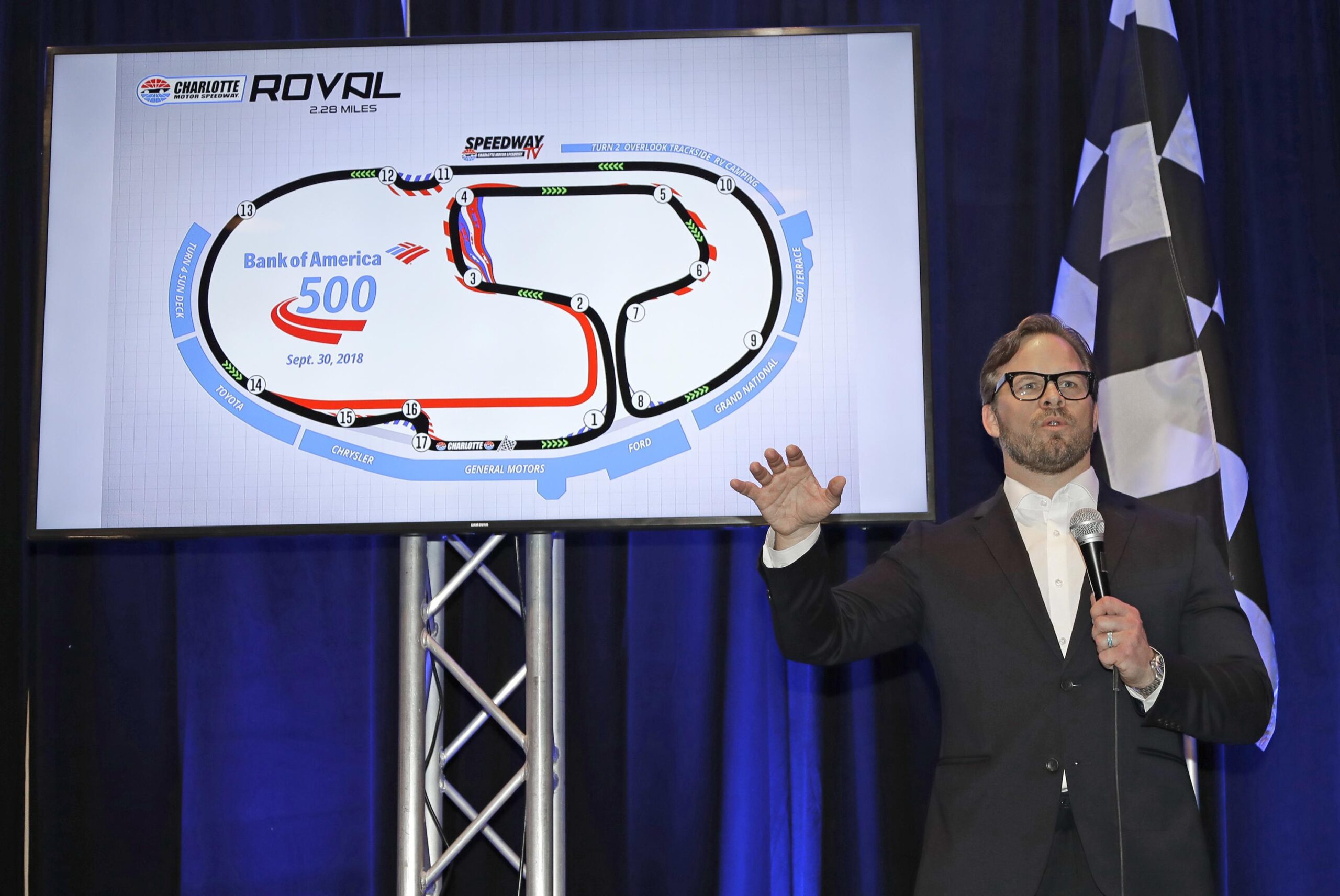 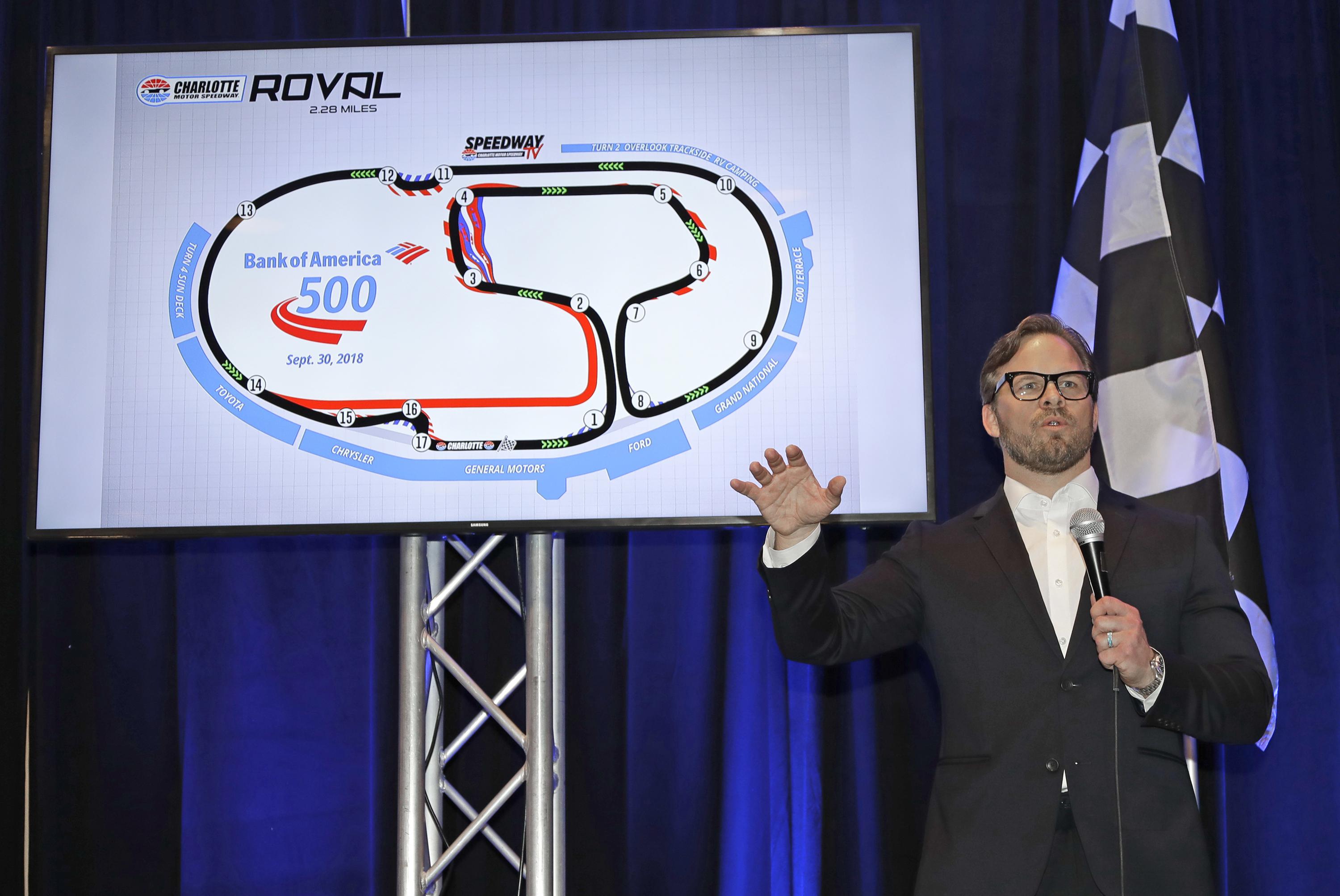 NASCAR promised improved energy and new ideas this season, pledges that gave fans hope but could easily fail to deliver any meaningful change.

Everything costs money, someone needs to be willing to spend it, and no concept can become a reality without some sort of financial commitment.

Marcus Smith, somewhat quietly, has taken a pivotal role in shaking things up this season in NASCAR’s attempt to spark new interest to the sport.

It’s easy to say that NASCAR wants to give fans the kind of racing they want. It’s another to actually deliver, something Smith is trying to do as a risk-taking promoter.

Smith, the head of Speedway Motorsports since 2015, has gradually taken his seat at the table. He altered Charlotte Motor Speedway to create a hybrid road course/oval in 2018 to add a wrinkle to the playoffs instead of the same old intermediate oval.

His latest project was a $2 million spend at Bristol Motor Speedway for Smith to cover the beloved short track in red Tennessee clay for the first dirt Cup race on dirt since 1970. Next up is this weekend’s tripleheader at Circuit of the Americas, where Smith leads NASCAR into a new market by pulling a page from his father’s playbook.

Bruton Smith founded Speedway Motorsports, owner and operators of eight tracks on the current Cup schedule. The company in late 2019 went private, which has given Marcus Smith the ability to break from the norm and take chances the way his dad used to when he just began as a promoter.

That’s how he put COTA on the schedule.

The 3.426-mile course in Austin opened in 2012 to Formula One, and 100,000 tuned out for that race. But the track was viewed as a direct competitor to Texas Motor Speedway, a jewel in the Speedway Motorsports property, especially when it welcomed IndyCar to the circuit.

It was ignored for the most part by NASCAR, at least until NASCAR made it clear it wanted a change to the 2021 schedule. Fans wanted to see more road courses, so Marcus Smith did as his father might have done decades earlier.

“This is really a throwback to how NASCAR’s first promoters like my dad and Bill France Jr. and Bill France Sr. would make things happen in the early days,” Smith said. “A promoter would go to a track owner, and many owned former horse tracks back then, and lease the track to promote and produce a race. They’d run the race and then move on to another place, much like the circus.”

COTA is leased to Speedway Motorsports this weekend with Smith and his group responsible for every aspect of the Truck, Xfinity and Cup race tripleheader. The weekend kicks off the first of four consecutive Cup races on the NASCAR schedule hosted by Speedway Motorsports, the longest streak yet for the company that has always challenged NASCAR’s ironclad hold on the stock car series.

To make this stretch happen, Smith moved the annual All-Star race from Charlotte Motor Speedway, where it had been held 33 consecutive years before the pandemic forced it to Bristol last year. Once the All-Star race had been untied from its longtime home, Smith decided to shift it to Texas Motor Speedway this year and take the points-paying Cup race from Texas elsewhere.

To Austin, and a new road course, to be exact.

COTA helped NASCAR swell its schedule to a record seven road courses in 2021, up from three since the Smith-created Roval at Charlotte was added to the Cup schedule.

The Speedway Motorsports swing goes from COTA to Charlotte for the Coca-Cola 600, the longest race on the NASCAR calendar. Then NASCAR moves to Sonoma Raceway, an original road course on the calendar, and Speedway Motorsports closes its four-week bloc with the All-Star race at Texas.

As the nation emerges from the pandemic and restrictions have been lifted in many states, Smith is hoping the Speedway Motorsports stretch of races hits at a time the public is seeking entertainment options. He believes his tracks can deliver.

“We’re big believers in the sport, and NASCAR and motorsports in general is really popular and exciting and people want to be a part of big events,” Smith said. “From a human perspective, we all can appreciate live events more so than we did 18 months ago and kind of value what it brings to our quality of life. I view it as one of the important purposes of my job, to provide events and purposes and venues where people want to gather to have fun and make memories.”