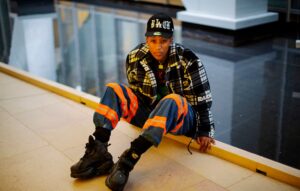 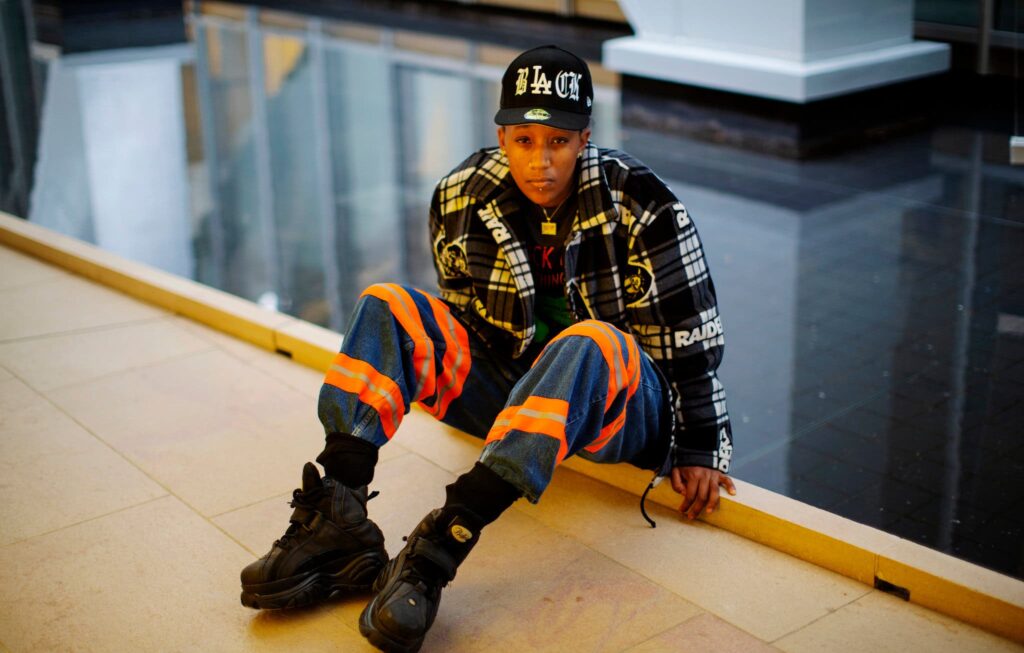 Afrofuturism, a politically-charged artistic movement at the intersection of African cultural aesthetic and elements of technology of a reimagined future, sits at the heart of her installation, titled the eastside of south central los angeles hieroglyph prototype architecture (I), which explores 1960s utopian architecture, Egyptian imagery and contemporary street art. It is designed to be explored by guests of the Met.

Halsey, a Yale art graduate and prior resident artist at Studio Museum in Harlem, told the New York Times, “It’s a construction project that we’re managing that will exist within the context of the Met… [a] remix of and sampling of Pharaonic architectural symbols — the sphinx, columns, pavers.”

After its run at the New York museum, the installation is planned to travel to Halsey’s hometown of South Central LA, where it will reside permanently.

“With this installation, Halsey channels The Met’s unparalleled Egyptian Art collections through the lens of Afrofuturism, while also creating a powerful form of documentation of her neighborhood in South Central Los Angeles,” said Max Hollein, Marina Kellen French Director of The Met, per the press release. “Engaging with the past, while also exploring a space of speculative imagination, Halsey offers us a powerful statement about civic space, social activism, and a reconsideration of the possibilities for architecture and community engagement.”

The chairwoman of modern and contemporary art at the Met, Sheena Wagstaff, also sang praises to Halsey’s work. “Halsey’s activist vision offers a portal into the near future. She has created a monument to living architecture, carved exquisitely with a pictographic vernacular that meshes ancient hieroglyphs with the visual motifs of her home and community.”

During the start of the pandemic, Halsey used her 2018-founded community center, Summaeverythang, as a vessel to provide impoverished areas of South Central and Watts free organic produce from locally sourced farms of the region.

The center’s website pledges to be “dedicated to the empowerment and transcendence of Black and brown folks socio-politically, economically, intellectually and artistically.”

The Roof Garden Commission: Lauren Halsey is set to open from May 17 through Oct. 23, 2022 at the Metropolitan Museum of Art in New York.