Spreading the word about WeAreNewcastle campaign 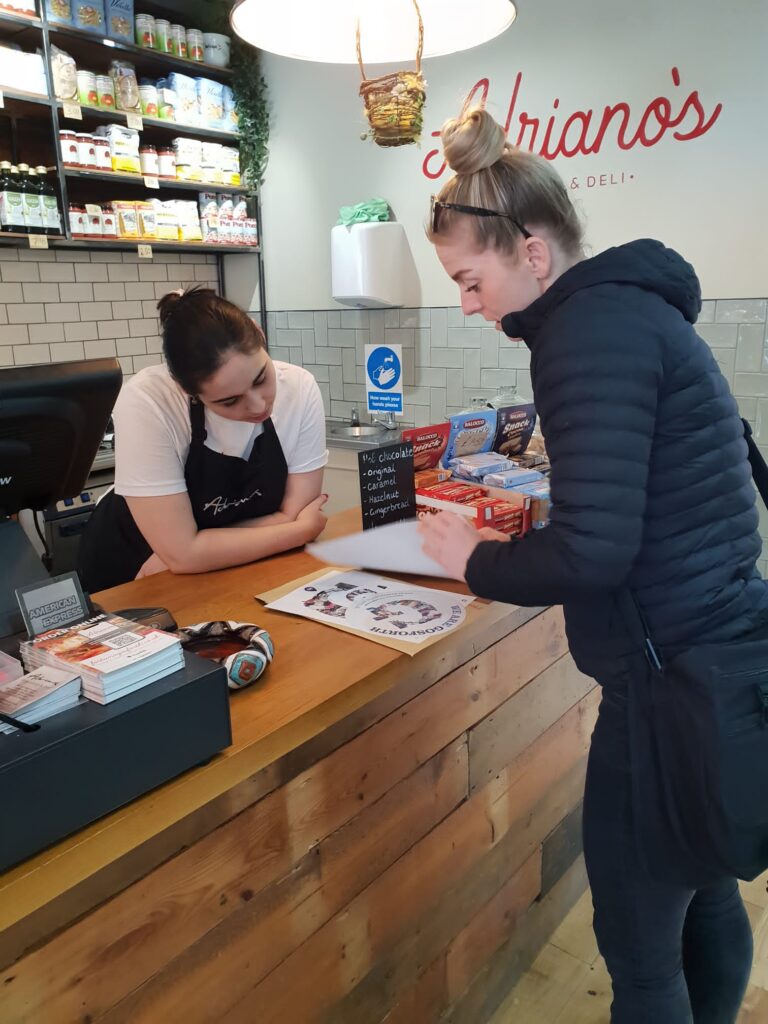 Spreading the word about WeAreNewcastle campaign

Independent retailers, cafes, bars and restaurants in Newcastle’s neighbourhoods have joined forces to help spread the word about a new local pride campaign.

The WeAreNewcastle campaign was launched in February to celebrate what the city’s high streets and neighbourhoods have to offer residents.

Already more than 250 businesses have signed up to the Geordie Street App, with more signing up every day. The app was launched as part of the campaign to help businesses reach a wider audience and offer customers deals and discounts.

This week a team of campaign ambassadors will be out and about in Heaton; Gosforth; Elswick; Byker; Ouseburn and the Quayside talking to businesses and encouraging them to get involved.

As well as details of the app, businesses will also be given a pack of materials to further show their support, including campaign posters; window stickers; car bumpers and drinks’ coasters, so they can become advocates for their neighbourhood.

NewcastleGateshead Initiative (NGI) is delivering the WeAreNewcastle campaign, on behalf of Newcastle City Council, having received funding from the Government’s Welcome Back Fund via the European Regional Development Fund (ERDF).

Sarah Green, chief executive of the NGI said: “It’s fantastic to see so many businesses signing up to show their support for this campaign. Our teams will be out chatting to more business owners this week and will be showing them the benefits of signing up to the Geordie Street App.

“Of those 200 businesses already involved, many of them are now taking advantage of the new services the app can help them set up such as click and collect and delivery services.

Cllr Ged Bell,  cabinet member for Development, Neighbourhoods and Transport at Newcastle City Council added: “We are committed to supporting our communities and helping local areas stimulate their economic development. The WeAreNewcastle campaign is not only helping businesses to adopt new innovation but is also spreading the message of the fantastic businesses we have across the city.”

To find out more go to https://wearenewcastle.org.uk/. You can also download the app via the App Store or Google Play by searching for Geordie Street.