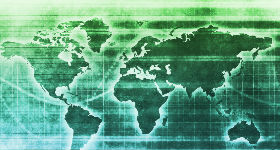 Strategic Solutions Group (SSG), which has provided technology solutions to public health departments throughout the United States for more than 15 years, has been awarded an ITS75 Multi-State Software and Services contract, allowing the company to sell its technology to public health departments in five Northeastern states that are home to more than 10 million Americans. This is a major milestone for the company, which works with hundreds of local and state governments throughout the United States to improve their ability to meet public health targets ranging from COVID immunizations to lowering the risk of lead poisoning.

The ITS75 contract is valid in Massachusetts, Connecticut, Maine, Rhode Island, and Vermont, and allows SSG to sell directly to the state and local public healh departments of those states, as well as major cities including Boston and Providence. ITS75 saves time and money, as it means SSG has already been vetted and approved. This streamlines the procurement process timeline, as there’s no need for additional due diligence as there would be for companies without an ITS75 contract.

“ITS75 contract is a major step for us because it allows public health departments to deploy our technology and improve the health of their communities much faster than ever before,” said John Schaeffer, Chief Executive Officer of SSG. “We hope our software and services reduce the burden on both health care providers and public health employees in these five states so they can focus on what matters most: keeping people healthy.”

SSG expects to announce service contracts with the public health departments of several of these states in the near future.

SSG is dedicated to modernizing the delivery of essential services in our communities. For two decades, SSG has partnered with over dozens of states and municipalities to improve their workflow, data management and IT systems implementation and operation. SSG’s flagship product, Casetivity, was purpose-built to automate essential workflows in public health organizations. SSG’s solution suite for public health transforms the way these organizations manage and execute their programs through data management and workflow automation.