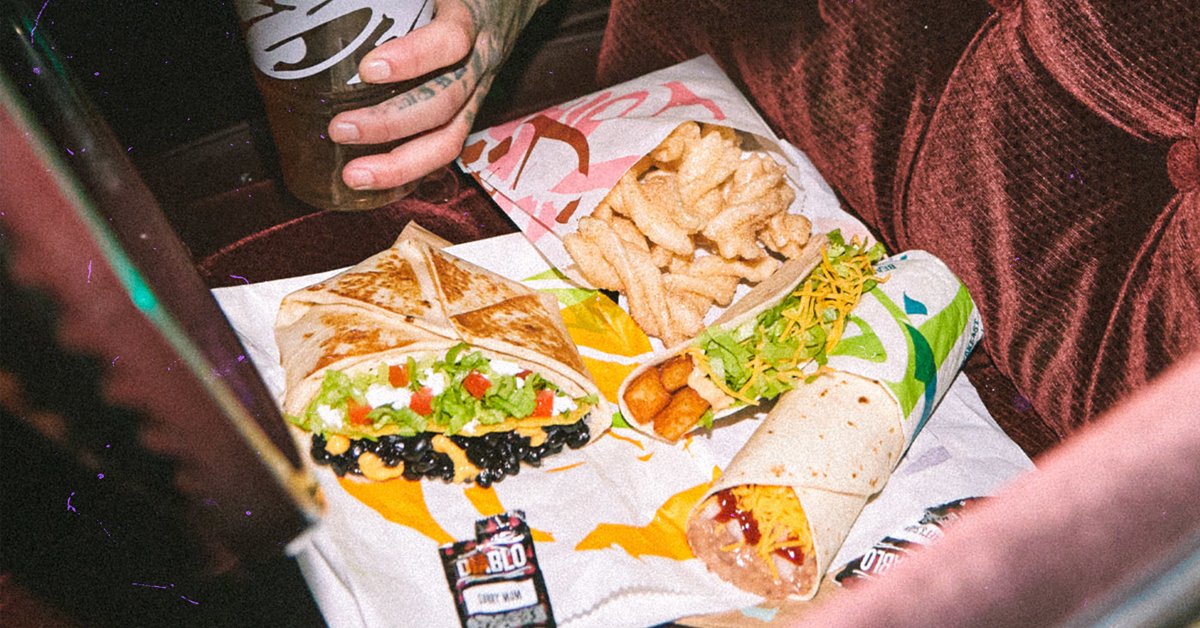 Taco Bell turns 60 today, and to mark this milestone, the fast-food chain has added a new vegetarian combo to its menu.

“I could not be more proud of what this brand has accomplished in our home of Southern California and beyond over the last 60 years,” said Mark King, Chief Executive Officer at Taco Bell, in a statement. “Taco Bell is a brand that not only feeds people, but enacts change and drives creativity in our team members and our fans. This anniversary is a thank you to everyone, especially our fans and the incredible people I work beside, both at corporate and in our restaurants.”

Sean Tresvant, Global Chief Brand Officer at Taco Bell, added: “Anniversaries are for celebrating, and what better way to kick that off than with the foundational support that has made Taco Bell what it is for the past 60 years, our Team Members. Bringing that to life through our partnership with another iconic LA brand, Born X Raised, allows us to recognize the power of local influences on the world, and of course the people who bring it to life every day.”

Taco Bell was founded by Glen Bell, an entrepreneur who first opened a hotdog stand called Bell’s Drive-In in San Bernardino, California in 1948. Located near his hotdog stand was a Mexican restaurant called the Mitla Café, which became famous for its hard-shelled tacos. After seeing lots of people lining up for the said menu item, Bell attempted to reverse-engineer the food’s recipe. Eventually, the owners of the Mitla Café let him see how the tacos were made. He then took what he had learned and opened a new stand in 1951.

Fast-forward to 1962, Bell opened the first Taco Bell at 7112 Firestone Boulevard in Downey, California, which served the original menu items: Tostadas, Burritos, Frijoles, Chiliburgers, and Tacos. In 1964, the first franchisee opened, in Torrance, California. Then in 1970, the chain went public with 325 restaurants. As of 2018, Taco Bell serves over two billion customers each year, at 7,072 restaurants, more than 93 percent of which are owned and operated by independent franchisees and licensees.