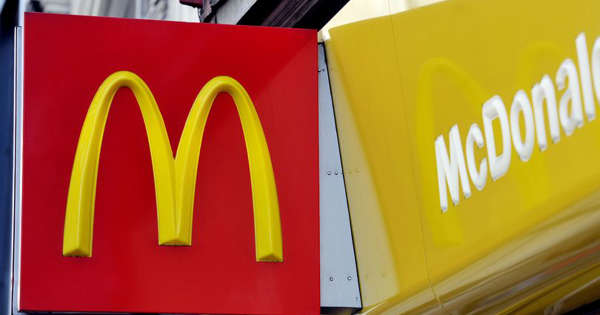 © PA The offers will be running throughout April


Fast food fans can snap up 99p burgers and 20 per cent off at McDonald’s this week – but only if they have the app. The restaurant chain has revealed more than a week’s worth of offers for customers who order by phone this April.

From today, April 1, to April 10, customers can redeem offers by playing fun games via the app, such as Popping Balloon, Jack-in-a-Box, Pinata and Party Poppers.

At the end of the game, players will be presented with a tasty saving on selected menu items, which change each day.

READ MORE: Campaigner Jack Monroe creates new McDonald’s burger that ‘needs to be on the menu’

Some of the offers include a Big Mac, McPlant, Triple Cheeseburger or Quarter Pounder with Cheese for 99p, with other deals like save £5 when you spend £20.

Another deal sees customers enjoy 20 per cent off their order – but only on Monday, April 4 and Thursday, April 7.

The discounts continue throughout the entire week until April 10. Here’s what’s up for grabs:

All the deals are available exclusively on the McDonald’s App, which customers can download here to redeem the offers.

Participating restaurants will be open for walk-in and takeaway, or customers can order via the Drive-thru, McDelivery and Click & Serve using the McDonald’s App.

McDonald’s lunchtime menu is available from 11am daily.