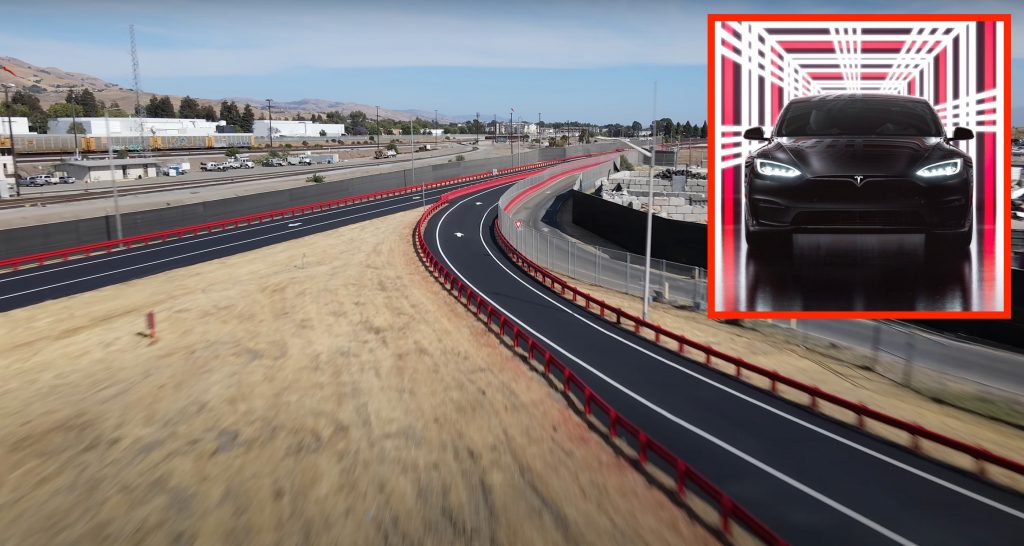 Tesla’s test track at the Fremont Factory has been recently refinished, seemingly in time for the Model S Plaid’s upcoming customer deliveries this Thursday. The newly refinished track may be used by Tesla as the site for the revamped flagship sedan’s test rides.

A video of the newly refinished test track was shared online by drone operator and EV advocate Tesla Fremont Flyover, who has been following the development of the Fremont Factory and Tesla’s other nearby facilities over the past months. Segments of the video that focused on the test track showed that the location has been cleaned up, with some of its red guard rails and dividers seemingly being repainted.

The reasons behind Tesla’s rework of the Fremont Factory’s test track have not been disclosed by the company, though speculations suggest that the site would be used for the Model S Plaid delivery event. The first batch of Model S Plaid units are set to be delivered later this week, and there is a high likelihood that the company will be offering test rides for attendees of the event.

This was hinted at by Tesla Head of Investor Relations Martin Viecha, who noted on Twitter that the Model S Plaid’s first customers are about to find out how it feels to drive a “hydraulic launch roller coaster.” Viecha’s words may not be hyperbolic at all, considering that the Model S Plaid will boast a 0-60 mph time of 1.99 seconds from its three electric motors.

The recent drone flyover of the Fremont Factory did not only provide a first glimpse at the site’s refinished test track; it also showed even more Model S sedans that look ready for customer deliveries. Aerial footage of the Model Y production area has hinted that both of the facility’s Giga Presses are now operating, and construction work near GA4.5 is still ongoing. This suggests that Tesla remains determined to end the second quarter on a high note.

A video of Tesla’s newly refinished test track could be viewed below.